A Brief History of the Ford Explorer: Part 1

The Ford Explorer is one of the most popular SUVs ever made. Since it first rolled off the assembly line in April of 1990, it has captured the loyalty of drivers of all kinds due to its affordability and versatility. The Explorer offers drivers a way to take advantage of increased passenger space and increased cargo space in a sportier package than what minivans had to offer. Here’s how the Ford Explorer made it through the first generation.

The Introduction of the Ford Explorer

Ford didn’t make it to the market first with a mid-size SUV - that title was earned by the Jeep Cherokee and Isuzu Trooper in the mid-1980s. Ford did, however, manage to make an SUV in the still fresh segment that would prove to be one of the most popular vehicles in their lineup — the Ford Explorer. 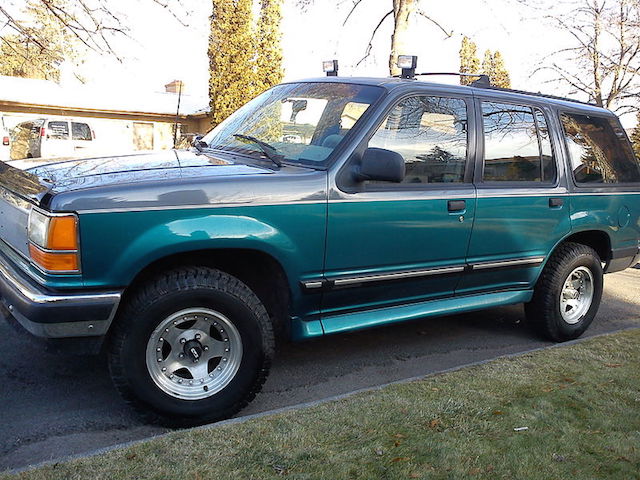 It made its debut in 1990 as an early 1991 year model. Buyers could purchase the Ford Explorer as a two-door or four-door model. Unlike many competitors, Ford built the 2-door Explorer with a shorter wheelbase than the 4-door version — making it 102.1” for the 2-door and 111.9” for the 4-door. Ford’s logic was that the 2-door appealed to those who wanted a sportier, more easily maneuvered SUV while people wanting more passenger space would go for the 4-door model. Curb weight for the two-door was also 300 pounds less than the 4,000 pound 4-door version.

What really impressed the world about the Explorer was the luxury car-like features of this SUV. It came with leather seating, a JBL audio system with CD player, and a few other upgrades in the Eddie Bauer models. Combine that with the higher driving position, up to 81 cubic feet of cargo hold for the four-door versions, and toughness of a truck, the Explorer was really a no-brainer choice in the segment — and even for those who weren’t necessarily looking for an SUV.

During the first year, the Ford Explorer placed third in truck sales.

The Explorer was made in three different trim levels: the base XL, Sport, and Eddie Bauer for the two-door and base XL, XLT, and Eddie Bauer for the four-door version. Sport trim level offered features like blacked-out exterior accents, illuminated visor mirrors, aluminum wheels, and a few other refinements throughout. The four-door XLT had power windows, power locks, power mirrors, cruise control, and a tilt steering wheel. For the Eddie Bauer edition, Ford threw in the most stylish options like two tone paint jobs, alloy wheels, and plush interiors. 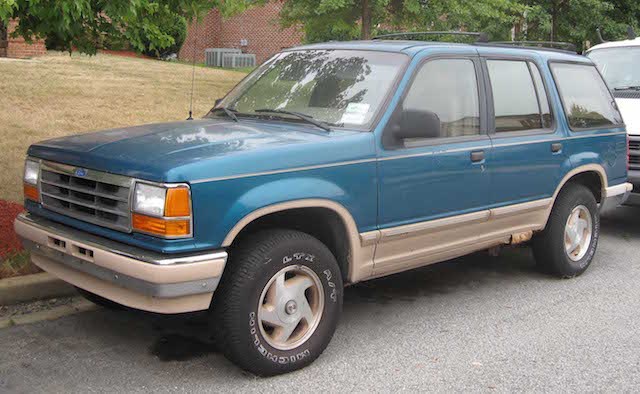 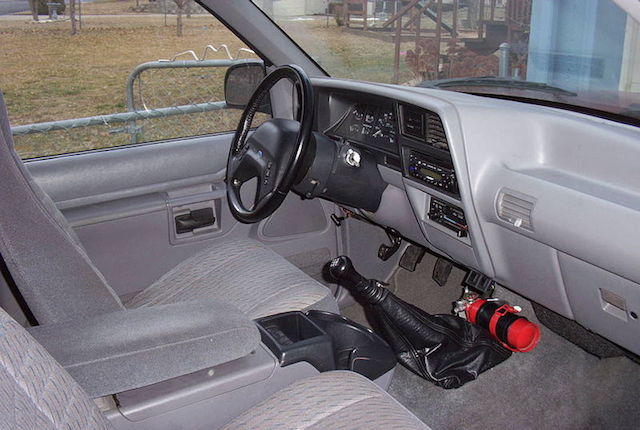 The rugged body-on-frame construction was host to a 155 horsepower 4.0L V6 backed by a five-speed manual or four-speed automatic transmission. Four-wheel drive systems were available with a “Touch Drive” version that allowed for shifting on the fly, with buttons on the dash — or a manual system with the lever on the floor and manually locking front hubs. Rear ABS was standard on all models as full ABS was not yet available. 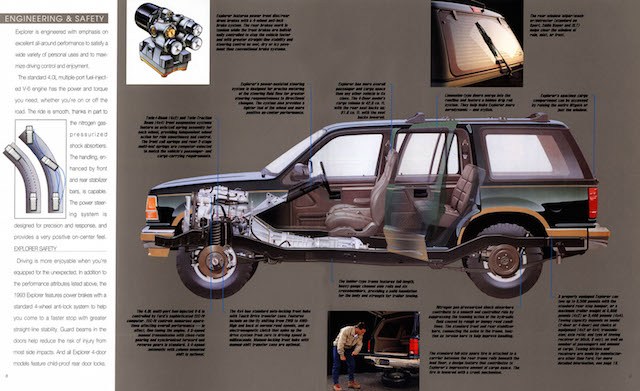 For people who wanted to drive the Explorer in a sporty way - the way they were intended to be driven - the 4WD came with a low range to handle some serious off-road duty. Towing capacity was rated up to 5,600 pounds, varying by model and equipment options.

Changes Throughout the Generations

Ford didn’t change a whole lot for the 1992 year model — they didn’t need to, it was a red hot contender in the market.

The rear axle gear ratio was changed from 3.55:1 to 3.27:1 to improve fuel economy and lower RPMs at highway speeds. Air conditioning performance was also improved, and a new alloy wheel was added for the XLT and Eddie Bauer models. Optional for the bottom trim levels, but standard for Eddie Bauer, were six-way adjustable seats, dual front cup holders in the center console, and one-touch down for the driver’s side window.

In 1993, the major change was the addition of four-wheel anti-lock brakes and now standard stress reducing binders. The V6 engine gained 5 horsepower to total out at 160 horsepower. Little changes like a new steering wheel, revised instrument graphics, and new wheel designs rounded out the changes in 1993. Otherwise, Ford didn’t try to fix what wasn’t broken! The Explorer was definitely proving itself to be America’s top-selling midsize SUV.

1994 saw virtually no changes as 1995 was set to be the year of the revamp! Stay tuned for part two to find out what changes Ford saw fit for the second generation Ford Explorer.