If you’re looking for a zombie apocalypse-proof vehicle, look no further than this beefy F-150: 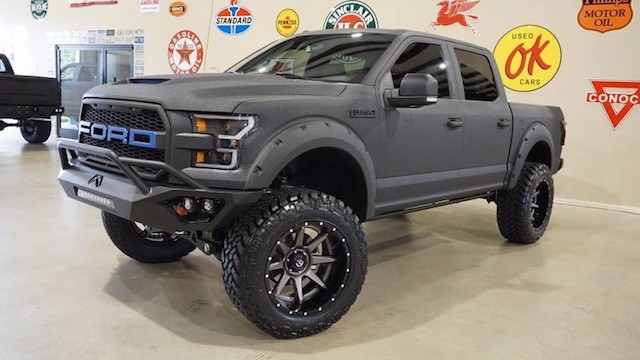 It can take you over the roughest terrain, light up the darkest of places, and shield you from zombies all day long. If you have $80,000 in your zombie apocalypse budget, you could snatch up one of these custom trucks before Rick Grimes or anyone else does!

When Dallas-based car dealership Texas Vehicle Exchange acquired this brand new 2017 F-150 (with only 115 miles on it), they transformed it. The truck went into their shop a regular ol’ F-150 and came out a mean machine loaded with crazy cool upgrades.

Check out its most notable feature: the Raptor black Kevlar paint job. 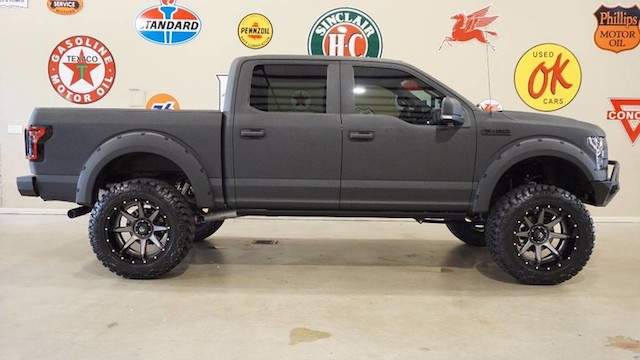 The military-grade look of this truck will definitely turn heads on the street, along with its other awesome custom upgrades. What else sets this mean machine apart from regular F-150s? Let's see...

Let’s take a look at the front of the truck first: 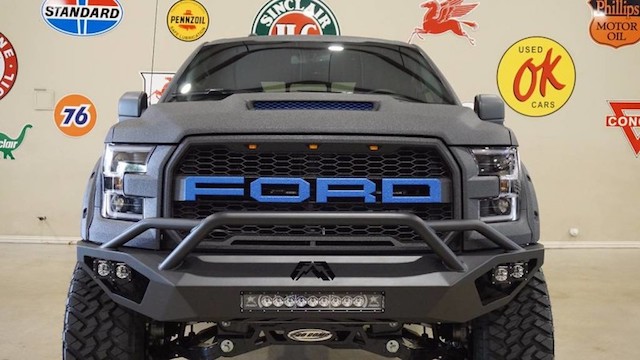 There’s a whole lot of upgrades. Can you spot them all? 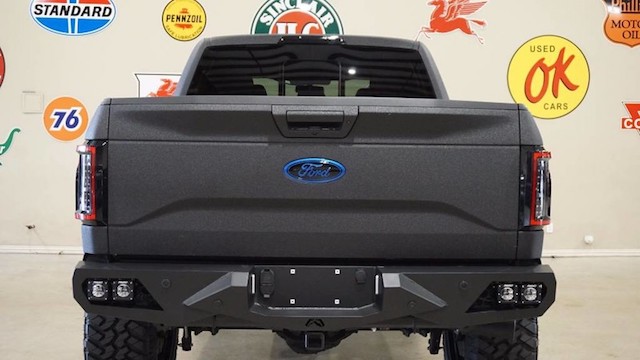 If you go around to the back of the truck, you’ll see another Fab Fours Vengeance bumper, another set of Rigid Industries Radiance LED spot lights, and ANZO LED tail lights.

The sides have a couple cool mods too, including Bushwacker fender flares and AMP Research PowerStep running boards with LED lights. To say this truck is rugged would be an understatement.

We know that this truck looks tough, but does it act tough? Yes, it does. 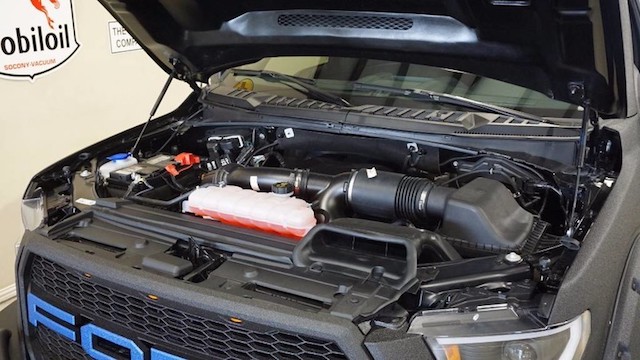 Texas Vehicle Exchange opted to leave in the 3.5L Ecoboost engine – which we think is a great decision – and make several performance-based upgrades to the truck, including a new Diablo Sport Predator 2 tuner, a Catback exhaust system, and new wheels and tires. 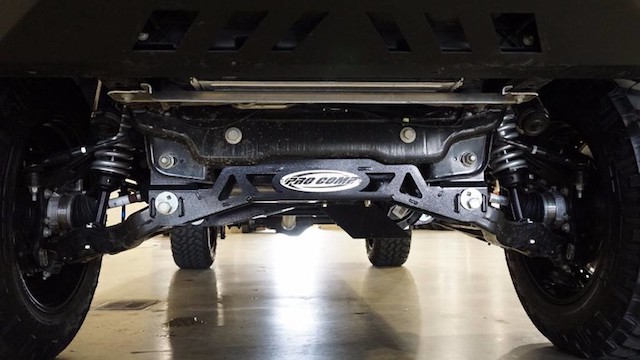 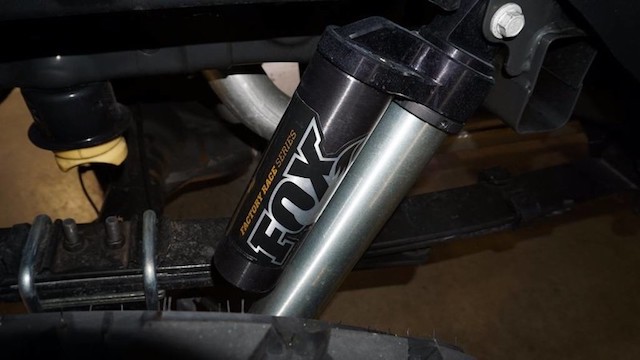 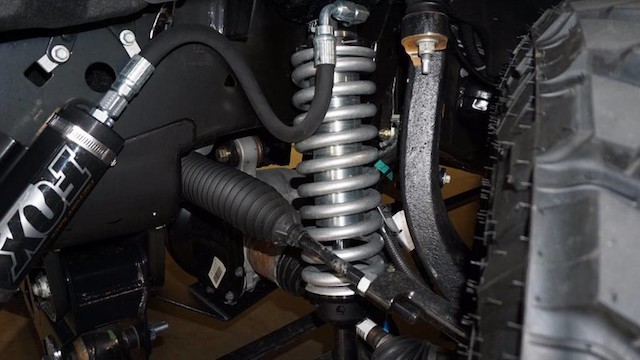 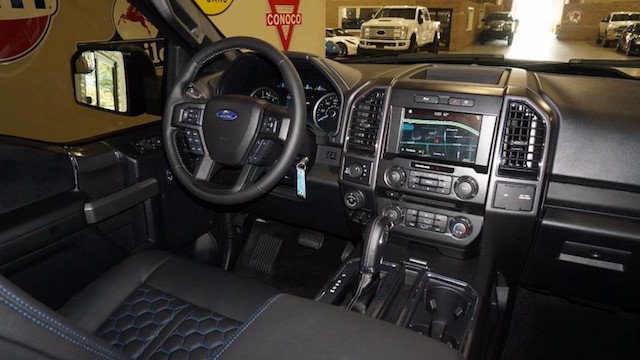 Upon first glance, the interior looks like one you’d find in a standard F-150. This F-150 came loaded with optional upgrades offered by Ford, including (but not limited to) heated seats, a twin panel moonroof, and an extensive navigation system. It appears that the only thing Texas Vehicle Exchange did to the interior was add Alea black leather seats with blue stitching. If you ask us, nothing else needed to be done to the interior because the F-150's stock interior is already comfortable and luxurious enough. 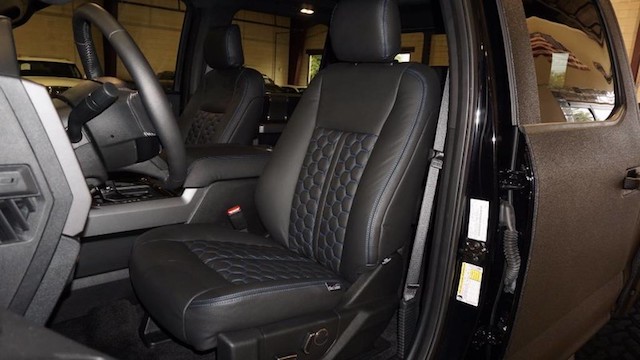 If you had this beast during a zombie apocalypse, what would you do with it? Tell us on Facebook!