It seems like it has been a lifetime since the Ford SVT Focus appeared on the scene in late 2001. A sporty hatchback, it threw the automotive world for a curve with its performance. What was so great about it? Mostly everything. 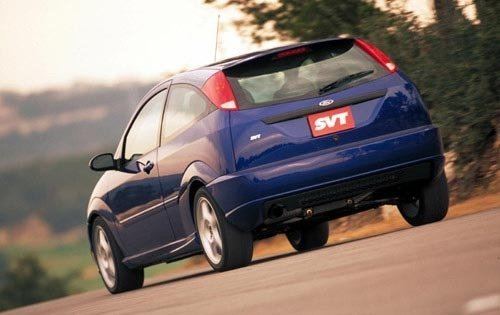 The Ford Focus has been on the market since 2000 and was considered to simply be an economical around town grocery go-getter. That is until Ford's Special Vehicle Team (SVT) got their hands on it. The new Focus SVT appeared in late 2001 as a 2002 model. It took the small car and added a LOT of performance making it a very sporty hatchback with the aim of taking on the VW Rabbit GTI head to head. Prior to its introduction, there have been many competitors of the Rabbit, but none had come close. 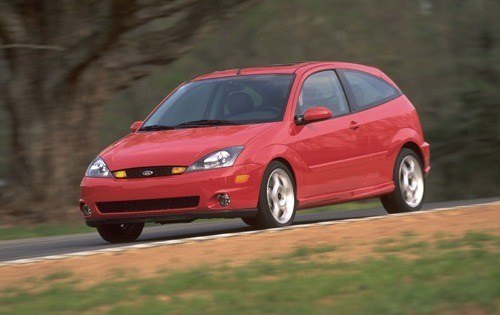 A fun to drive small, sports car in disguise, it could put out up to 170 HP, 145-lb-feet of torque with zip. Steering was responsive to the driver and the suspension with wheels kept it glued to the road. Car and Driver said it could go 0-60 MPH in 7.5 seconds and had a top speed of 125 MPH. It is hard to believe that this sports car had an MSRP of just $17,995.

The SVT Focus is a refreshing departure from that tradition of faux Ford hot rods, a small-scale street tiger that burns particularly bright against the dreary backdrop of the badge jobs of the past. 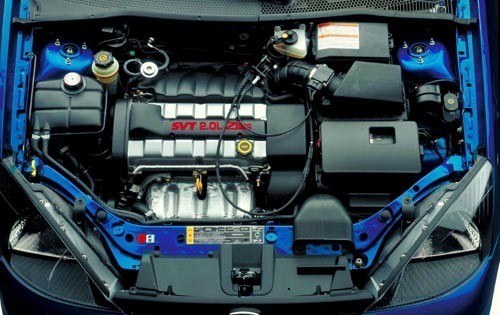 SVT improved the engine to put out 40 more HP.

The engine was also reworked to have 40 more HP (130 to 170) and the compression ratio was increased to 10.2:1. This was done because the 2.0L Zetec engine was reworked with a special aluminum cylinder head. It also featured:

This improved engine was mated with a six-speed transmission. All this power meant the power steering had to be improved for a sharper response, larger disc brakes were added, the suspension was tweaked to be stiffer and the rear got an anti-roll bar. 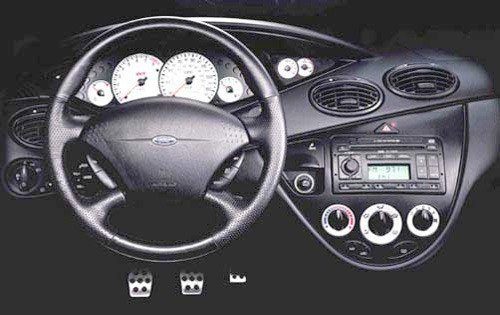 The sporty interior included the racing pedals and leather throughout.

On the inside, the interior was given leather seats, steering wheel and shift knob. You could select different options like a powered sunroof, improved audio with a seven-speaker Audiophile sound system, heated seats, traction control, heated side mirrors. For just the 2003 and 2004 models, you could get HID xenon headlamps.

The car was only given 4 color choices at the outset: white, red, black and blue. A Screamin' Yellow and Competition Organge in the 2003 model year within a new European Appearance Package. This package included new seats and fifteen-spoke dark argent colored wheels.

Sadly, the production of this SVT package only lasted through 2004. The main changes were simply the amount of doors available, with a 5-door offering coming in 2004.

You can still find plenty of these cars although the "stock" supply is dwindling. Many of them have been significantly altered into street racers and many carry nitrous oxide. Also, improving the fun of these cars, is a V8 modification for them.

The car still has a large following. Here are some links we gathered from various sources.

Do you own a Ford SVT Focus? Let us know below!