The latest generation of Police and Special Service Vehicles from Ford are truly top of the line. Set for patrolling, pursuits, housing K-9 units, or surveillance, these high-tech vehicles are ready for it all - and they're a world away from what we started with nearly 100 years ago. 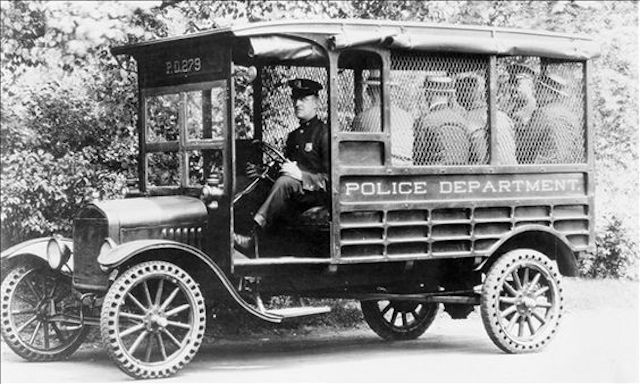 Behold, the 1919 Model T police truck, also known as the “Paddy Wagon.” Police would generally use this truck to transfer rowdy folks to holding cells. Ford's later introduction of the inexpensive 1932 Model B and its flathead V8 helped police departments on a budget develop a road presence.

It wasn't until 1950, when the post-WWII law enforcement boom hit US shores, that Ford took advantage of the rapidly expanding police force. Enter the 1950 Ford sedan, the first made-for-cops cop car that was known for its “great new comfort, road ability, handling, low cost operation, reliability, safety and long life.” 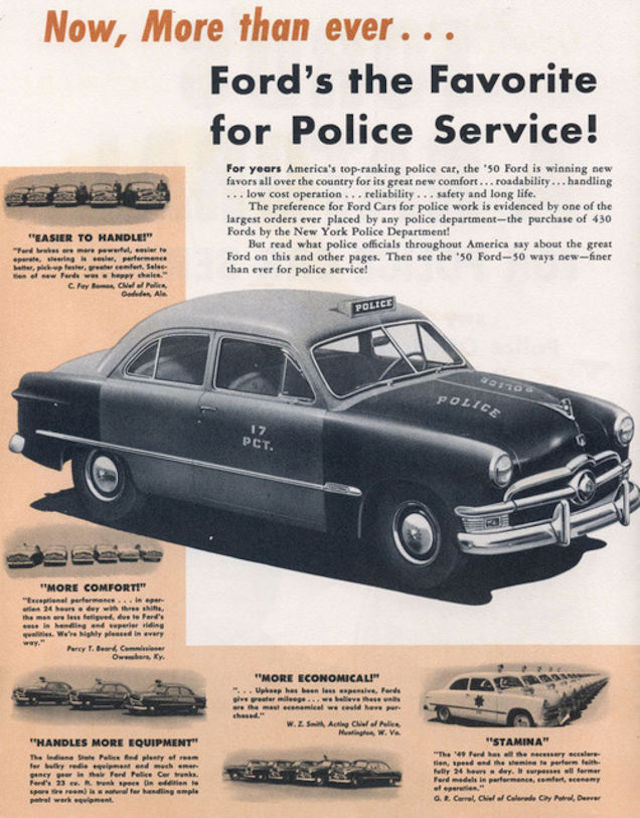 This police ad also points to the largest order ever placed by a police apartment, which was for 430 Fords for the NYPD! 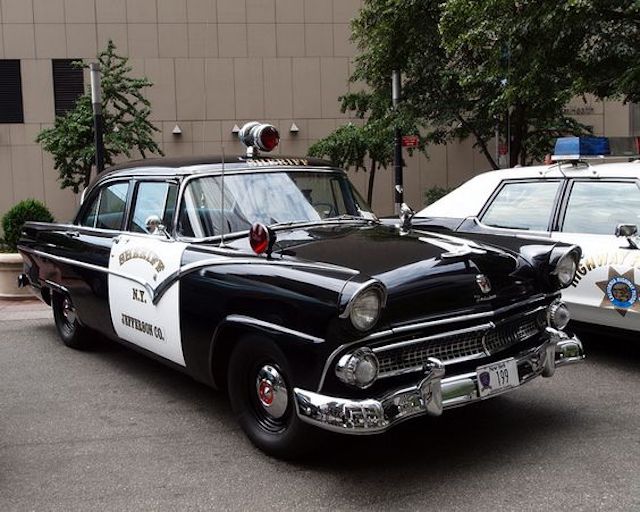 From the 50s to the 60s, Ford's police vehicles flirted between full-size and mid-size. Popular choices were the Fairlane and the Mainline, depending on what the police department needed. 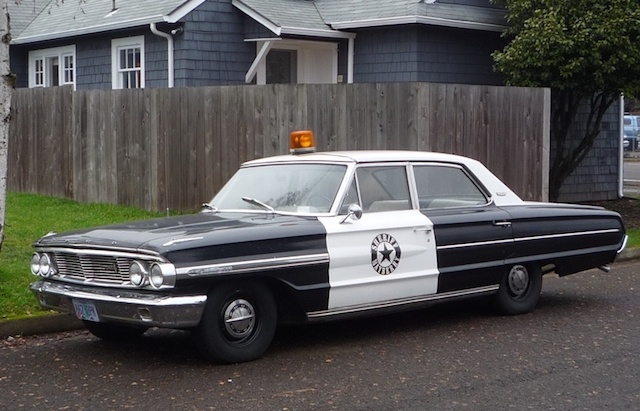 With the 60s came The Beatles, moon landings, and the Ford Galaxie police car (which became iconic thanks to Andy Griffith). Most police forces opted for the 390 pushrod V8, which had an output of over 400hp when outfitted with three two-barrel carburetors.

Remember the Ford Torino? Before you yell “Get Off My Lawn,” remember that it was the quintessential police car of the 70s. Equipped with a poppy V8, the Police Interceptor versions included high-po camshafts, aluminum intakes, and strong internals that produced more power. 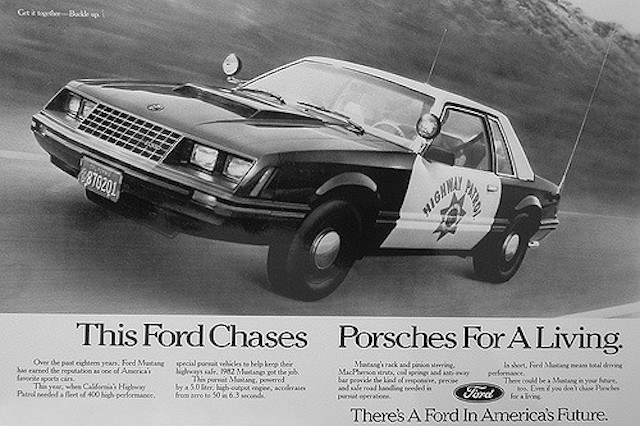 Before we get in to the Crown Vic, it's important to mention the Mustang SSP. Though only 15,000 of these were produced between 1982 and 1993, the Mustang SSP were feared on the highway and immortalized by pinpoint ads like the one above. Packed with a 5.0L V8 engine, the Mustang SSP was used by police departments as a high-speed enforcement vehicle.

While the Ford LTD and even the Bronco were sprinkled in as police cars in the late 70s, it wasn't until the Crown Victoria came along that a true squad car was born. 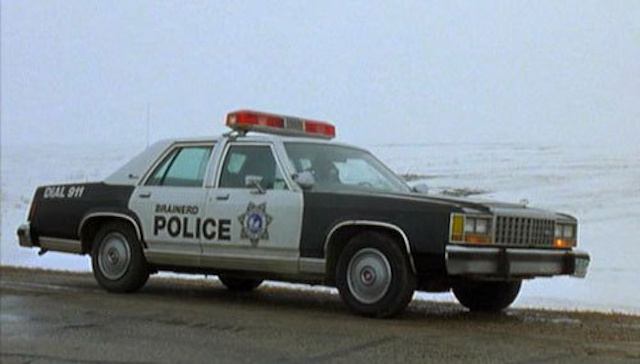 Over 20 years, the Crown Vic evolved slightly. The Crown Victoria P71 Police Interceptor featured a 4.6L modular V8 that could cruise up to 150 mph. Beefed-up shock absorbers, dual exhausts, and black steelies were also standard. A redesigned second generation debuted in 1998 with larger lights and a bit more height, but mechanically was very similar to the previous generation.

Through the end of its production in 2012, the Crown Vic was popular in both police departments and the aftermarket community, as we've chronicled here. 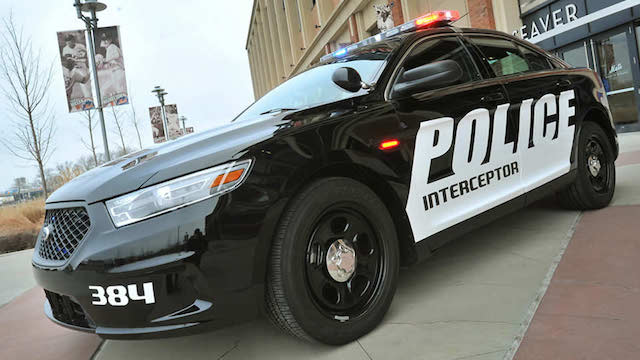 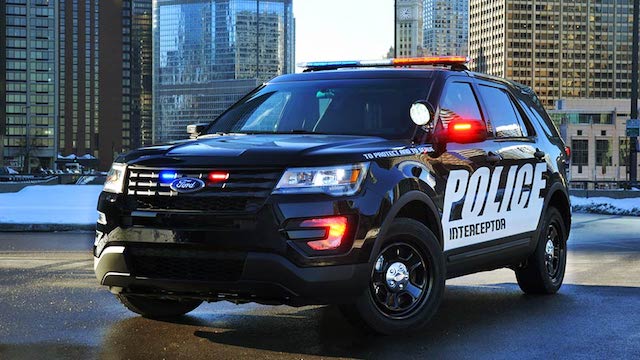 The Police Interceptor Utility. A dressed-up Explorer, the 365hp EcoBoost V6 makes it capable both on the road and on rougher terrain. 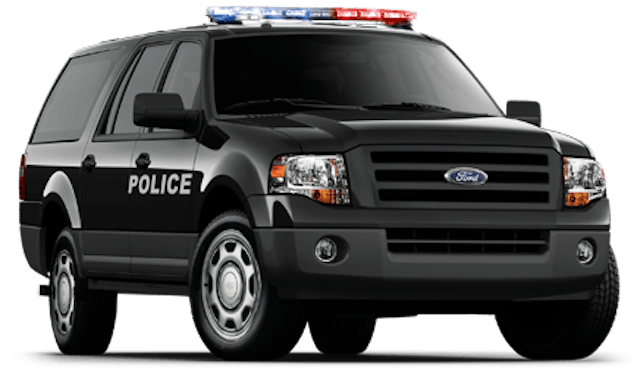 Expedition SSV. This Special Service Vehicle is a spacious upgrade from the Interceptor Utility and features a state-of-the-art 3.5L EcoBoost twin-turbocharged direct-injection engine ideal for tactical work and off-road duties. 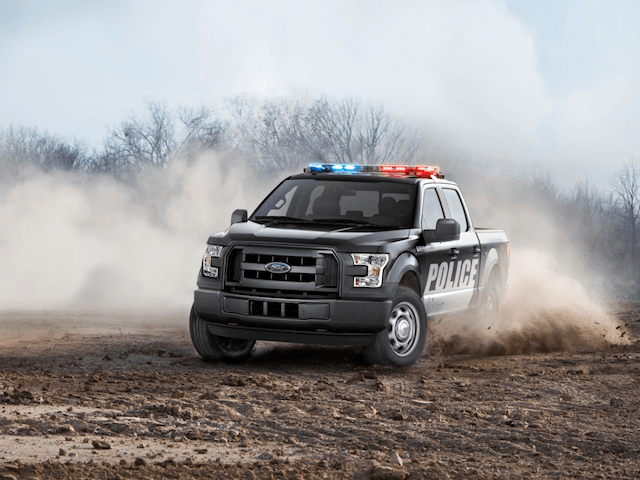 F-150 SSV. This truck is “engineered to stand up to punishment,” according to Ford. Available in an XL SuperCab and SuperCrew options, the F-150 SSV features a 5.0L V8 FFV engine that can tow 12,200 lbs. 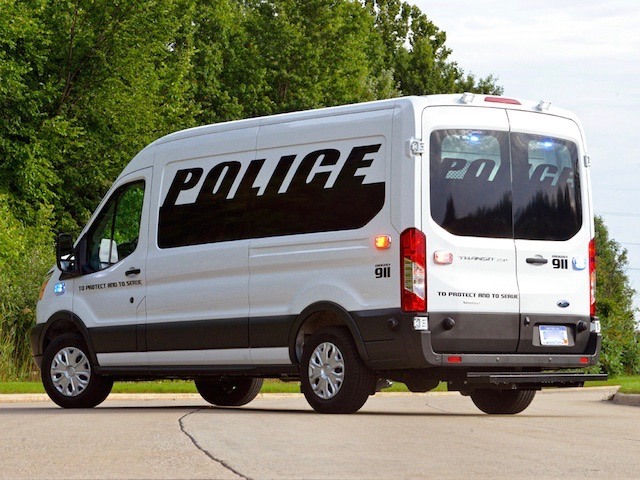 Transit PTV. Used to transport prisoners, this van is just as tough as the rest.

Which past or present police car is your favorite? Let us know on Facebook!