That was a New Yorker headline on September 3, 2013, right after the last Crown Vic rolled off the assembly line. This marked the end of production for one of America’s most iconic vehicles, and the car most likely to make you tap on the brakes.

Indeed, Ford’s Crown Victoria was associated with the police like a football was to Joe Montana or Oscar statuettes with Meryl Streep. First manufactured in 1979, it wasn’t until a heavy redesign in 1992 that law enforcement took advantage of the Crown Vic’s heavyset, tank-like body and spacious interior. Seriously, if you’ve ever sat in a Crown Vic (let’s hope under the right circumstances) you’d know it’s like a living room in there.

Custom car enthusiasts flocked to police auctions want the Crown Vic for these reasons. Spacious, reliable, and quite affordable, the Crown Vic is a more than solid sedan that’s easy to customize. Just check out these slammed Crown Vics that still hold up today. 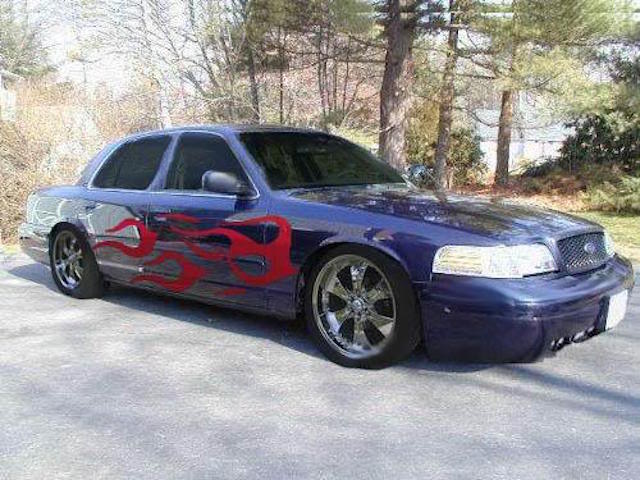 Let’s start with an easy one. Shiny rims, red flames, and sitting lower than the speed limit in a school zone. 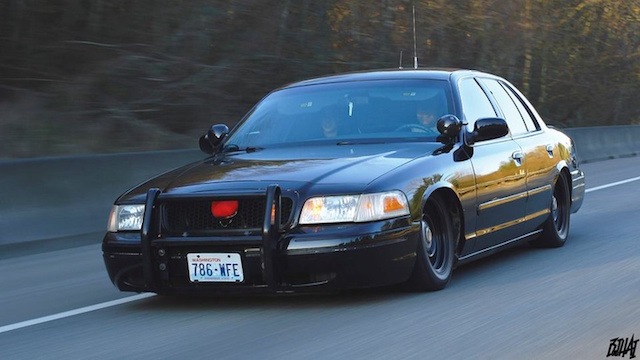 Life advice: Never lower your standards. Unless that standard is a Crown Vic, in which case we’d highly recommend it. 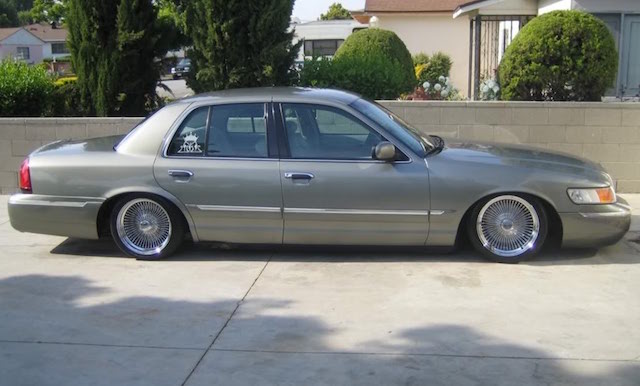 When they’re not painted black or white, Crown Vics look pretty normal—until you add some eye-catching rims that cut them down a couple notches.

“You have the right to remain silent—but please pick your jaw up off the floor. It’s just a police car.”

This Crown Vic has an attitude and the teeth to show it. Overall, it's a pretty sweet paint job.

In the not so distant future, an old car enthusiast will dream of finding a ’99 Crown Victoria just like this one. However, once he finds it, he’ll probably want to install the flying car upgrade and optional warp-drive rocket boosters. Here’s to hoping he keeps the flames. 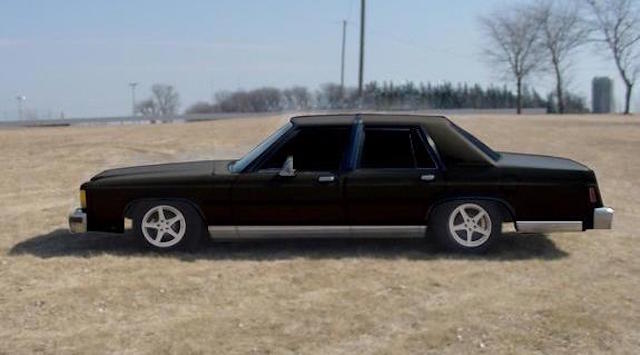 Yes, the Crown Vic existed before the intense 1992 redesign—just without the rounded edges we’re used to. This 1987 model sits low, with a jet-black paint job and tinted windows for a classic look. 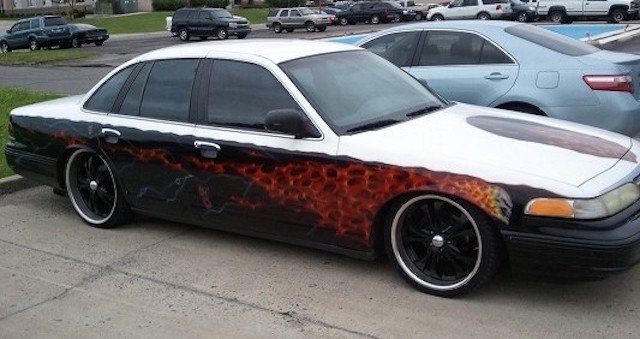 1997 was a great year if you were a Denver Broncos fan or an owner of a brand new Crown Vic. This one looks like it’s been cared for since rolling of the production line, and someone added the coolest car flames we’ve ever seen.