Ford will partner with General Motors to work on a new transmission technology. The new 9- and 10-speed gearbox will try to provide better fuel economy and a smoother driving experience. 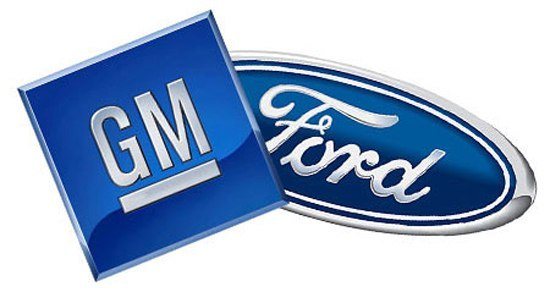 Ford and GM will partner on new 9- and 10-speed transmission in hopes of developing more fuel efficient and smoother vehicles.

The new transmissions will each have different applications and will both be automatics. According to story on Automotive News,  GM is leading the development of the 9-speed to be used on front-wheel drive vehicles. While Ford is focusing on the 10-speed that will be used on rear-wheel drive vehicles such as trucks and performance vehicles like the Mustang.

While the new CAFE standards are pushing all automakers to find more MPG in their vehicles, these new transmissions will also focus on a smoother driving experience. The smoother driving goal is to reduce noise and vibration. Essentially having more forward gears means the engine doesn't rev up as much as it used to prior to shifting. This creates more fuel efficiency and a smoother ride with less transmission "jerking."

Many analysts were taken aback by the partnership between the long-time rivals. It is really more just a sign of the times. Many automakers have been teaming up lately in hopes of slashing research and development costs while creating new manufacturing efficiencies.

For example, Chrysler recently worked with German transmission specialist ZF in creating an eight-speed auto for the 300 sedan. This smooth riding sedan has been featured in many commercials touting the return of Chrysler. It makes a lot of sense then for Ford and GM to work on building new transmissions to counter the competition.

Sources told Automotive News that the new transmission is on track for a "mid-2014 launch and probably would go into at least one Cadillac, likely the CTS sedan, and eventually GM's pickups and SUVs."

The question that collaborations like this brings up is, will differences in automotive brands still exist? It seems it is increasingly becoming the case that car parts and technologies are being shared across many different brands. Someday will the only difference between our vehicles be the logo on the front?