Sometimes a certain model vehicle will have ongoing issues with a certain part. Unfortunately, if you drive a Ford Focus, you may already know this. There seems to be a high number of complaints about Ford Focus alternators on models made between 2005 and 2007. If you are having alternator problems, here are possible causes, and the easiest way to fix them.

Start Your Search For A Replacement Alternator Here 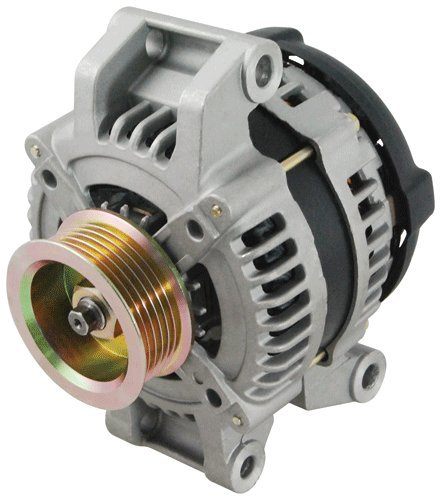 The Problem With The Focus Alternator

During the 2005-2007 Ford Focus production, there were several complaints about alternators that failed before they should. The problem is not with the alternator itself, but with its positioning. Specifically, the alternator is positioned by the exhaust manifold with the catalytic converter. The exhaust manifold with cat is the hottest part of the car when it’s running. Temperatures run in the high hundreds after a short time driving. Throw in the plastic heat shield, and there’s some serious heat making it to the alternator.

Eventually, excessive heat may cause premature failure. This isn’t a guarantee, but it’s not uncommon either. This problem isn’t necessarily specific to just the Focus; many vehicles from many different brands have similar issues, and people have discovered what solutions work.

Solutions To Protect The Alternator

If your car has already been affected by this problem and your alternator is running weak or has failed, replacement is somewhat easy and can usually be done at home. One thing you don’t want to do is use an aftermarket alternator as these have an even lower heat tolerance than high-quality OEM units. Purchase a genuine Ford alternator for replacement.

Refer to a 2005-2007 Ford Focus repair manual for the most specific way to replace the alternator — there you’ll find more details on exact procedures. Here’s a quick overview so you know what kind of task lays ahead:

Make sure the vehicle is completely cooled. Keep in mind the placement of the alternator and its relation to the exhaust. It will take hours to cool from running even a short amount of time.

Ford Focus alternator issues don’t have to mean trip after trip to the mechanic. If you address the heating problem and replace damaged units with genuine OEM Ford parts, you’ll likely not have to deal with it again for many miles.