When Ford decided to end the U.S. production of the Ranger, the thought was that many truck buyers would move up the F-150 instead. While that hasn't always panned out, could a new Colorado Canyon draw more customers away from Ford? Maybe so. 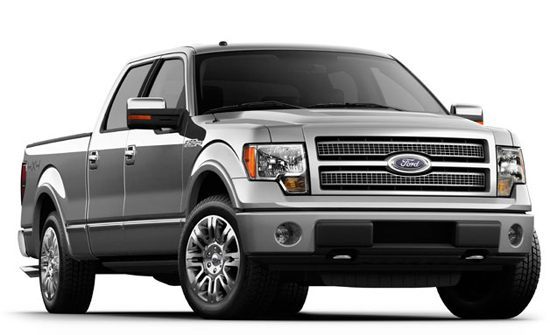 Ford planned to have compact truck buyers move up to the F-150. That hasn't always happened. Will a new competitor in the GMC Canyon, force Ford to reconsider?

Ford's plan to end the Ranger was met with much dismay from Ford fans. Rightfully so, it seems since these customers are now faced with a tough prospect. They either get to buy the larger F-150 or buy a competitors compact truck. This isn't what Ford had in mind when they decided to end production. With both the Ford Ranger and F-150 selling for around the same price and MPG, it seemed to Ford like it was duplicating its products. This was a good thought except for the fact that the Ranger was quite a bit smaller and that certain truck buyers like a compact truck. In fact, Ford has lost some big commercial accounts because of this miscalculation like Orkin which took its 7,000 buy/lease annual vehicle needs to Toyota.

Another problem with Ford's thinking could be the new GMC Canyon that is scheduled to be released in the next year or two. This version will have a lot of premium trim options and features that will compete with larger full-size trucks. And there is a very good chance that it could be offered with a diesel engine. A diesel, compact truck that GM plans to get 25-30 EPA MPG estimates would be a worthy competitor to the EcoBoost F-150.  Also, it won’t have the same big ticket repair waiting for it (see: Ford EcoBoost Turbo Replacement Cost? About $2250).

GMC is banking on customers wanting to downsize away from the large trucks in search of fuel economy while still having a truck's versatility. The new diesel motors are expected to have a lower RPM idle and have a quieter sound to them overall. Also, it is expected to have a large jump in MPG.

While it remains to be seen at what price point this new Canyon would retail for, most analysts believe it has to be a significant difference from the full-size models. If it can be built with these specs and be a reasonable price, Ford may have to reconsider its plan and bring the Global Ranger back to the U.S. Currently, the Global Ranger is available everywhere except for North America. It is a compact, diesel powered truck that has garnered a lot of praise.

What will the One Ford future hold in North America? Will competitors force Ford to change its plan?