Since the last first-gen Ford Ranger rolled off the production line in 2011, there has been a gap in Ford's lineup for a smaller, more 'around-town' type of truck. The Ranger was sorely missed, and we discussed the hopeful possibility of its return in a blog post a few years ago - find that here. The death of the original Ranger was primarily due to Americans buying larger and larger trucks. Now, with rising gas prices and more pushes from regulators for safety regulations on larger vehicles, we're seeing the return of smaller light-duty trucks and the smaller pickup market has seen a huge resurgence.

History Of the Ranger 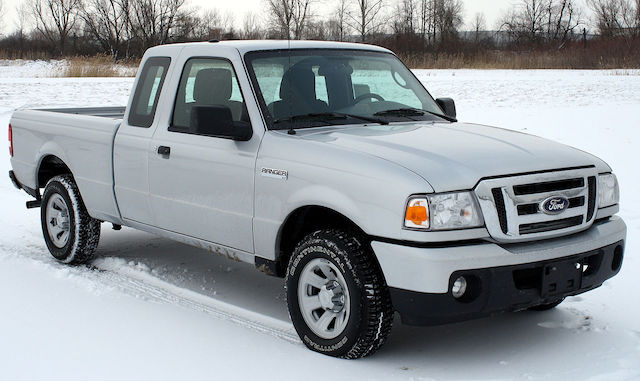 The North American version of the Ford Ranger was introduced as a 1983 year model, replacing the Courier. Ford offered the Ranger in two-wheel drive initially, but a four-wheel-drive option shortly followed. Styling for the Ranger was heavily based on the F-Series pickups, and it had more interior room than similar import trucks on the market.

Initially, the Ranger only came with a 2.3L, 80 horsepower engine, but a more powerful option came along quickly. Transmission options included a standard four-speed manual, optional five-speed manual, and optional three-speed auto. Even though the Ranger was small, it could haul a respectable 1,600 pounds, if you had the 4x4 version. The four-wheel-drive Rangers also had independent front suspension and 15” wheels that offered nearly the same ground clearance of an F-150 4x4.

Base, XL, XLS, and XLT were the four trim levels available. The base model was pretty basic. XL models were a little dressed up with chrome, and color-keyed headliner, floor mats, and seat belts. The XLS models were sportier, with blackout trim, tape stripes, bucket seats, and full gauges. XLT models were top of the line with bodyside moldings, pinstripes, brushed aluminum tailgate trim, vent windows, and a more luxurious interior. 1984 was a rollover model.

In the 1980s, the transmissions were updated as the five-speed manual became standard, and the optional automatic was now a four-speed. The engine was also improved, gaining fuel injection and 20 horsepower over the decade. Ford added an STX trim with a sports suspension, larger tires, two-toned paint, and bucket seats.

In the 90s, an optional 4.0L V6 was made available with 160 horsepower. A new HD automatic transmission option was available as well. Ford welcomed a Sport model to the lineup, which was basically an appearance package. Two-wheel drive versions had access to an optional 2.9L V6. In 1994, Mazda borrowed the Ranger platform for the B-Series truck, and rolling changes continued over the next few years until US production ended in 2011.

The Return Of The Ranger

In 2019, Ford began production of a new Ranger to satisfy demand from customers who were tired of the void left by the empty small truck market segment. Along these same lines, there's even been speculation about a smaller F-100 truck. You can check that out here. For many years Ford was able to sell the F150 alongside the Ranger. Many farmers, contractors, and others with a need for a full-size truck would buy the larger F150. Ranger buyers typically lived in bigger cities or suburbs and used the truck for personal needs rather than rural work.

Another major reason for the return of the Ranger is its size. Half-ton and 3/4 ton trucks are pretty much the same size they always have been, but streets and parking lots have become more congested. Many have begun to realize the value of a more compact truck that's easier to park and uses less fuel.

Even since the introduction of the Ranger, Ford has seen the model take a large portion of Toyota's Tacoma sales, which has held the market for many years. Plus, the Ranger is quickly being picked up by the modification community as we're seeing the re-development of 'street trucks' - a popular type of truck throughout the 80s and 90s.

The Future Of The Ranger

Now that the Ranger has re-entered the market, do you think we'll continue to see the development of smaller light-duty trucks here in America? We expect to see many of those who held onto their last generation Ranger move into the new, more modernized, and comfortable models. The small-truck market may also see a boost due to:

If you've bought a new Ranger, or have an older generation Ranger, check out our large selection of parts here at Blue Springs Ford Parts. We have a 30-year history of selling Ford and Lincoln parts, so we knew Ford Rangers, even when they were new. All our parts are backed by Ford's OEM parts warranty and with a central location here in the US, and you can be sure your parts will ship quickly.