If you ever find yourself in Detroit, you should head over to the Henry Ford Museum of American Innovation. If you think it’s just another run-of-the-mill museum, you’re sorely mistaken. It’s actually such an interesting and remarkable place that you should consider adding it to your bucket list.

The museum sits on a 12-acre site, and it’s home to many incredible American historical artifacts, including the chair Abraham Lincoln was sitting in when he was shot, the first airplane that went over the North Pole, and Thomas Edison’s last breath in a sealed tube.

Oh, and it proudly houses some historical Ford vehicles.

Whether you’re a car enthusiast, a history buff, or a just tourist looking for cool stuff, the following famous Fords are sure to tickle your fancy: 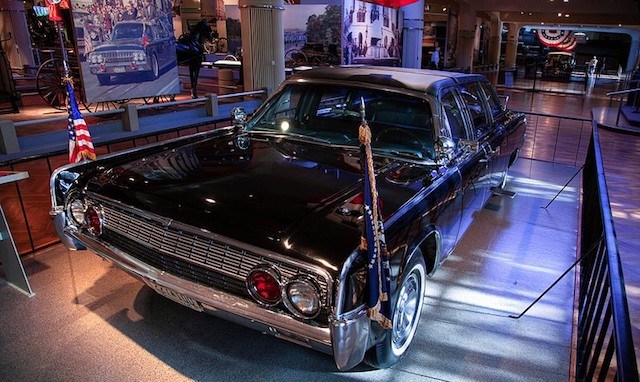 Yes, it’s the limo you’re thinking of – the limo John F. Kennedy was riding in when he met his untimely death. This somewhat morbid piece of history is one of the museum’s most popular exhibits. With a code name of “X-100” dubbed by the Secret Service, this limousine was still used occasionally by four more presidents after JFK’s assassination until its eventual retirement in 1977.

To find this famous piece of history, make an immediate right upon entering the museum. 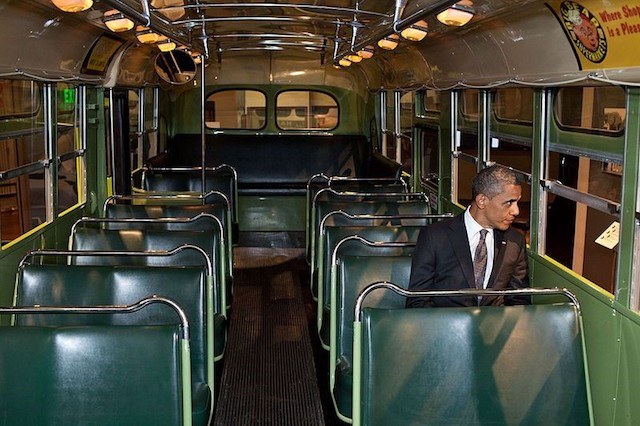 It’s one thing to learn about Rosa Parks and her heroic actions that helped set the civil rights movement into motion, but it’s entirely another thing to step foot into the Montgomery city bus where it all happened. Many consider it a surreal experience.

Rosa Parks was sitting in the seat across the aisle from Obama’s seat in the photo above when she was arrested for refusing to surrender her seat to a white passenger.

This must-see historical vehicle can be found in the With Liberty and Justice for All exhibit right by the entrance of the museum. 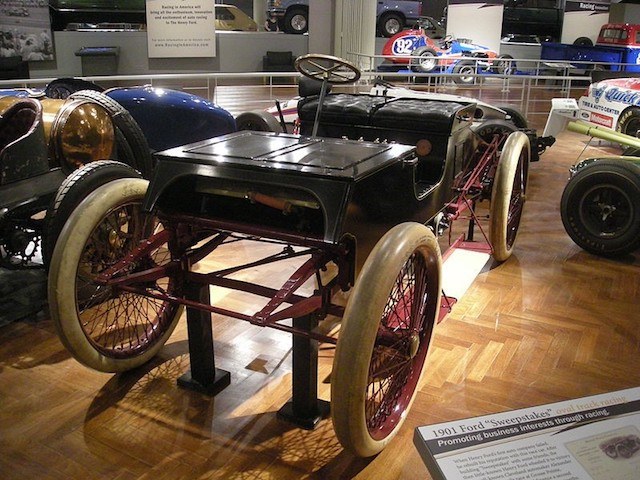 This iconic racecar earned its spot on this list because it was the driving force (pun intended) behind the birth of Ford Motor Company. So the story goes like this:

Henry Ford had an automobile company before Ford Motor Company called Detroit Automobile Company. Unfortunately, it failed and dissolved in early 1901. Mr. Ford was concerned about restoring his reputation, so he got into racing. On October 10, 1901, Mr. Ford took his racecar, which he had dubbed Sweepstakes, and raced against a well-known racer named Alexander Winton. To everyone’s surprise, Mr. Ford won. The subsequent publicity brought financers to Mr. Ford’s door and he was able to fund his second company: Ford Motor Company.

To feast your eyes on this humble vehicle that jumpstarted the giant we know today as Ford Motor Company, head over to the museum’s Driving America exhibit on your right upon entry. 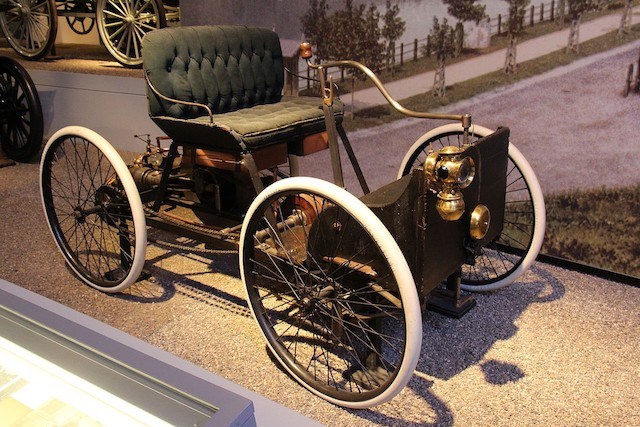 Also in the Driving America exhibit is another noteworthy vehicle: the first car ever built by Henry Ford.

He once said, “If I had asked people what they wanted, they would have said faster horses.”

This quadricycle is the original prototype of Mr. Ford’s remarkable vision of a gas-powered horseless carriage. He eventually sold the quadricycle for $200 and used the money to create his second car. 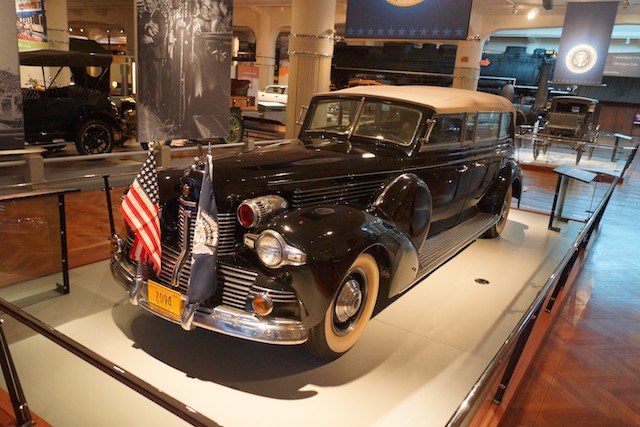 Franklin D. Roosevelt put many miles on this limousine because it was his official state car. Named the “Sunshine Special” because FDR loved to ride it with the top down, this limo wasn’t just any state car. It was America’s first state car that was built just for presidential use.

You can find this beaut near the JFK limo in the Presidential Vehicles exhibit.

If you’re planning on visiting the Henry Ford Museum soon, we would love to hear about your trip. Head over to our Facebook page and tell us all about it!