History of the F Series: Part 1

That's not in reference to a button on your keyboard or a Battleship move. But for all intents and purposes, it was a direct hit.

The history of the F-Series is a storied one. Before it became the best selling vehicle in America for 38 straight years, it was just the F1 in 1948. 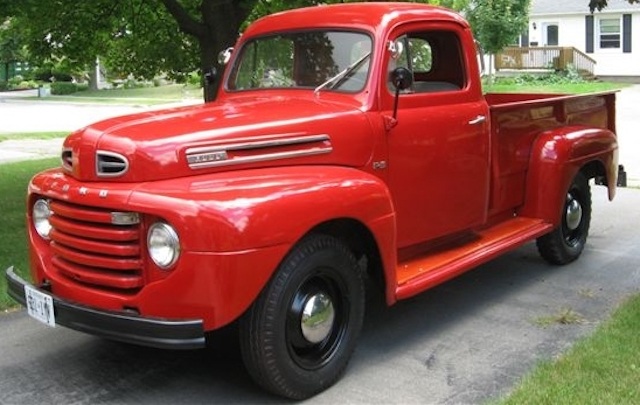 Ford has been building trucks as far back as 1917 based on the Model T chassis. The Ford Model T Runabout with Pickup Body was built in 1925 and sold for $281, becoming their first factory-assembled truck. Production for trucks based on the Model A and Model AA chassis were built from 1928 until WWII came along, switching all production efforts toward the war.

In 1947, Ford finally debuted their all-new pickup line with its own dedicated truck chassis. This first generation of the F-Series was called the "Ford Bonus Built". It started out with the lighter 1/2 ton F1 pickup and went all the way up to the three-ton rated F8.

Design held steady until 1951, when the trucks were retooled with a single-bar grille with a headlight at each end. The pickup bed switched from an all-metal floor to a hardwood variety, and the hood received side spears and a three-slot embellishment. Buyers had two levels of cab trim to choose from: the standard 5-Star Cab or the fancier 5-Star EXTRA Cab.

All transmissions were manual and varied from 3-speed to 5-speed, and engines were available anywhere from 95 hp to 155 hp. The most significant change for 1952 was the new inline 6 engine that replaced the outdated flathead 6. However, the flathead V8 continued to be put in the F7 and F8. 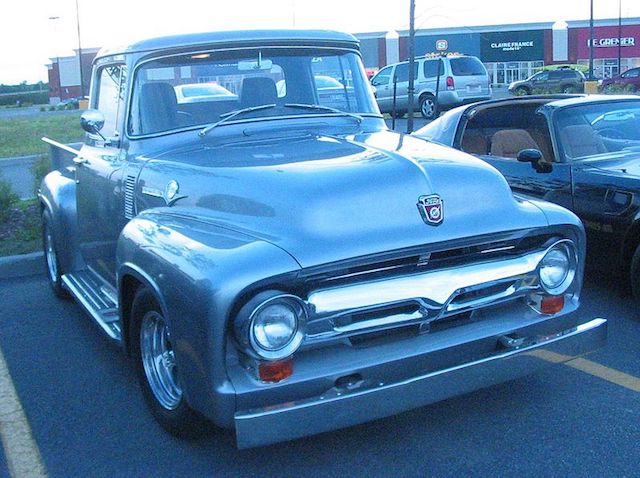 The second generation of the F-Series saw a total redesign and was renamed the "Economy Truck Line" instead of the "Bonus Built."

Along with new design cues such as longer hoods, horizontal grille bars, and retooled cabs with more glass area, Ford began designating its models with "00" after the existing numbers. This made the F1 the F-100, the F2 and F3 the F-250, and the F4 became the F-350.

This was also the final generation of the flathead V8 engine, which was replaced by the "Y-Block" overhead valve V8. The Ford-O-Matic automatic transmission became an option, as well as interior conveniences like a dome light, radio, armrests, a cigarette lighter, and sun visors.

1954 trucks were marked with a chrome cross in the center of the grille, indicating the revised 6-cylinder engine under the hood. Additionally, chrome hashes meant the truck was a deluxe model.

At the end of the generation in 1956, Ford gave the F-series wraparound windshields and upgraded dashboards in attempt to match Chevy's redesigned trucks. 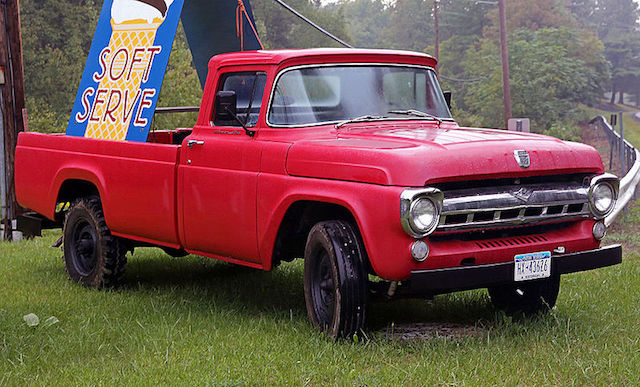 By 1957, Ford was in an all-out slugfest with competitors at Dodge and GM, leading to drastic changes in attempts to take over the market. This began with a wider front that integrated the cab and front fenders. This generation would also see the clamshell design hood, a feature that became an F-series mainstay for nearly 2 decades.

Two types of pickup boxes were offered: the traditional "FlareSide" separate fender box, and the "StyleSide" box which brought the bed, cab, and front fenders together.

The 1958 model year was restyled to fit quad headlights and also saw the introduction of the heavy-duty Super Duty model equipped with the new 534 cubic inch V8 engine. In 1959, 4-wheel drive became a sought-after option for both the F-100 and F-250, the first time it was available in light-duty trucks. The optional feature increased interest in off-roading for fun, thus changing the tide from work-only trucks to recreational trucks. 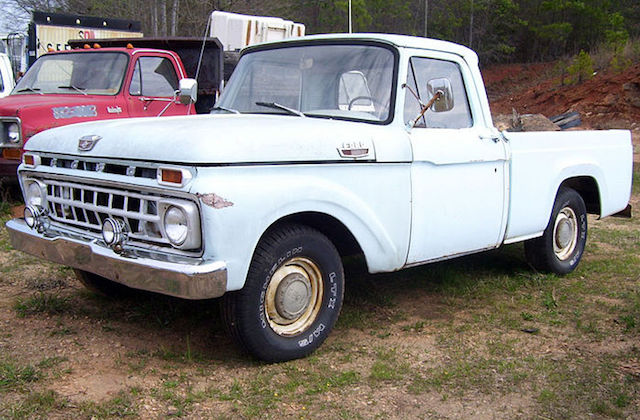 A fourth-generation F-100 via Wikimedia Commons.

1961 saw the introduction of the "unibody" design, which consisted of the cab and the box combined into one piece with no gap in between. This helped Ford curb production costs since the body had less steps to go through in the production and paint lines. However, due to poor overall sales and rumors that the unibody caused doors to jam shut, it was dropped halfway through the 1963 model year. This meant that many 1963 trucks employed the same body style used in the previous generation.

Ultimately, this lead to an all-new frame in 1964, which was used on the F-series until 1979. The new frame was paired with the 4.9L (aka 300 6) and 3.9L (240) straight six engines, the former of which was used until the end of the 1996 model year. The Twin I-Beam front suspension with coil springs was introduced in 1965 and was brandished with a "TWIN I-BEAM" emblem on the front fender.

The 1965 model year also saw the first iteration of the Ranger, which was a styling package for the F-Series.

The history of the F-Series is a long one...check back soon for Part 2!