We’re on the last leg of the journey to where the F-Series is today. Let’s get rolling with the 9th generation. 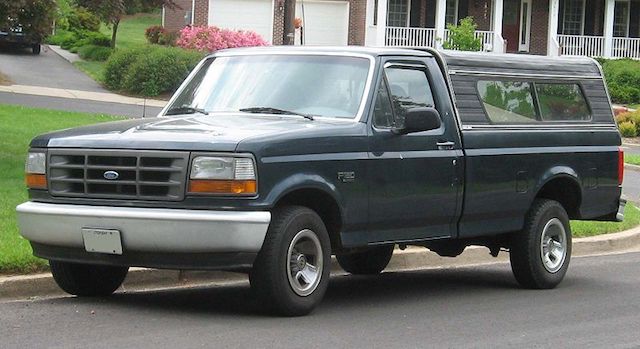 This generation started off with minor design changes to the exterior of the truck. Ford rounded out the truck’s hood, front fender, and grille to improve its aerodynamics. Also, they installed bigger headlights, redesigned the dashboard, and introduced more plush seats. Ford also brought back the classic Flareside bed to give customers another styling option besides the Styleside.

In 1993, Ford rolled out a new performance trim called Lightning, which pushed 240 horsepower on a special V8 engine. Only two years later, Ford axed it in favor of the comfort-oriented Eddie Bauer F-150 edition, as they had decided to redirect the F-Series down a more upscale path.

The Eddie Bauer F-150 edition, which packed the most luxurious features at the time, was the most expensive trim available. Other trims included the bare-boned custom trim, the XL, and the XLT.

The models available in this generation include:

This is actually the last generation to produce medium-duty Class 6 trucks, as Ford would put the F-250s and above into the Ford Super Duty category in the next generation.

After a decade of competing with General Motors, Ford finally won the title for the most pickup sales in 1996. 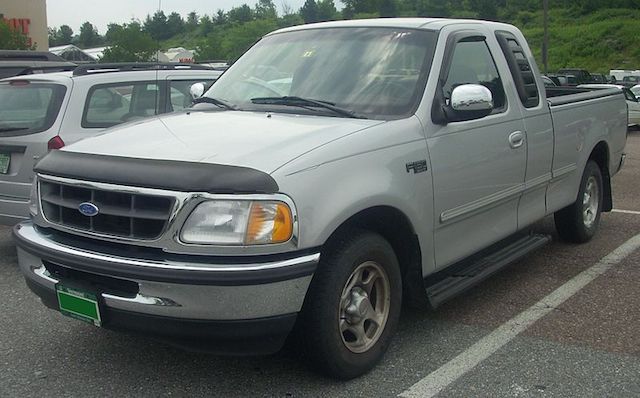 To kick off the 10th generation, Ford revamped the F-150 and aggressively marketed it to consumers before its release.

Initially uncertain if the new design would be well-received by the public, Ford soon discovered that their risky move paid off. A panel of 47 automotive journalists and Motor Trend magazine named the F-Series as the North American Truck of the Year during this generation’s infancy in 1997. Sales of this generation’s trucks shot up from 750,000 to 900,000 units in 2001, but dwindled later on due to Dodge’s release of redesigned trucks.

So what were the radical changes done this time around?

An improved efficiency engine, a streamlined body, and the introduction of the rear-hinged third door (in SuperCabs only).

Ford also made a lot of changes to their trim lineup. The following models and trims joined the F-150: 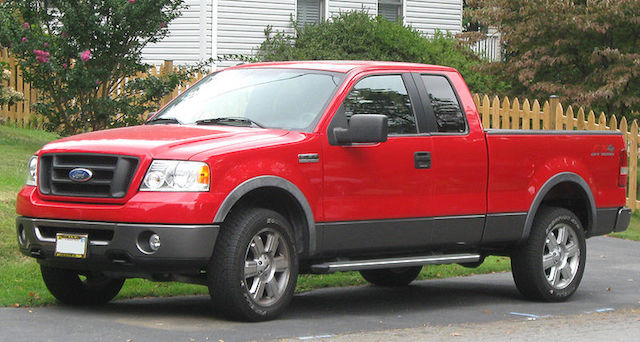 For this generation, Ford scrapped the streamlined design for a sharper-edged style. The new style was undoubtedly more beefed up than that of the last generation, and Ford stepped up the F-150’s game with four doors offered for all trims. They added taller grilles and front fenders, more vertical space in the beds, longer cabs, and storage room behind the rear seats. They also gifted some variants of the F-150 with the new Triton engine.

In the last year of this generation, Ford decided to redesign their Super Duty trucks on an all-new platform. These trucks got bigger and badder grilles, larger head lamps, and an all-new interior. 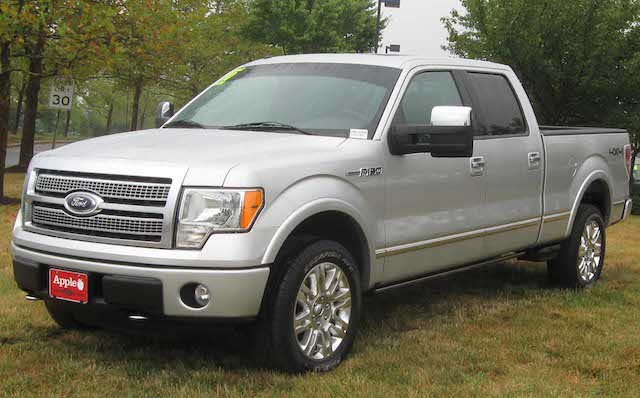 The F-Series entered this generation all beefed up.

Probably inspired by the 2008 redesign of the Super Duty line, Ford gave its F-150s monster-sized grilles, heavy-duty steel side rails, and more torque. They also rolled out two new upscale trims: the Platinum and the Raptor.

The Platinum trim introduced a whole new level of luxury to the F-Series with its premium leather upholstery, heated/cooled seats, and 20-inch chrome wheels.

When brought out in 2010, the Raptor could be best described as an F-150 on steroids. It tore through the streets with all kinds of beefed-up upgrades like all-terrain tires, a wider body, and a top-of-the-line suspension system. It started out on a 310-horsepower engine, only to have it swapped out for a 400-horsepower engine the following year.

The radical changes made to this generation paid off, as a study conducted by iSeeCars.com concluded that the F-250 was the top longest lasting vehicle. Also, the F-150 made it into the list of the top 20 longest lasting cars (alongside the Expedition and Explorer).

This generation paved the way to the luxurious image of the F-Series we’ve come to appreciate today. 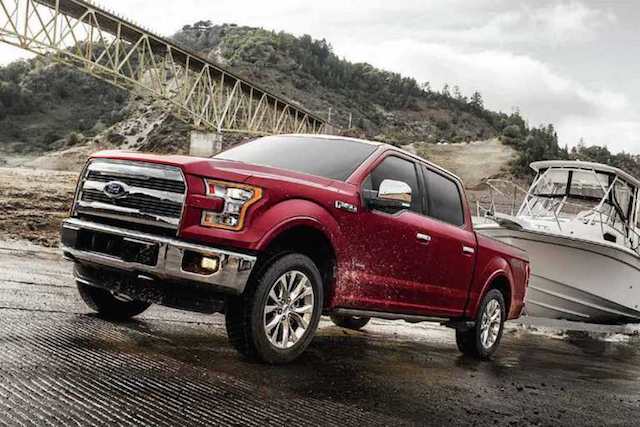 Upon first glance, the current generation bears a striking resemblance to the last one, but it’s actually more upgraded than some may think. Ford generally left the body alone, save for a new strong lightweight aluminum body, but they packed in a ton of new features.

Another goal of this generation is to make the truck as smart as possible. Ford started off by adding a backup camera, a remote tailgate, a comprehensive digital dashboard, a redesigned tailgate step, and an upgraded sound system.

This generation is a work in progress, and we’re excited to see what the 2018 F-Series lineup will bring us!

If you want to check out the previous generations:

History of the F Series: Part 1

History of the F Series: Part 2

Which F-Series is your favorite? Tell us on Facebook!