It’s becoming obvious now that some 2010 F-150s with moonroofs are having problems with the tracks in the system breaking. The track system uses plastic, and the plastic doesn't last. If you’re having this issue, you’re definitely not alone, according to CarComplaints.com.

After only a few years or a few uses, the moonroof on some 2010 F-150 trucks will fail. All of the F-150 owners with this issue say the same thing — they push the button to open the window, there’s a pop as the window opens, and then it won’t close since the track broke when it opened.

Having a moonroof stuck in the open position while it’s raining is obviously a pretty big deal. It’s also not good if the weather isn’t a perfect temperature outside — no one wants to freeze or burn up while driving.

Owners may even notice leaking from the back of the roof liner, initially a sign the the moonroof track is beginning to break. This can turn into a real problem because water can cause serious damage to the interior of the F-150.

This issue is more of a design flaw than something that happens because of neglect or lack of maintenance. It also has nothing to do with exposure to the elements. 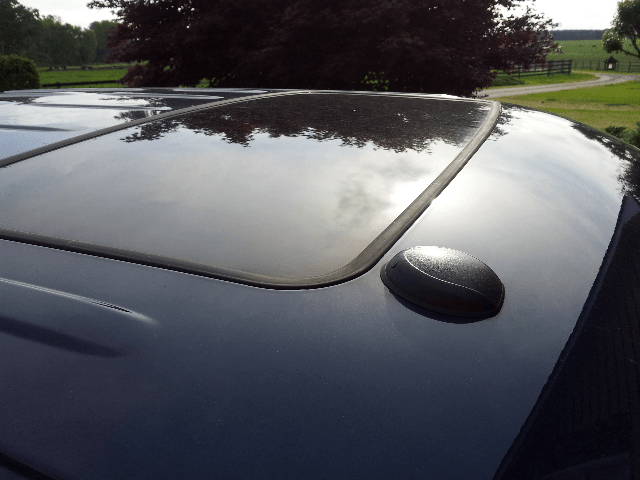 Some people have success working with Ford via their dealer to get the repair made under warranty. The issues with this solution are:

If you decide to replace the rail system yourself, you'll also need to replace the seal as it is likely damaged at this point. This is an important step as the seal prevents leaks, thus preventing internal damage water would cause in the vehicle.

Most shops quote for about 4 hours worth of labor, so expect it to take about this long. Just be very careful with the glass as it will shatter into pieces if you drop it - it’s a lot easier to break than a windshield!

NOTE: Check with your local bodyshop about this type of repair. Sometimes (not always), they can offer a better price than a dealership, and they have a lot of experience with this type of work.