In the 90's, there were certain VHS tapes that only needed to be rented. One such example: the futuristic buddy cop movie Theodore Rex, which starred Whoopi Goldberg and some guy in a dinosaur suit. One viewing was more than enough. Buying that VHS tape would (arguably) have been a mistake.

But Spielberg's masterpiece Jurassic Park? Ya, you probably bought that own. It was worth watching more than once, and Jurassic Park was almost always taken by the time you got to the video store anyways. 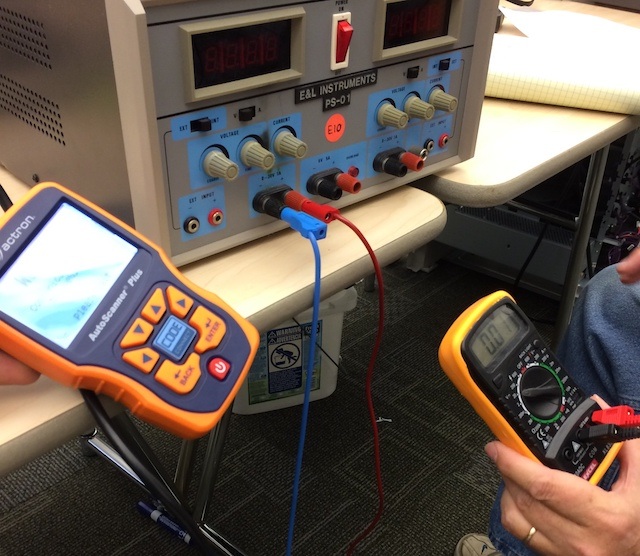 In today’s electronic-centered world, having a way to communicate with your vehicle’s on-board computer is essential. OBD readers are one of the more common tools to be rented from auto parts stores, yet they have become so low-cost that it makes more sense to buy one yourself. There are even code readers that use your laptop computer or smartphone to display the codes, making diagnosing trouble codes even more convenient.

Amazingly, there are DIY mechanics who think of a torque wrench as a gimmick tool they’ll only need to replace head bolts. Worse, there are those who think a torque wrench is just for those weird European bolts and nuts. But the truth is, nearly everything on your vehicle has a torque specification for its hardware. You should have not one but a whole set of torque wrenches for various needs. 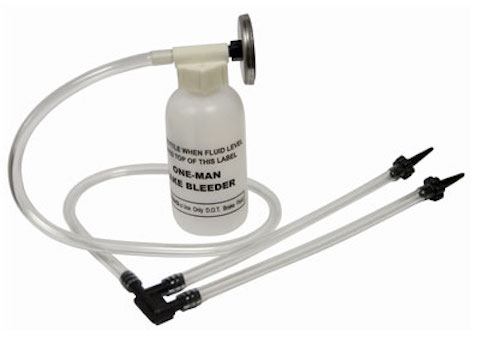 These kits can be rented from some auto parts stores, but if you’re committed to doing maintenance and repair work on your vehicle, you’ll do brakes often enough to need this more than a few times. Get a quality kit that allows one person to bleed the brakes without help. There are several options off the shelf at any tool store or auto parts store. 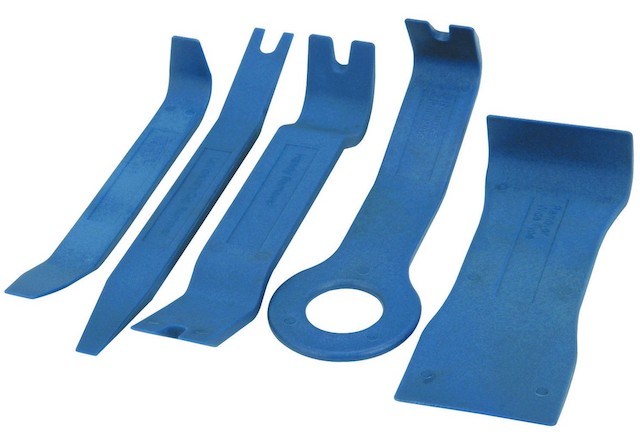 These tools are often sold in sets and are made of high-impact plastic. They allow you to remove auto body parts and panels without scratching them or breaking their retainers. Today’s cars often have components that hide behind plastic paneling and air dams, making these tools a must for any DIY-er. 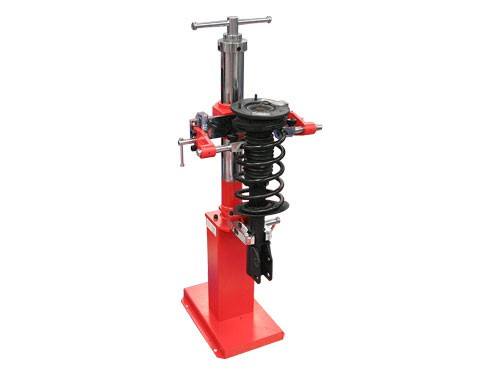 Strut and spring compressors aren't to be messed with. The units you can rent are often dangerous. The cheapo versions you can buy online are usually only slightly less dangerous than the rental units.

Basically, unless you're running a suspension shop, you shouldn't bother with owning a quality spring/strut compressor. Instead, take your spring or strut assembly over to your local repair shop and let them do it for you. The cost is minimal, as is the risk of injury. 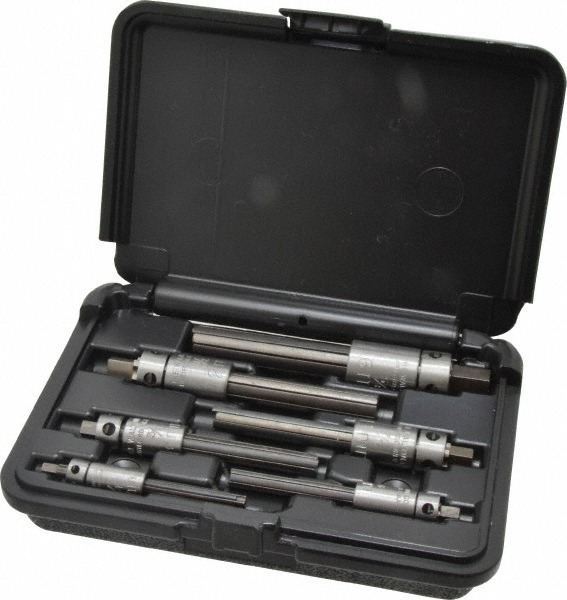 You can find one-piece tools that supposedly remove stripped bolts and rusted-in fasteners, but it’s likely that you'll encounter a bolt that tool isn’t made to work with. A small set of fastener removal tools is highly recommended and will pay itself off the moment you extract a pesky stripped bolt.

This is a ratcheting wrench whose head is on a hinge so that it can be “bent” forward or backward to get into tight spots more easily. There are other options as well, such as wrench heads on ratchet extensions and the like. The flexible ratchet is such a versatile tool, you’ll wonder how you ever worked without it. 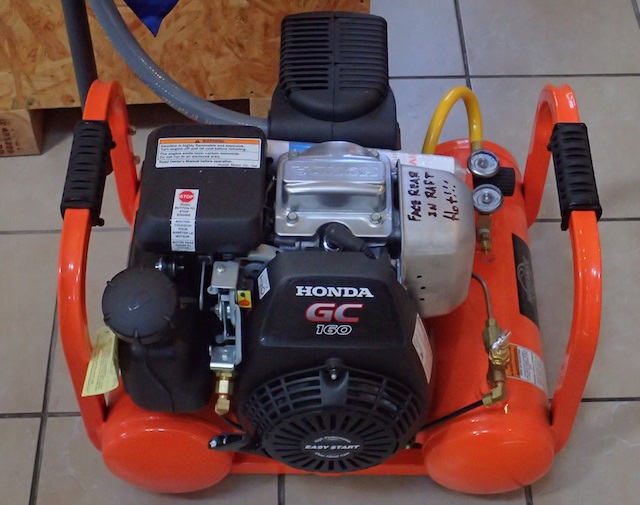 This is likely a given if you’re serious about your car, but many do without an air compressor and impact tools for too long. These tools save time, effort, and busted knuckles. The downside is that suddenly all your friends and neighbors will be lining up to borrow the compressor... 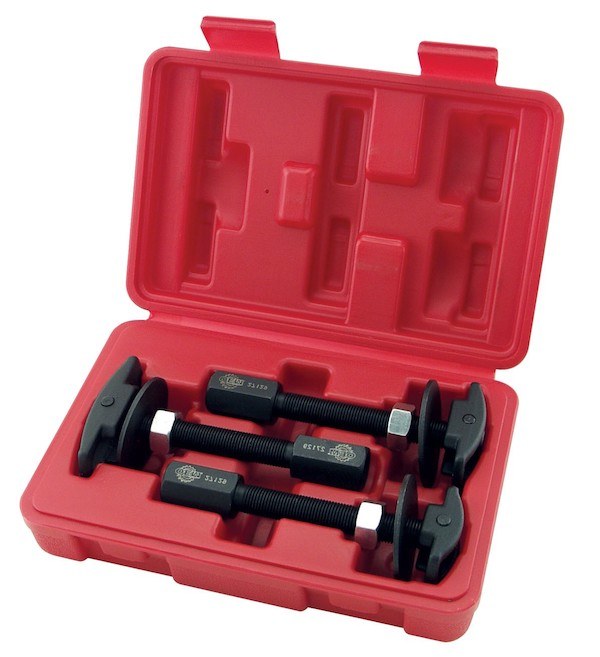 Think about how often you actually remove the bearings on your axle and how un-fun this job really is. Then think about how much it would cost to pay someone to do this for you, and how happy you'd be never having to mess with an axle bearing again...

Basically, we don't recommend owning or renting a bearing remover set. We say, find someone who will do it for money and let them deal with the headache.

This is another one of those tools that seems like it’d be used rarely but ends up coming in handy all the time. It’s basically a Swiss Army Knife of blades with screw/bolt threads on them that quickly measures the size and pitch (thread type) of the nut or bolt hole. This saves countless hours of rummaging through bolt bins and containers looking for the right match based on a guess.

Any tools you'd rather own than rent? Let us know on Facebook!