The Toughest Silverado Yet, Or Why Ford Beats Chevy Every Time

I got my hands on this brand new 2014 Chevy Silverado the other day and boy am I impressed. Not only is it lightweight and inexpensive, it's also pretty easy to work on. I have to admit that some of the parts feel almost glued together and I'm not too sure about the towing capacity, but I honestly feel that this Silverado will have far fewer problems than the real thing. 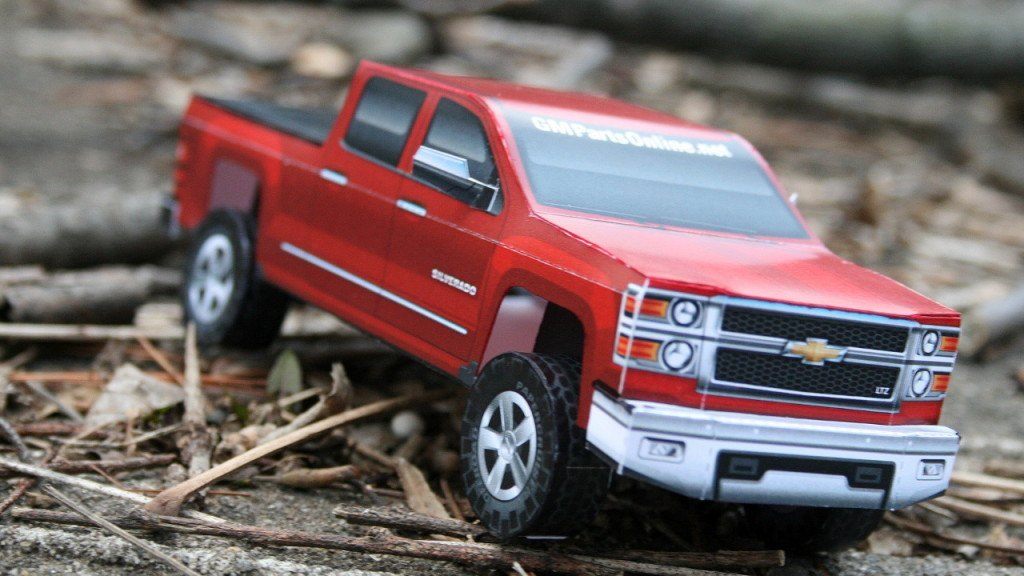 A paper version of the new Silverado - much better than the real thing.

Problem #1 – Sudden steering lurch. I'm pretty sure that my paper truck won't intermittently lurch to the side whenever it corners. The GM 1500 trucks have had this issue for years. Some blame the ball joints, some blame the pitman arm, and others blame the poor welds that make this truck difficult to align.

To fix the issue, some drivers have replaced the steering sensor in the Silverado. Still, I think the best fix is to buy another truck. Having your truck lurch to the left or right for no apparent reason is a pretty severe issue and I think my 2014 paper Silverado is much safer in that aspect.

Problem #2 – Overheating. So far I haven't noticed my 2014 paper Silverado running very hot, and that's probably a good thing. The last thing I want is for this truck to fail like so many Silverado pickups have in the past. The Silverado is notorious for blown head gaskets (amazingly, many occur right after the warranty expires) and the cost associated with the repair is sometimes more than replacing the engine. I don't imagine the paper Silverado will have this same issue unless I keep it too close to a candle.

Problem #3 – Transmission failure. Another area where I'm sure my paper 2014 will shine is in the transmission. I've spoken with many Silverado owners who have had to repair or replace their transmissions more than once, which is supported by the info on CarComplaints.com. I assume that my paper Silverado can't tow quite as much as the big boys, but I'm positive that with a pair of scissors and less than a penny I can make any repairs necessary.

That's better than shelling out $2,500 because I happened to use my full-sized Silverado to haul loads or pull a trailer.

I almost feel bad for Silverado owners. They spend their hard earned money on a truck that may jump into the next lane. It may blow a head gasket even though it was babied. It may burn up transmissions if the owner tries to use it as a truck. If they want my advice, I'd tell them to build a 2014 Silverado and buy a new F150.