A Brief History of the Ford Raptor

The Baja 1000—a grueling endurance trek that winds through Mexico’s toughest desert—is considered by many to be the toughest race in the world. The fastest vehicles that enter are built to fly across huge sand pits and boulder-strewn wastelands, with huge tires and exotic full-travel suspension setups. And at the 2008 version of the race, a newcomer stood at the starting line. 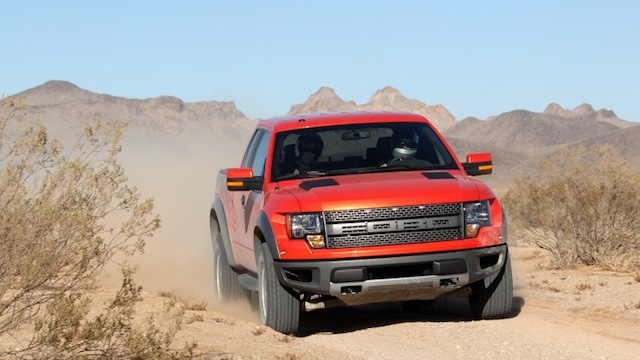 Reveal of the Raptor

Earlier that month at the 2008 SEMA Show, the Ford booth was shrouded in mystery and the type of hype normally reserved for something big. After speeches were made, the cover was pulled off of a mysterious silhouette, and there stood the 2010 Ford F-150 Raptor—a high-performance off-roader that was designed to handle both the desert and the roads.

“With the F-150 SVT Raptor, we will be delivering a true off-road performance truck with the proven ‘Built Ford Tough' capability and durability that is at the core of every F-150,” said Derrick Kuzak, Ford’s group vice president for Global Product Development.

After the big reveal, Ford dropped another bombshell—that they’d be leaving the Nevada desert for Mexico and entering their new truck in the Baja 1000. 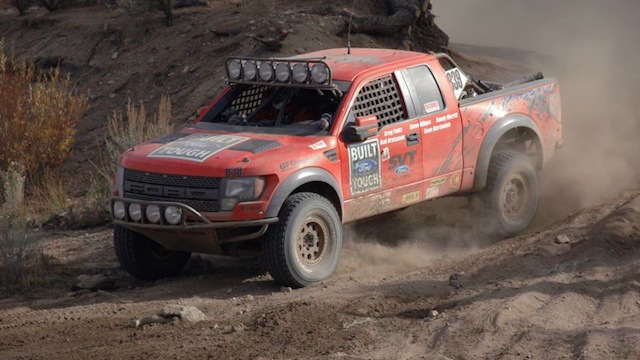 Named the Raptor R, Ford’s new desert racer featured a 411hp 6.2L V8 paired with a 6-speed automatic. A model-exclusive suspension setup with a wider track than a normal F150, the Raptor was purpose-built for serious off-roading. Custom tuned reservoir shocks specifically for the Raptor complimented a rugged, increased-travel version of the stock F-150 suspension system. The 2010 Raptor featured 11 inches of travel up front and 12 inches in the rear, which makes soaking up the bumps on the trail much easier.

Ford is no stranger to the Baja 1000. In 2007, they brought home 8 championships out of the 9 divisions they entered, and have won more overall four-wheel titles than any other manufacturer. Therefore, it wasn’t strange that they were entering the race itself—it was strange that they were throwing an unproven truck into the mix.

Ford was risking their new off road truck’s reputation by entering the SVT Raptor R into the race. But as fate would have it, the F-150 SVT Raptor R held up under the most unique and extreme conditions they could find. Led by driver Steve Olliges, the Raptor R finished third in SCORE’s Class 8, only facing small hiccups like a flat tire.

“Even with the extreme capability of the F-150 SVT Raptor right out of the box, we know our customers will want to take its performance to an even higher level,” said Jamie Allison, Sales and Marketing Manager of Ford Racing after the finish.

So there you have it. After a whirlwind of a week, Ford’s new truck was race proven and desert tested, and ready to take the next step into production.

After the success of the Baja 1000, consumers couldn’t wait to get behind the wheel. As a result, the Raptor became an unexpected hit for Ford, leading them to build more. 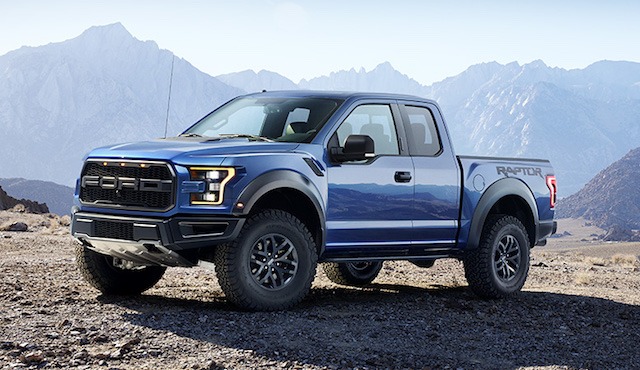 The newest truck will feature a 10-speed automatic transmission and a high horsepower version of the 3.5L EcoBoost V6 (the 6.2L V8 was discontinued in 2015). It will also be lighter than the previous generation Raptor, as it will be built on the new lightened F-150 platform. Of course, the style will be updated as well.

Are you excited about the new Raptor? Let us know in the comments!