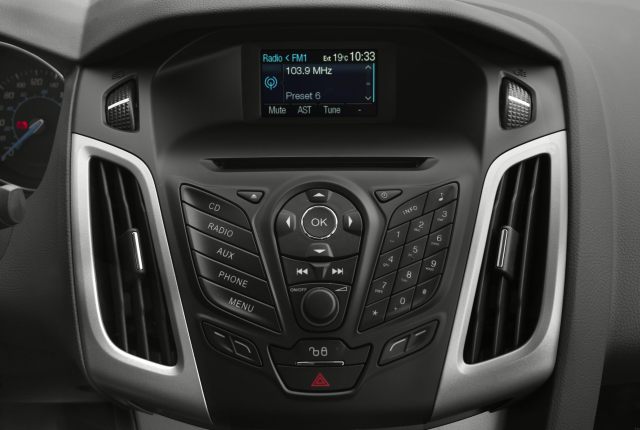 There have been a few complaints circulating about issues with the radio on various Ford models. These include the ones listed in the title as well as others and go back as far as cars from 2008. The two biggest complaints seem to be the radio having poor reception or poor sound quality, and what is described as satellite radio sound “bleeding through” when the car is in AUX mode. We're going to walk you through these problems and help you find the easiest way to resolve them.

Unfortunately, there isn't much that can be done for poor reception. This is due to the fact that the reception you receive will change as you drive along, going through areas where the signal is strong and areas where it’s weak, making it almost impossible to determine if there is an underlying problem. If you have issues with the reception fading in and out when the car is parked, take the vehicle to your dealer as they may be able to give you some good advice.

As for poor sound quality, there are things that can be done. Many people have described this problem as the radio “switching from stereo to mono”. If this is the case, the advice given in the workshop manual for these cars is to replace the Audio Control Module. If your car is still under warranty, the dealer should do this free of charge. If not, you will have to pay for the work. Depending on which model of car you have, the manuals state that it will take a maximum of one hour to replace.

If this sounds similar to the issue that you are having, there are ways of diagnosing it before taking it to the dealer. Unfortunately again, the advice is to replace the Audio Control Module. To diagnose this problem, follow these steps.

Note: The service manuals do state that if you hear the satellite radio in AUX mode when the volume is high, this is normal.