Did you know that about 20% of all reported fires are vehicle-related? Believe it or not, a car fire occurs every 96 seconds in the United States. Contrary to popular belief, about 75% of these fires aren’t caused by Hollywood-esque car crashes or gunfire but rather mechanical failures and other internal issues. 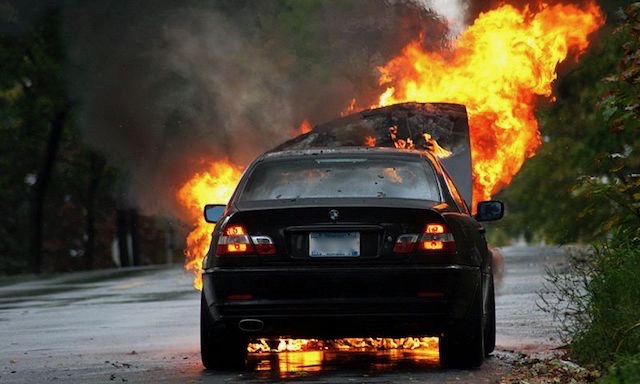 The following common car issues substantially increase the risk of a fire:

What do all of these issues have in common? If you guessed that each one is the result of poor car maintenance, you’re correct. We cannot stress enough how important it is to maintain your car on a regular basis. Neglecting to maintain your car will lead to all kinds of expensive problems, including major mechanical failures and, of course, car fires.

Here are five things you can do to make sure your car is maintained correctly.

Frequency: Every other year

Cleaning your engine compartment is really about two things:

To clean your engine compartment, you can start with soap and water. Very often, this is enough. Just be sure to keep the water from getting too close to any electrical connectors, the coil packs on the cylinder head, and any "soft" parts like the air intake system. After cleaning your engine with soap and water, you may see grease build-up that didn't get washed away. Usually, you can buy a bottle of engine degreaser, spray the greasy parts, and then do a second wash.

If this doesn't work - or if you don't want to mess with this process yourself - it's easy to pay a detailer to steam clean the engine. This is a smart way to clean things, as it works great and doesn't expose the engine to water or caustic chemicals. You can also rent a steam cleaner, if you've got the ambition.

If you see that there's a lot of grease in a particular area (or if the detailer tells you that your engine was especially greasy somewhere), that's something to mention to your mechanic or inspect yourself. A leaking valve cover gasket, for example, will cause quite a bit of oil to accumulate in the engine bay. If you see evidence of a leaking gasket, you can fix it before it becomes a problem. 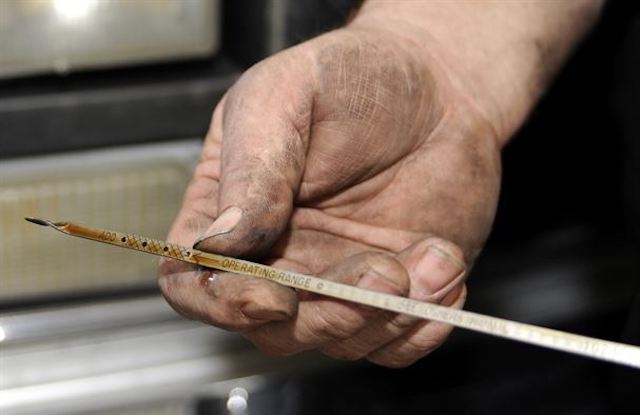 A good way to detect any leaks or excessive fluid consumption is to check your fluid levels on a regular basis. Every month, pop the hood and check the following fluid levels:

Replenish any fluid that’s low using the type of fluid specified in your owner’s manual. If you notice anything out of ordinary (like a certain fluid running low every month), investigate and see if you can pinpoint the problem and fix it.

Frequency: Annually, especially if you've got an older vehicle

You want to detect and fix or replace any loose fittings, cracked hoses, worn clamps, or bent lines before they turn into bigger problems. To do this:

If you've got a newer car (say, less than 10 years old), you can probably skip this step...only it's never a bad idea.

4. Only Use OEM Replacement Parts

Frequency: Whenever you need to replace a part

OEM parts are made specifically for your vehicle, which means:

So, rather than go with an aftermarket part and "hope everything works out," just buy OEM. It's simpler and, in some cases, safer.

NOTE: We are NOT saying that aftermaket parts cause engine fires. We're saying that you can reduce your risk of a mishap by using parts that are an exact replacement for the factory components.

Inspect the battery periodically to catch any underlying problems that may lead to a fire later on. The main issues to look out for are:

Be sure to fix any issues you may find as soon as possible.

Last But Not Least, Keep a Fire Extinguisher In Your Car

While it's never a good idea to try and "fight" a vehicle vire (vehicle fires move extremely quickly), you might be able to stop one before it starts with a fire extinguisher. Basically, if you start to see or smell smoke, you can: