You'll get all the answers you need in this comparison guide.

Shocks should last about 50,000 miles, but it's common for them to fail early. The biggest reason they fail early is due to rough roads. Even hitting one pothole really hard can cause a shock to fail. OEM replacement shocks are a much better investment than aftermarket shocks. Here are 3 reasons why: 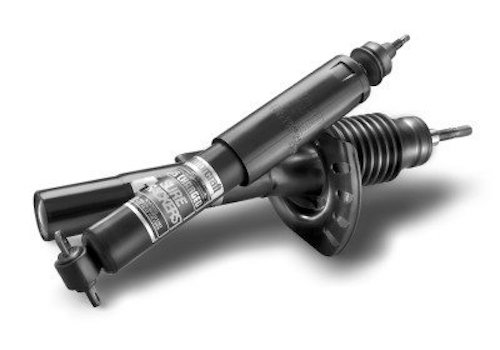 We cannot stress how important it is to install the right shocks on your Ford. Shocks are not interchangeable between models. It's because shocks are designed for a certain vehicle. For example, heavier vehicles need stiffer shocks that can handle the extra weight.

The valving of the shock controls how stiff or soft the shock feels. A shock's job is to absorb the impact on the road to:

What if you have shocks with the wrong valving on your Ford? You'll experience a drastic decrease in your car's handling and ride quality.

For example, let's say you own a sedan, such as a Ford Fusion, and you put stiffer shocks on them. What happens? You will feel every bump. It's because shocks that are too stiff can't dampen enough under the weight of the vehicle to absorb most or all the impact. This increases the risk of your tires not staying planted on the road.

What if you do the opposite - installing shocks with softer valving on your car? The shocks wouldn't be stiff enough. They would perform like worn shocks. That means you'll experience some of the following problems:

Finding Shocks With The Right Valving

Right now, you might be thinking, "OK, then I'll just install shocks made for my Ford model. It's that easy!"

An Amazon reviewer named Tom bought aftermarket shocks for his 1994 F-150. He wrote that the shocks were "very underrated". He said: "I would caution anyone that you will be disappointed in the performance [of my aftermarket shocks]. My truck still bounces and the back shocks have bottomed out for the first time I've ever owned this truck. [...] I'm not satisfied with my aftermarket shocks."

2. OEM Shocks Always Have The Right Dimensions And Components 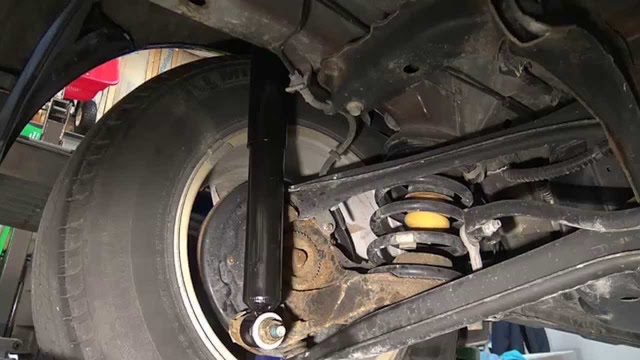 Installing shocks is pretty easy. All you have to do is to bolt them in place. That's why it's important for your replacement shocks to have the correct dimensions. If your shocks are too long or too short, or too thick you'll have to either:

The second option, which is modifying the shocks or your Ford, is not recommended. Doing so will compromise your safety.

Do you want to ensure that your shocks will come with the right dimensions? Choose OEM. Since Ford designed both the vehicle and its shocks, OEM shocks are always built to OE specs.

Plenty Of Aftermarket Shocks Don't Come With The Right Dimensions

Aftermarket manufacturers rarely design their shocks to OE specs. A pair of aftermarket shocks may have the correct diameter, but they're not the right length. Or vice versa. Plenty of Ford owners who have purchased aftermarket shocks went on Amazon to express their displeasure. Here are a couple of reviews we came across:

Ford always makes a point to build its shocks with high quality materials. This is so OEM shocks won't spring a leak or cause any other issues. You can count on your OEM shocks to last as long as possible.

You can't say the same about most aftermarket shocks. While some of them may have high quality materials, it's hard to gauge which aftermarket shocks will last and which won't. Since shocks aren't cheap, it's pretty risky to buy a set of aftermarket shocks and then cross your fingers in hopes that they'll last as long as OEM shocks.

A Ford Ranger owner wasn't so lucky. He wrote on Amazon, "[My aftermarket shocks] did not last a month without leaking. [...] I thought I could get away easy and cheap by using these shocks. Wrong."

So here's the bottom line: OEM shocks are a much better investment than aftermarket shocks.

If you need help finding the right OEM shocks for your Ford, feel free to get in touch with us.