Once automotive manufacturers decided to build their engines with fuel injection, they saw an increase in fuel efficiency and fewer pollution-causing emissions. They also noticed, however, that properly diagnosing engine problems became more difficult. Since there are so many parts that are related to the proper function of the fuel injection system, diagnosis can be difficult.

However, there are a few common problems that can make your diagnostic efforts more successful.

The Basics Of Fuel Injection

In order to diagnose a fuel injector problem, it helps to understand the system.

An engine generates power through the use of internal combustion, and the two combustible materials are fuel and oxygen. The engine draws in oxygen by way of the air intake and fuel from fuel injection. There must be a balanced mix of air to fuel in order to get an efficient mix. This is regulated through sensors, your Ford’s engine computer, and the injectors.

The fuel injectors are electronically controlled by the car’s engine control unit. Fuel is pumped into the injectors, and then they are told to open and send the fuel into the engine through jets by way of a fine mist into either the intake manifold or the cylinder (or both). The more fuel that the engine is demanding, the longer the valves controlling the mist stay open, which is defined as "pulse width."

By addressing the most common issues and their symptoms, you will be better able to make a diagnosis of a fuel injection problem.

By recognizing the problem and symptoms, you are better prepared to diagnose your injector problem. 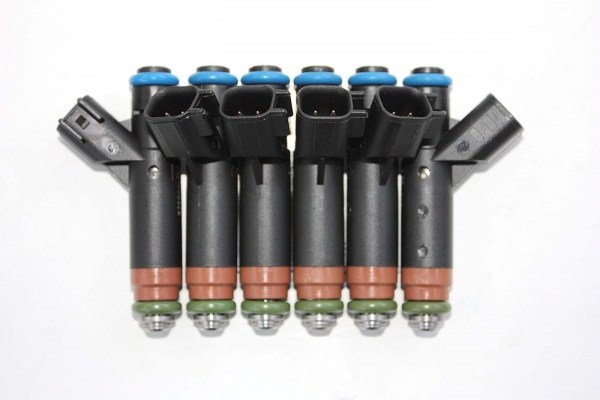 While the following tests are relatively simple to execute, you may need tools or accessories that can be found at an automotive store or online.

Without a properly operating fuel injector system, you will not get the right amount of fuel to your engine, so if you start to see any of these signs, you need to take measures to correct the problem as soon as you can. Not only will your fuel efficiency increase, but you will be expelling fewer emissions also. If you run into any problems, contact your local Ford dealership for assistance.

Now if you are wanting to know more about why DIESEL fuel injectors fail, check out this article on BlueSpringsFordParts.com.