It’s common for people to put off replacing their shocks or struts. The biggest reason for that is because dealerships and repair shops charge an arm and a leg to get the job done.

What if we told you that you can replace your shocks or struts right at home? You’ll save so much money that way. You will only need: 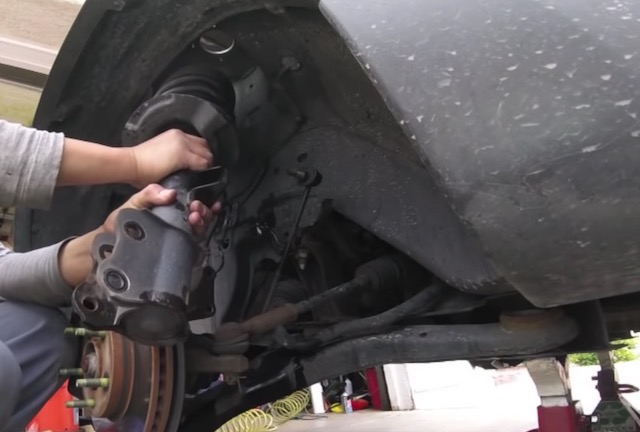 Replacing shocks is something pretty much anyone could do. A shock is just a tube that's held on by two bolts. It’s harder and more time consuming to replace struts for several reasons:

If you're not sure if you have what it takes to replace the struts on your Ford, skip ahead to the last section of this post. Go over the steps and see if the job is within your realm of skills.

A Quick Note About Rusted Bolts 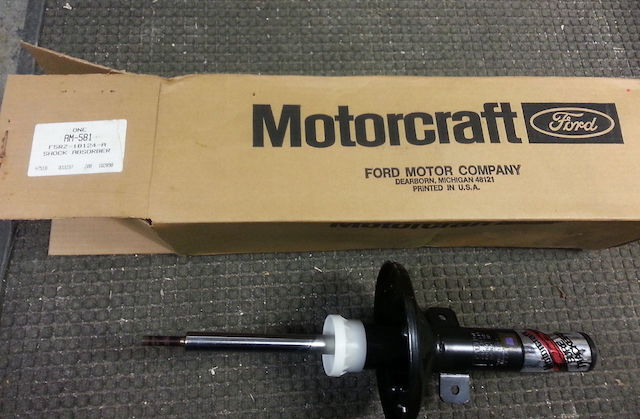 Shocks and struts are supposed to last a long time, usually about 70k - 100k miles. Depending on where you live, there's a good chance the bolts are rusted, so you may want to replace the bolts, too. Before you begin removing rusted bolts, spray them with WD-40 or PB-Blaster. It helps a lot.

Be sure you've also got your replacement OEM parts readily available before beginning the job. If you're looking for replacement shocks, look no further than our catalog of genuine OEM Ford shocks. You'll enjoy a huge discount on these shocks, as we offer wholesale pricing on all the parts we carry.

How To Replace Ford Shocks

If you have a set of shocks on your Ford that need replacing, you're in luck. Replacing shocks is an easy and straightforward process. Here's how:

How To Replace Ford Struts

The strut replacement process varies a bit between Ford models. We based this set of instructions on 2009-2014 F-150s.

Got any questions about the shock and/or strut replacement process? You're welcome to contact us!