In 1989, Ford did something interesting. They set out to design the fourth generation Mustang but ended up creating a whole new model: the Ford Probe. 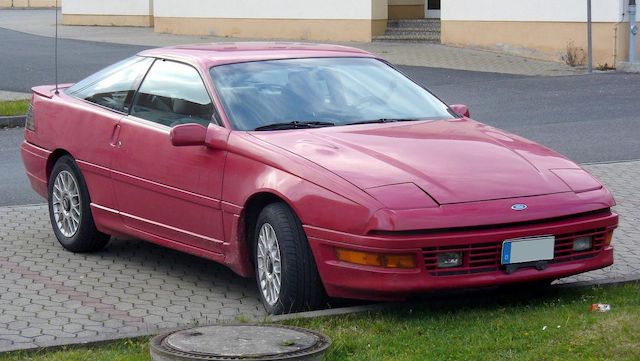 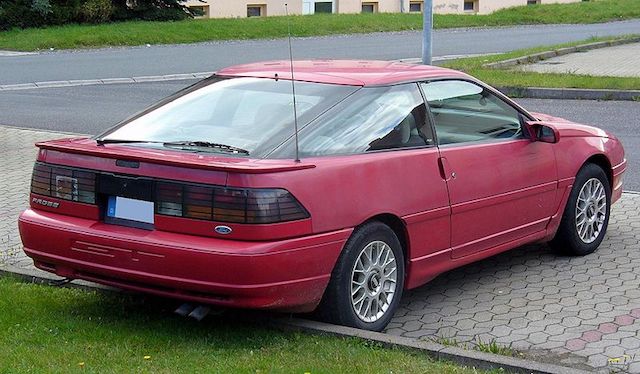 Ford wanted to give the fourth generation Mustang a FWD configuration, a V6 engine, and a Mazda G platform, but a plethora of Mustang fans objected to the radical changes. Since Ford didn't want to ditch the new design, they turned it into the Probe. 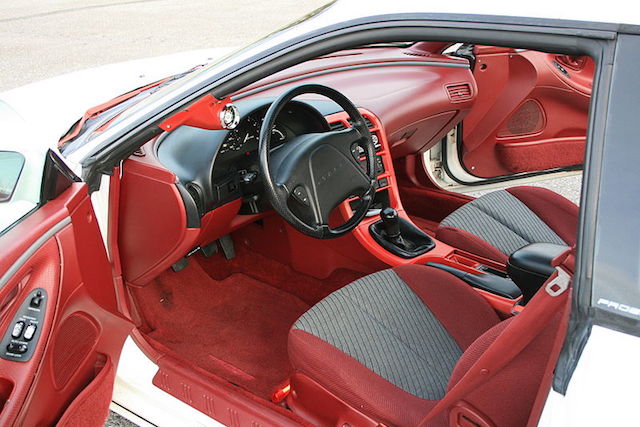 When 1993 rolled around, Ford and Mazda kicked off the second generation with a completely redesigned Probe. Its powertrain and chassis were engineered by Mazda, and Ford designed the body and interior. It turned out lighter and larger than the first-generation Probe.

The trim levels available for this generation included Base, GE, and GT. The transmission choices were a 5-speed Mazda G5M manual, a 4-speed F-4EAT automatic (only in 1993 models and V6 engines), and a 4-speed CD4E automatic. Buyers could choose between two Mazda engines, as well: a 2.0 L 118 HP I4 engine and a 2.5L 164 HP V6 engine.

Critics seemed to have a love-hate relationship with the Probe. On one hand, the first generation Probe didn't win over the crowd with its design. Although this 1988 Chicago Tribune reviewer called the 1989 Ford Probe's handling "crisp and precise", he commented on how the rear window was too slanted and didn't allow a lot of head room in the back seat.

On the other, the second (and final) generation of the Probe was highly rated by Car & Driver. From this 1992 review:

From the outset, the Ford engineers assigned to this project wanted the Probe to be a hard-charging driver's car. Judging from our time behind the wheel, we say they've succeeded admirably.

The Probe's mission was to be an affordable sports coupe. The Ford Probe GT managed to hit both of those notes, especially after 1992.

Why Ford Discontinued the Probe

When Ford rolled out the Probe in ’89, they expected it to be a smashing success, but it fell flat for several reasons.

First of all, the Probe didn't have a clear place in the market because, even though it looked like a sports car, it was tuned a little softer than many fast car enthusiasts would like, as well as a little sharper than commuters would like. The Probe was Ford's effort to please all kinds of car buyers, and while it had many great qualities, it couldn't meet every single need.

Also, many diehard Ford fans weren't too crazy about how the Probe was based on a Mazda platform and shared many mechanical parts with the Mazda GD, MX-6, and 626. The Probe itself was a well-built and reliable car all around, but Ford enthusiasts wanted something a little more American, like the Mustang.

Last, but not least, Ford had established itself as an affordable brand, so the asking price for the Probe was a little higher than expected.

Despite having made Car and Driver’s Ten Best list in ’89, ’93, and ’94 and having been named Motor Trend magazine’s Car of the Year in ’93, the Probe dwindled in production and was discontinued in 1997. It's a shame, considering how fun the Probe was, and the compact coupe hole it left in Ford's lineup that no Escort ZX2 could fill.

If you happen to see a Probe available for sale, you should seriously consider snatching it up because it has the potential to become a collectible a few decades down the road. Here’s why:

If you say that a pricey luxury car - or a pricey sports car - is a future collectible, that's usually pretty easy to believe. These cars have quite a bit of value when they're brand new, and they also tend to be produced in lower volumes as a result of their high price. Lower sales volums plus high MSRP tends to add up to "collectible."

However, there's a lot of evidence that inexpensive economy cars from the late 1980s and early 1990s are holding their value - check out the resale value of Honda's CR-X, Acura's Integra, and the Toyota Camry from the same era. Despite their status as "economy" cars, they are very much collectible. We suspect the Probe will exceed the expectations of collectors for the same reasons.

The best way to describe the Probe is the 90s version of the future. The streamlined design of the Probe’s body and interior was a far cry from the standard boxy cars conquering the roads at the time.

Even though it was cool and different, the futuristic design wasn’t universally accepted. However, today’s car enthusiasts can appreciate Ford’s attempt to catapult us into the future with the Probe’s unique design. We’re sure that future collectors will appreciate it even more than we do today.

Many Ford Probe GTs have "gone under the knife" in the years since Ford discontinued the model. The main reason is that this happens to all affordable sporty cars as they age - their price drops low enough to make them accessible to younger buyers who just can't help but change engines, add bodywork, etc.

Would you get a Probe of your own? Why or why not? Let us know on Facebook!