Having a bad gas gauge can be a serious inconvenience. Usually, the problem is easy to identify and can be fixed at home. Here’s what you need to know when your Ford's gas gauge goes out.

How a Gas Gauge Works 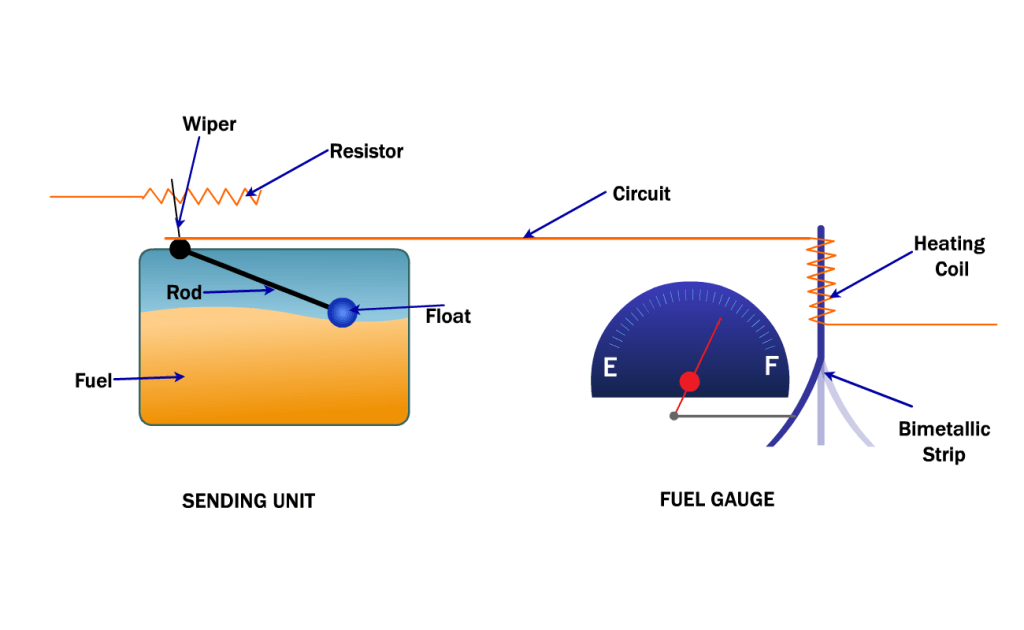 When the fuel level changes, the current also changes — higher currents mean the tank is full and lower currents mean the tank is moving towards empty. The gauge is reliant on a nearby heating coil that is connected to a bimetallic strip that is connected to the needle the driver sees moving as the tank becomes less full. A voltage regulator also runs to the heating coil and both the voltage regulator and resistor are connected to the battery through wiring.

What to Check First When the Gauge Stops Working

The first stop in diagnostics for most automotive problems is at the fuse. Check the fuel gauge fuse. Check the fuse panel in the engine bay to determine which fuses are related to the dash panel and check them for damage — then replace any blown fuses. If the fuse isn’t the issue, there is a number of other things that can go wrong. The bimetallic strips may be broken and wiring may be frayed or otherwise damaged. Once you have checked for these issues, check the voltage on the voltage regulator and resistor.

When the Problem is More

Here’s how you would replace the sending unit using a Ford Explorer/F-150 chassis as an example, but it’s pretty much the same for all Ford models. Step by step, here’s what you need to do:

• Disconnect the fuel lines from the fuel pump

• Remove the gas tank from the vehicle

• Disconnect the harness and bolts to the sending unit

• Replace the fuel tank and lines

Also note that after the fuel lines and pump have been disconnected, the pump may need extra priming time. Turn the key to the run position and allow it to prime fully before cranking your vehicle.