A few weeks ago at the NAIAS show Ford debuted their 2015 Ford F-150 Atlas concept. It still is making waves even though time has passed. What makes it great? Let's take a look. 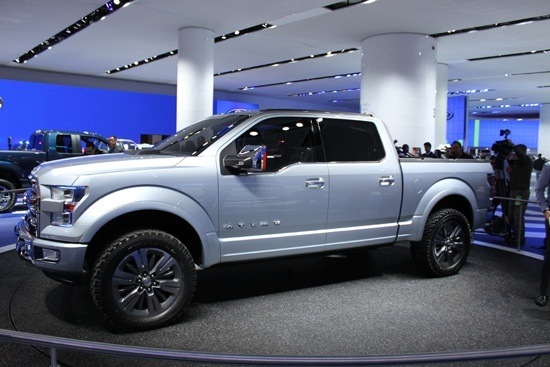 From the front design to the back, it just wows especially in person. When we were at the show, the lines to see the truck were at least 3 deep during media day and it was hard for quite a while to take a photo.  Looking at the truck versus the other manufactures, it definitely stood out. It really looks like a truck and an impressive futuristic truck at that. The power and wow factor are all over it styling and the blue lighting on the silver sheet metal is really sharp.

Ford has lots of new cool features on this concept truck. Here are some of the cool ones according to Pickuptrucks.com: 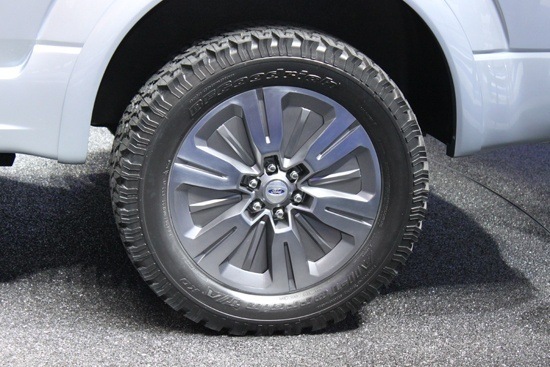 These active wheel shutters open and close depending on speeds to reduce drag. Cool, very cool.
It also has some very interesting aerodynamic wheel features with active wheel shutters. Yep, that's right. The splits in the rims close when driving at higher speeds to reduce drag. While it also has active grille shutters like on some of the Ram 1500 trucks, these active wheel shutters could be the next must-have feature.
Engine/Weight
Most of the discussion around the truck was related to Ford's basic statement that the concept truck weighs upwards of 700 lbs than other F-150 models. The EcoBoost engine is also said to be a "next-generation" engine that is more efficient than other models. 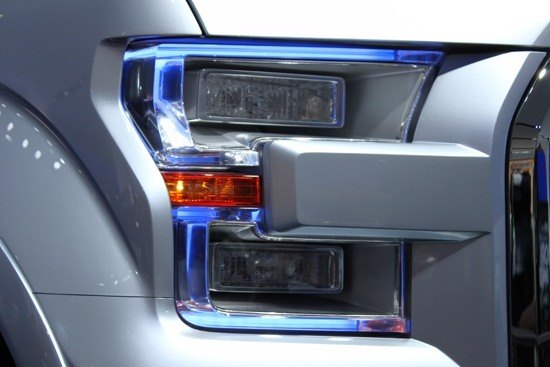 The headlights are just part of a blue color styling used throughout the design. It simply stands out against the competition.
Overall the truck just shines and is full of all sorts of cool features. However, it is a concept truck. Ford is adamant that it won't be built for the public. Rather they are watching and listening to consumer feedback about the concept.
What features are "must-haves" for you?