Ford is trying to speed up development of apps you can use in your truck by opening up an online portal and creating support kits spur creation of new products. Angry Birds anyone? 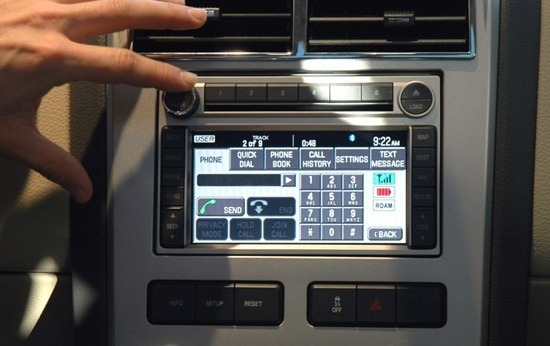 Ford launching an initiative to ease development of apps that will work in their vehicles.

Most of the mobile apps built into dashboard displays are strictly vehicle related and have been primarily driven by manufactures requests. With the change in opening up a portal for development, all sorts of new apps and ideas could start popping into these systems.

Ford announced at the 2013 Consumer Electronics Show in Las Vegas, NV that it has launched a Ford Developer Program. This program will offer "support for its mobile app development house, jacAPPS, and app-testing partner Cetecom," according to Wired.com post. They will also offer a "Technology Development Kit" to help facilitate developing apps.

There are limits to what will be accepted. Ford has already, correctly, reasoned that any games, video and excessive text will automatically be banned. So, sadly you will not be able to play Angry Birds will driving - good grief.

Although games are out, apps that fall into three primary categories: news and information, music and entertainment and navigation get the green light according to Ford.

The support doesn't stop with just the development kit. Once, a developer is done working the app, it goes to Ford engineers who make sure it is bug free. Ford will also help develop provide a distribution license and get the app on the market.

Another interesting item is that Ford will be offering its development software to competing automakers as well. The plan is to start to develop a "common development platform." This way app developers will be able to create apps that work in multiple vehicles much like cell phones (Android, Apple iOS, etc...).

“By offering our Sync AppLink API to other car companies, we can create a much larger ecosystem for the car so that developers can create apps for a single automotive platform,” Hau Thai-Tang, vice president of engineering for Ford Global Product Development, told Wired. “The automobile is open for business,” Marchwicki added.

This is great news for consumers who are tired of proprietary systems built by manufactures. Now you will be able to use the same app across a spectrum of devices. Although, it will be unwelcome news for distracted driving advocates who are calling for smaller screens and less functionality.

What do you think? Good news or bad?