If you live in the Little Rock area and you’re looking for an off-roading beast loaded with the latest premium aftermarket parts, head over to Motorsports Authority and check out their 2015 SEMA truck: 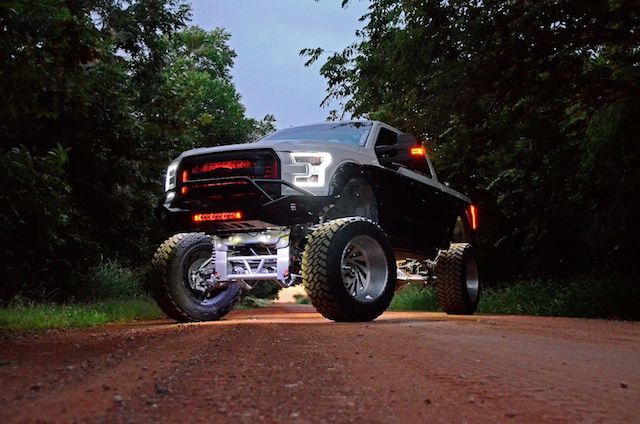 Every year, Motorsports Authority selects a vehicle to feature at the SEMA show and regional shows and loads it with a dizzying amount of high-quality aftermarket parts. This 2015 F-150 Lariat was built for the 2015 SEMA show, and after making its debut at regional shows, it’s now retired. Motorsports Authority had it listed on eBay at a starting price of $40K with a reserve price of $65K. 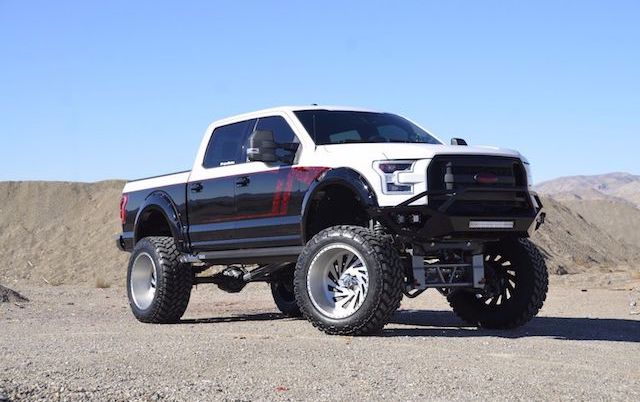 Featured in the July 2016 edition of Street Trucks Magazine, this truck is nothing to scoff at. It’s loaded with cosmetic and off-road upgrades. Let’s take a look at some of the best ones.

If you think that this F-150 doesn’t look quite like the stock version, you’re correct. Motorsports Authority made a bunch of cosmetic upgrades to set it apart from the rest. 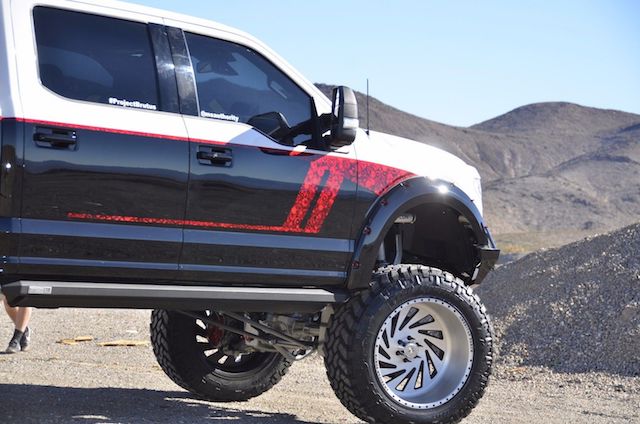 Aside from the obvious ones like the body lift, the white LED accent undercarriage lighting, and the red grille accent lighting, this truck has many more cosmetic mods and upgrades including: 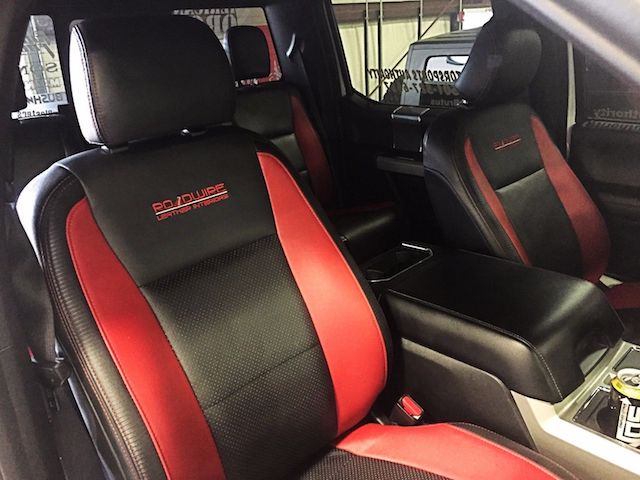 The F-150 is famous for its extremely comfortable interior, but Motorsports Authority still decided to amp up the comfort factor with the following upgrades:

The engine bay remains untouched, which isn’t a surprise at all because 1) the truck’s practically brand new and 2) it’s a Ford, which means everything under the hood is already well built. The chassis, however, is a different story. Look under the truck, and you’ll find loads of upgrades made specifically for off-roading. 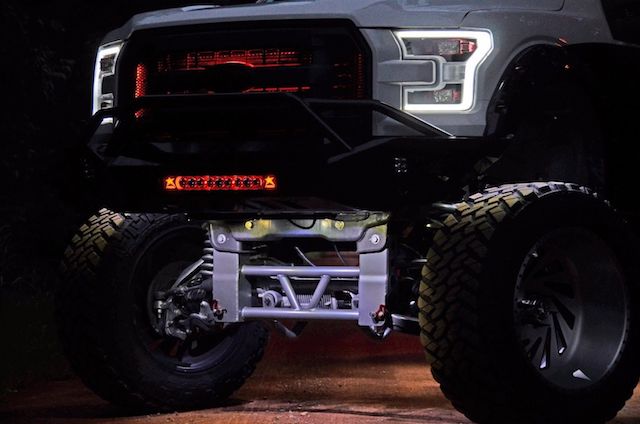 The suspension system boasts Atlas leaf springs and Icon Vehicle Dynamics 2.5 coil-overs with remote reservoir shocks. That, along with the American Force wheels and Nitto Trail Grapplers, will take the truck over pretty much any terrain. 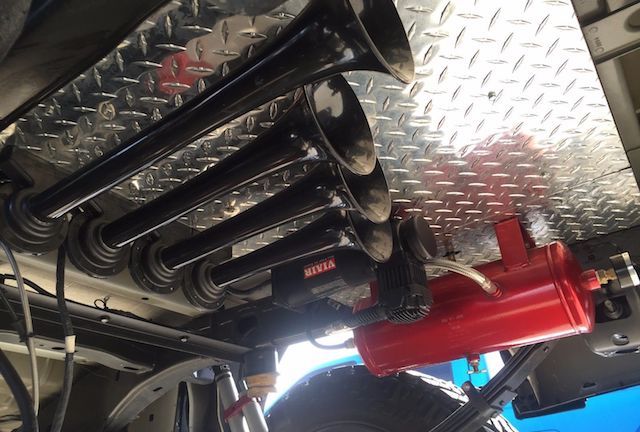 Other off-road mods include a Magnaflow side exit exhaust system, Yukon 4:56 gears, and Powerstop brake rotors and tow pads. This truck is nothing short of an off-roading beast. 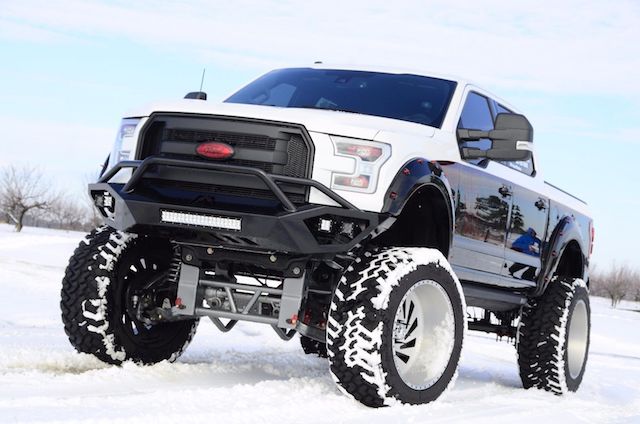 Believe it or not, underneath all the aftermarket parts are a few cool OEM features and upgrades.Motorsports Authority swapped the stock gas tank for a bigger 35-gallon tank. The truck also has a tailgate step, interior bed lights, and a tow package with upgraded mirrors and side lights.

Any avid off-roader would love to have this beast as their off-road vehicle. Would you buy this truck? Tell us on Facebook!