The KGP Photography spy shooters are at it again, this time spotting a possible factory-built CNG-powered F-150. Is Ford working on an in-house version? 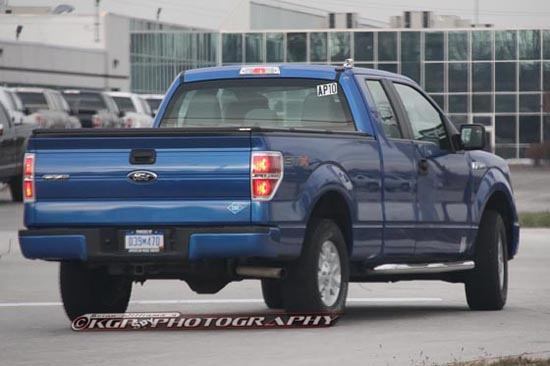 Could this plain looking F-150 be really powered by CNG? Photo by KGP Photography.
Every automaker over the last decade has been trying to find the "magical" alternative fuel source. Trucks have been powered with a variety things from seaweed bio-diesel to propane gas. Compressed Natural Gas has been around for quite a while and is mainly found fueling fleet vehicles. Primarily, this is a result of a poor infrastructure and high development costs.

Could an in-house configuration be the key? Ideally, if Ford develops an in-house CNG F-150, it will have a significantly less cost than putting an after-market kit on. Plus, the truck would be covered under warranty. 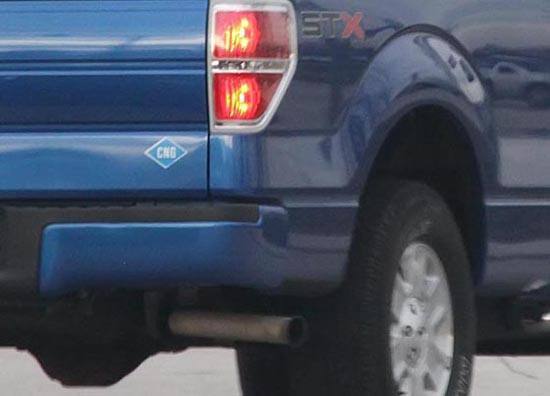 Photo by KGP Photography.
For years, the F-250, F-350, F-450 and F-550 trucks have been pulled off the line, converted to CNG with an after-market kit and then put back on the line. If Ford is planning on doing the same thing with the little brother, F-150, CNG-powered fleets could grow with a new truck. 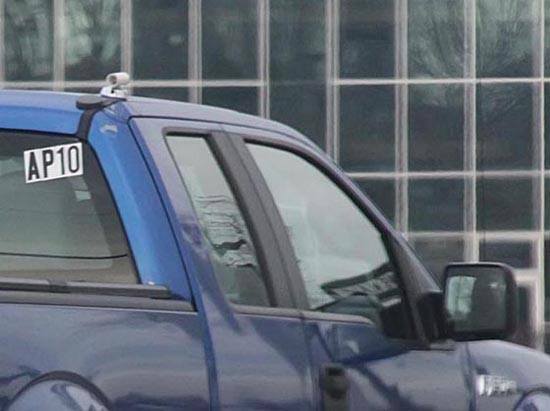 Photo by KGP Photography.
While CNG sounds wonderful to fleet owners looking for anything to reduce fuel costs, the jury is still out if it is THE solution. Even though price per gallon prices range from $1.70 to $3.00 according to Pickuptrucks.com, there are some real-world concerns with a CNG-pickup. Most of these trucks are used for so much that CNG remains a "sometimes" solution due to infrastructure, towing and power concerns.

Although, it is feasible to see that CNG infrastructure development will only keep expanding to keep up with demand. If these types of trucks were released to consumers, it would drive demand and lessen some concerns of fleet managers. However, truck manufactures have been reluctant to build consumer-grade CNG trucks.