Ever since the last Ford Bronco rolled off the assembly line in 1996, demand for a sixth-generation has revved up year after year. But that hasn’t stopped enthusiasts from snatching up older models and making them their own. The Ford Bronco enjoyed five generations of popularity, making them available and affordable to this day. Check out these 5 beautiful Broncos we'd take to the streets any day:

What do you do if you catch someone stealing your mail? In 2014, MMA brawler Keith “Mean 1” Jardine jumped into his ’96 Bronco—affectionately called “Mean Machine”—and chased down a mail thief from his Albuquerque home. This custom ride is blacked out from bumper to bumper, and it’s no wonder the thief was submissive, like many of his opponents in the cage, when Jardine caught up. 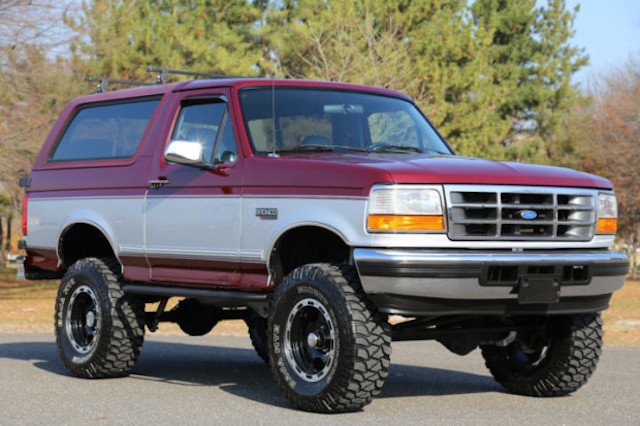 A ride doesn’t need to be tricked-out to turn heads. Case and point? This two-tone ’96 Bronco XLT that’s probably seen more of the inside of a garage than dirt roads. The 5.8l V8 has taken it just 70,000 miles, and the Bronco features light customization like exhaust pipes and clean set of nerf bars. A 4.5” lift kit and 35” Mickey Thompson tires round off this Bronco. 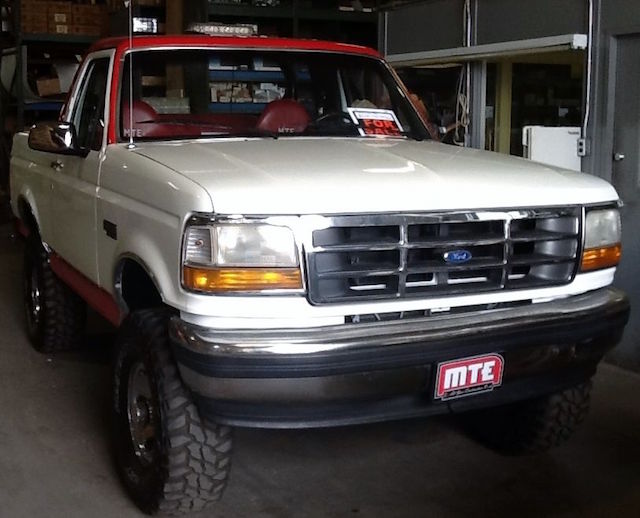 No top? No problem. This white Bronco features touches of red and a matching leather interior atop a 5.0l V8 engine. With added features like a CD player and a bed bar, it's easy to picture yourself driving this Bronco up the coast for a beach weekend. 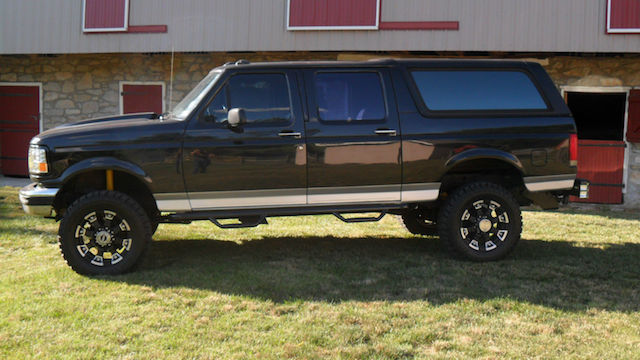 Half Bronco and half F-Series Crew Cab, Centurion Classics were the 4-door beast builds that came in a C150 or C350 option. This 1995 C350 features a 7.3 Power Stroke V8 engine under the hood paired with an upgraded BD Diesel transmission that allows it to tow just about anything. A Hypermax H2 turbo kit gives it the get up and go to run with newer, more powerful diesels. To top it all off, this C350 features leather seats and 3rd row seating. Seems like a steal at $15k, which is what it sold for in March, 2014. 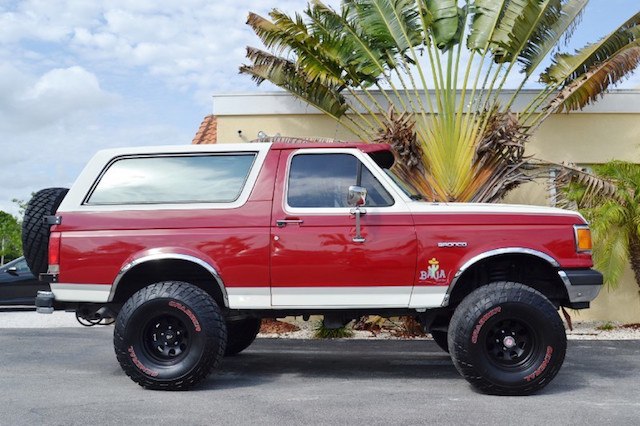 This 1990 custom lifted Bronco sports a red and white two-tone look against red leather seats, perfect for those show-stopping weekend cruises. Under the hood is a 351 Windsor V8 that’s only got 73,512 miles. With serious looking set of wheels and tires, this strongly powered Bronco should be able to handle anything you throw at it.

Now that you're all revved up from scrolling through these handsome Broncos, we have some good news! All signs are pointing to a brand-new Bronco thanks to a new UWA contract. Though details are murky, we’re excited to find out what options will be available and what platform it’ll be built on.

In the meantime, we’d love to help you spend more time on the road with your Bronco instead of fixing it in the garage. We at Blue Springs Ford Parts are your go-to experts for a wide variety of Bronco factory sourced parts.