Mustang Rumors: Shelby Name, Supercharger To Get The Axe in 2015? 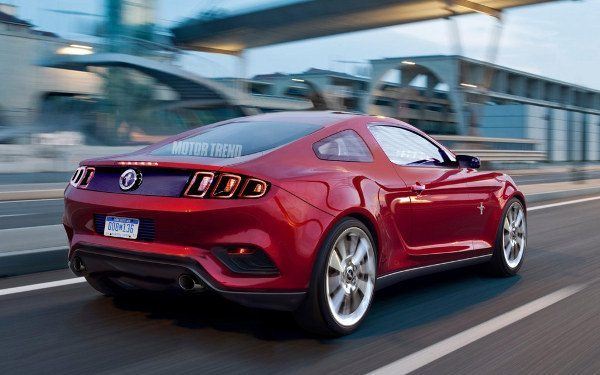 A rendering of the 2015 Mustang, as created by Motor Trend magazine. Image copyright Motor Trend - click to see the original.

One of the most recognizable monikers of the Ford Elite – Shelby - looks as though it may have reached the end of its run. After bringing the classic nameplate back in 2007, it seemed Ford was reviving the nameplate to bring a sense of tradition its newer auto champion models.

Now, according to Road and Track , the powers that be at Ford are planning to drop the Shelby name in favor of another that is said to "be familiar" to Ford lovers. Many suspect the new name to be "Cobra" (which hasn’t been used since SVT’s fourth-generation Mustang). 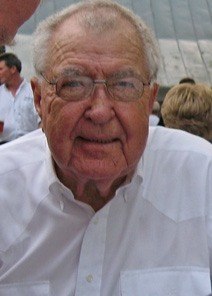 Automotive icon Carroll Shelby, for whom the Shelby Mustang is named.

Many Ford fanatics like myself wonder if dropping this name is easier given the fact that Carroll Shelby has passed on. Perhaps now Ford doesn't feel the need to stay tied to him. Though this move would definitely help to differentiate Shelby American's Mustangs from the Special Vehicle Team (SVT) division of Ford, it's slightly disheartening to see such as classic name go.

Still, the new independent rear suspension and lighter curb weight should improve handling, and overall we could see a more well-rounded performance (albeit less powerful) sport car emerge. The rumor is that the 2015 SVT Mustang will feature an aggressively tuned and naturally aspirated version of the current 5.0L V8.

While I do admit the current GT 500 seems to be built more for the drag strip than for the road, I can't help but wonder if Ford is changing the character of the Mustang for the worse. Will future models be more "divas of the road" rather than true "muscle cars?" Only time will tell.

NOTE: There is still hope that the Mustang will still carry the Shelby name. The new GT 350 is set for release in 2016, and this model has been described more or less as a stripped down version of the 2013 GT 500. Perhaps this Stang' will carry on the Shelby tradition.

As a classic Mustang enthusiast, I sincerely hope the Shelby nameplate is not dropped forever. There's a lot tradition tied up in that name, both inside the auto industry and in the hearts and minds of loyal fans. Still, change is inevitable...perhaps the true tradition of the classic Mustang is that it stays fresh regardless of the era. Here's to hoping.

Jack Payton is an auto-aficionado who like many others of his time is a fan of the classic sixties muscle cars. He is a freelance writer for the online tire retailer Tires-Easy.com