The Ford F-150 has been the top selling truck for so long that some buyers have NEVER known it not to be the best selling truck. Crazy, no? What does it need to do to stay on top? Not a lot, here is our list on what to expect in 2015. 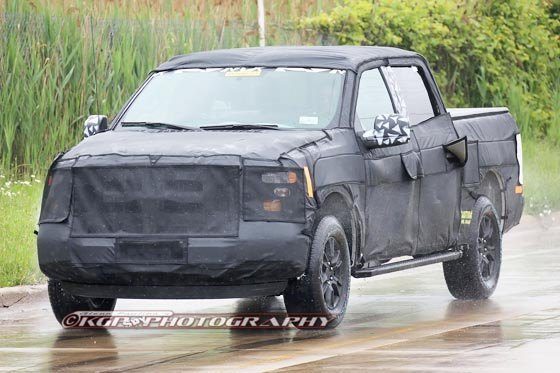 One of the big things to remember about the upcoming Ford F-150 is that just this year, Ford showed off the Atlas Concept. This concept seems likely to have several items that will be on the next-gen. With that in mind, here is what we think we will see.

Lighter Weight/Aluminum
If the Atlas concept showed us anything, the future is in aluminum. The reality for all truck makers including Ford is that trucks need to have better MPG. How do you do that? Many ways, including dropping weight. Aluminum is the quickest way to make that happen. Our guess is that the 2015 model won't be completely aluminum, but it will be step in that direction.

Better Fuel Economy
With the 2016 CAFE regulations coming fast, it would be incredibly surprising if this truck didn't have better fuel economy. The truth is that still less than half of the F-150 customers buy the better MPG EcoBoost models and this has to be concerning for Ford. Unless, they can convince more customers to buy the EcoBoost OR they can improve the MPG for the V-8, they could be facing some penalties from the EPA. Now, it is also true that if the Ford Focus EV starts selling like hotcakes that could change things, but until then, the F-150 has to continue to improve on MPG numbers.

Start/Stop Technology
A feature that is becoming a staple in the automotive world is the new start/stop technology. This technology effectively turns off the engine while sitting and automatically starts it up when you depress the gas. Overall, this feature hasn't been a major saver in fuel, it can add up.

8-Speed Transmission
Along the lines of increased fuel economy, a new transmission seems to make a lot of sense. Now, we know that Ford has a joint agreement with GM to develop a 10-speed transmission, Ford shouldn't wait. Being the category leader often means keeping up with the others, an 8-speed transmission would allow them to do that.

Dual-Stage Turbochargers
Bascially, this should be called engine improvements. While the EcoBoost blew away the field when it first came out, it still can be improved on. Mostly everyone believes this will come in the form of improved turbochargers.

Diesel
Could Ford offer a diesel engine in the F-150. Sure. Will they? Nope. It is just not the right time. Now, if the Ram 1500 diesel is really a game changer, then Ford will quickly respond. If it doesn't? Then a Ford F-150 diesel gets pushed farther on the back burner.