Have you ever heard of the Bullitt Mustang? If you haven’t, you’re in for a treat. It’s basically a modern version of the famous green Mustang featured in the 1968 movie called – you guessed it – Bullitt. 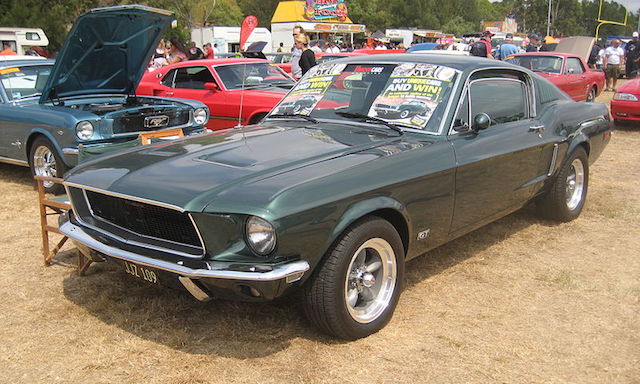 A replica of the 1968 Mustang featured in Bullitt, via Sicnag 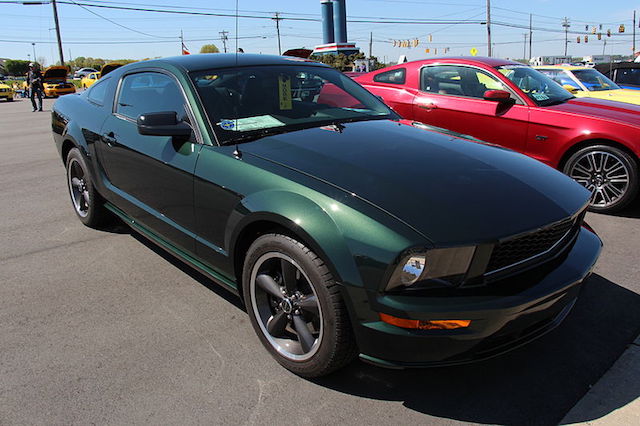 A 2008 Bullitt Mustang, via Sicnag

The Bullitt Mustang vs. The Regular Mustang

The Bullitt Mustang is loaded with slight body changes and special features to improve its performance and handling, as well as mimic the throaty sound of the original GT 390 Fastback in the movie. Compared to the regular Mustang, the Bullitt edition has:

History Of The Bullitt Mustang

It all began because of the 1968 thriller film Bullitt. It features an incredible 11-minute car chase between a souped-up Mustang GT 390 Fastback (driven by Steve McQueen) and a Dodge Charger through San Francisco. Steve McQueen and his Mustang finally overtook the powerful Charger and ran it off the road. Here’s a video of the famous chase scene:

Rumor has it that the Hollywood engineers modified the ignition, carburetors, and cylinder heads in the two Mustangs used during the filming of that scene to make the chase closer. The scene made the Mustang, which was launched only four years earlier, a pop culture icon.

33 years later, in 2001, Ford rolled out a special edition of the Mustang GT and called it Bullitt. They built it to resemble the high-performance nature of the modified 1968 GT 390 Fastback in the movie.

Ford released newer versions in 2008 and 2009 and ceased production after that. However, there’s a rumor going around that Ford is planning on releasing a 2018 or 2019 version of the Bullitt Mustang. In early December 2017, an eagle-eyed user at the Mustang6g.com forums spotted a new Mustang prototype that looked suspiciously like the Bullitt. Its dark green paint color was similar, if not identical, to the Bullitt’s famous Dark Highland Green paint. The unique 5-spoke Torq Thrust wheels and lack of badging were other hints to the Bullitt Mustang’s possible comeback.

Here’s a brief overview of the Bullitt Mustang’s three separate years in production:

Do you think Ford will add a 2018 or 2019 model to the Bullitt Mustang lineup? Chime in on Facebook!