Volkswagen showed off a new concept recently that takes aim at the Ford Raptor. Could fans of the truck be swayed by a compact truck version? Are you interested in a Ford Ranger Raptor pickup? 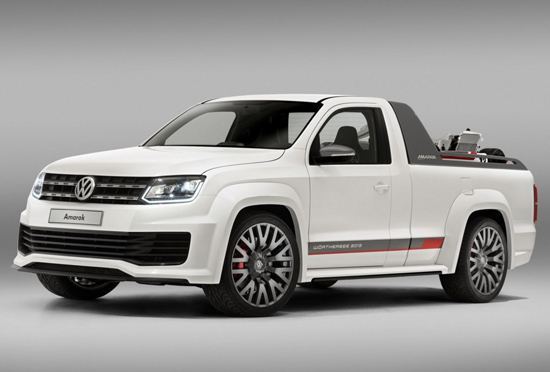 This is VW's Amarok concept that has taken some of the Ford Raptors ideas.

The new Amarok R-Style was revealed at the 2013 Wörthersee Tour tuning event in Austria. This truck is meant to be a VW version of the off-road performance that the Ford F-150 SVT Raptor. It is an interesting concept from VW to  say the least.

The truck features "22-inch alloy wheels, lowered springs and a wide-body kit. There are also plenty of carbon fiber accents and a chunky sports bar running across the back of the cab," according to MotorAuthority.com.

Along with those changes, VW has modified the interior with new LEDs and red styling. 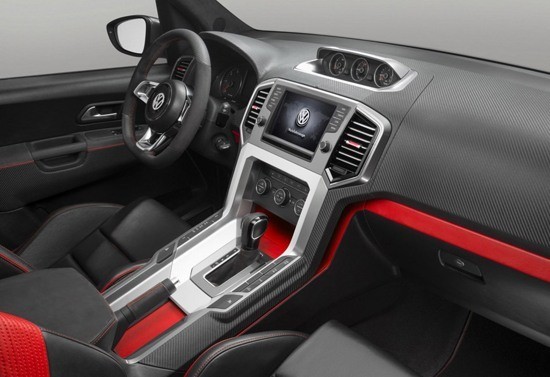 The new interior in the VW Amarok concept is meant to interest off-road fans.

This isn't the first time VW has looked at modifying the Amarok to match the Raptor. At the 2013 Geneva Motor Show, they debuted the Amarok Canyon concept which was basically a "toughened-up Amarok concept," according to MotorAuthority.

While this truck is another "foreign" teaser truck for U.S. buyers, the question is would North American truck buyers want this truck. The truth is that the Raptor is quite an impressive off-road machine, yet it also features a large cab and footprint. Could a smaller compact version sell well?

Our guess is that it probably would sell in the U.S. and there would be a distinct group of buyers interested in such a version like off-road racers, hunters and off-road enthusiasts. Yet, the buying power of that group would probably not be strong enough for Ford to consider such a model. It is interesting to think about though, a compact Ford Raptor.

What do you think? Do you want a smaller Ford Raptor?