Ford has a long history of building "Ford Tough" vehicles and the Mustang is no exception. What about an EF5 Tornado? Yep, the Mustang can take it. 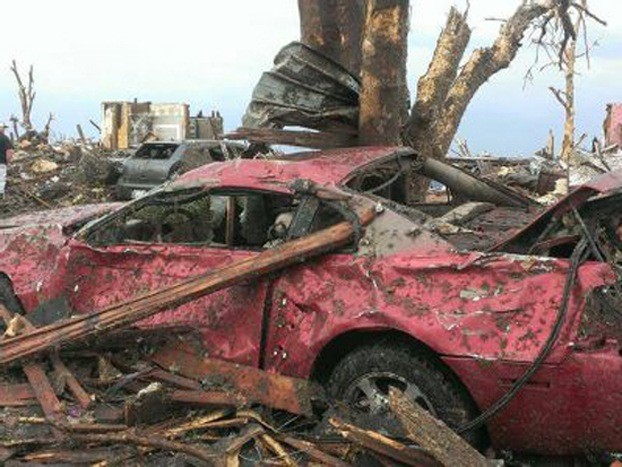 This tornado-damaged Ford Mustang sure took a lick.

When an EF5 Tornado hit Moore, Oklahoma (south of Oklahoma City) on May 20, 2013 several homes were flattened by the devastation. Among the rubble was a Ford Mustang owned by Jack Harden Jr. and his expecting wife Stephanie according to Muscle Mustangs and Fast Fords. Looking at the car, you wouldn't imagine it would start, let alone drive. 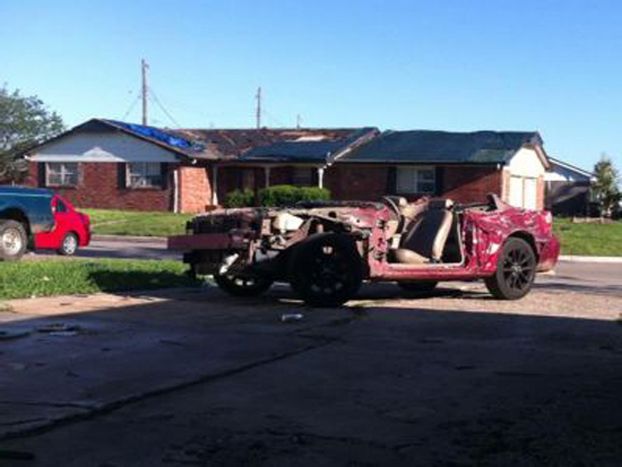 A chopped top and new tires is all it takes to get the tornado-damaged Mustang to drive around town.

Not only did the Mustang start, it actually could still be driven albeit with chopped off roof and new tires (robbed from another Mustang).  With a beat-up, yet drive-able car, the next step was of course to tour the tornado damage.

Driving around in the chopped roof, tornado-damaged Mustang with the sun on their heads was like saying "oh yeah, Mother Nature, that's all you got!" 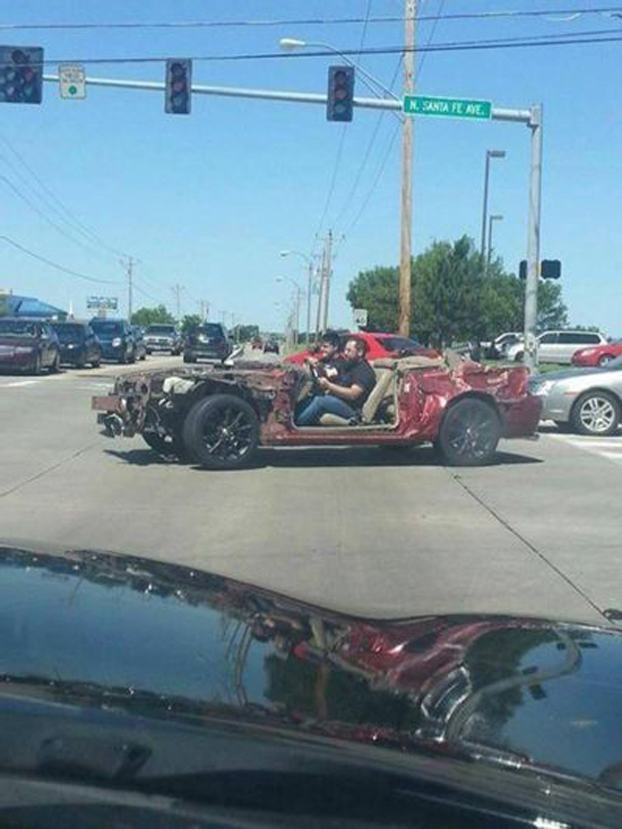 With the built Ford tough Mustang, Jack and his friend Nick were not only able to drive around the town, they were able to spread joy to the faces of other survivors. Watching a completely wrecked vehicle be resurrected in a way, was inspiring for the citizens of the town.

What do you think? Is this an inspiring story?