The newly announced 2014 Ford F-150 Tremor will serve as the official pace car for the August 17, NASCAR Camping World Truck Series. So basically, the Tremor is already leading the pack. 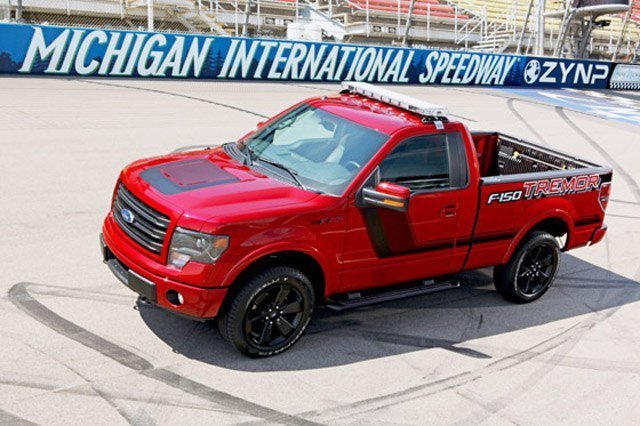 Leading the field as the pace car at the August 17 NASCAR Camping World Truck Series is the 2014 Ford Tremor.

Ford's new Tremor package was just announced a few months back much to the delight of truck fans who like to drive fast. This 2WD regular cab short bed truck has a sport-themed option package that delivers 365-horsepower with 4:10 gears (great for "launching"), 20-inch blacked-out rims and Pirelli Scorpion tires. It uses Ford's EcoBoost V-6 engine and is one of the first sport trucks to use turbochargers from the factory.

Adding to the coolness of this event is a ride along for select journalists with Nationwide and Sprint Cup drive Brad Keselowski. These journalists will get to "feel" first-hand how much power this truck has and how it handles when professionally driven.

"Michigan International Speedway is one of the fastest tracks on the NASCAR circuit, so the
vehicle pacing the field also needs to be fast," said Jamie Allison, director, Ford Racing, according to a press release. "The 2014 Ford F-150 Tremor, with its light-weight configuration, EcoBoost engine and launch optimized performance, is well-suited for this job."

According to a press released, the F-150 Tremor features:

"An electronic locking rear differential that’s standard for both two- and four-wheel-drive versions
helps deliver the power to the pavement by improving traction during takeoff." 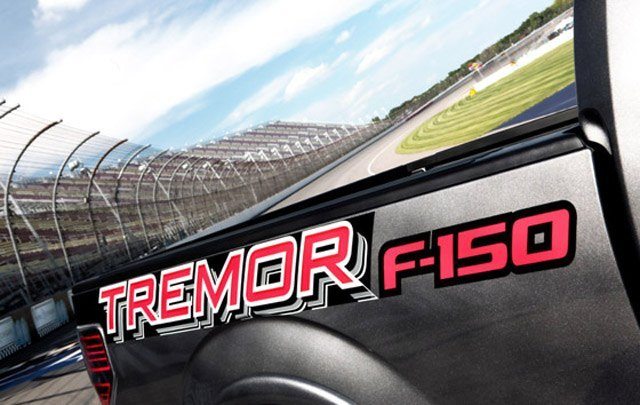 The Ford Tremor's new styling and graphics are a great package addition.

It is also the only regular-cab F-150 to offer a "flow-through center console and bucket seats."

What do you think? Would you love to be one of those "select" journalists?