During the first day of the 2013 SEMA show in Las Vegas, a very intimidating Mustang GT grabbed the attention of the masses. This amazing machine has it all, power, style, and the ability to leave the competition crying in the corner. 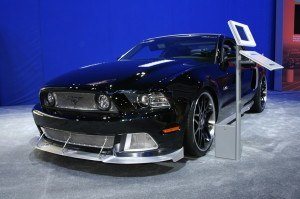 Hollywood Hot Rods transformed this 2014 Mustang GT convertible into a full-blown supercar for the 2013 SEMA show. This extremely modified car is made to take on competitors in a whole new league in both styling and power categories.

Although the Mustang has very classic styling and proportions by design, the team at Hollywood Hot Rods wanted to take this project car to a new level -- and they accomplished just that. 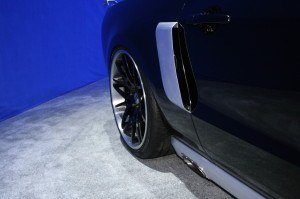 While simply adding a few customizations here and there, then finishing it off with new accessories would’ve been the easy way to go, the team really wanted to change the Mustang. 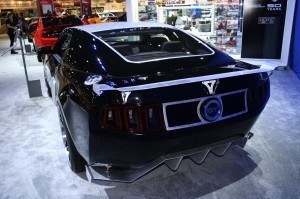 They did this by redesigned some of the prominent elements of the car’s original design. For example, the roof and the rear section were overhauled to reflect a much bolder design that likens the car to supercars while still being recognizable as a Ford Mustang. 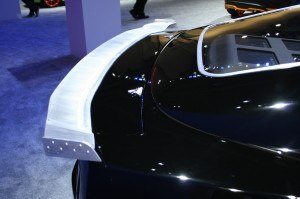 Over 150 hours of design and labor went into the restructuring of the back section of the Mustang, and an additional 250 hours went into hand shaping the removable aluminum roof.

All of the body mods were custom fabricated from aluminum -- including the front splitter, side scoops, side skirts, and diffuser.

It wasn’t made to be all show and no go though, the team but in just as much to the powertrain -- after all, a car that looks like this better be ready for a fight! 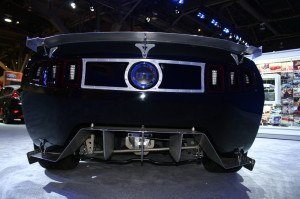 Under the hood, you’ll find a Ford Racing Whipple supercharger with a Banks Straight-Shot Water-Methanol injection setup and IQ Man Machine interface. This system is said to bring the V8 up to 750 horsepower, give or take.

In order to get this power to the ground, the car rests on a Cortex Racing X-treme grip track suspension.