GT350 Sticks with Big V8 While Downsizing is Trending

While many auto manufacturers are downsizing their engines and adding turbos to close the power gap, Ford is throwing a trusty ole’ V8 under the hood of the GT350. Details about the new model show that there will be no engine shrinking for this speciality model Mustang.

The Mustang GT350 is a more powerful version of the newly redesigned 2015 Mustang GT. It features upgrades throughout that are found on high end sports cars, such as the addition of the MagneRide suspension system. This model marks the first time such a system is used on a Mustang. Paired with the newly overhauled IRS, handling will be a whole new beast.

Another characteristic this model has in common with the high end sports car is the five driver select modes that change suspension stiffness, steering feel, traction control, throttle response and more.

More interestingly, the Shelby GT350 is getting a 5.2L V8 engine that makes an impressive 500 horsepower output and produces 400 lbs-ft of torque! That’s over 60 horsepower more than the GT and same torque. 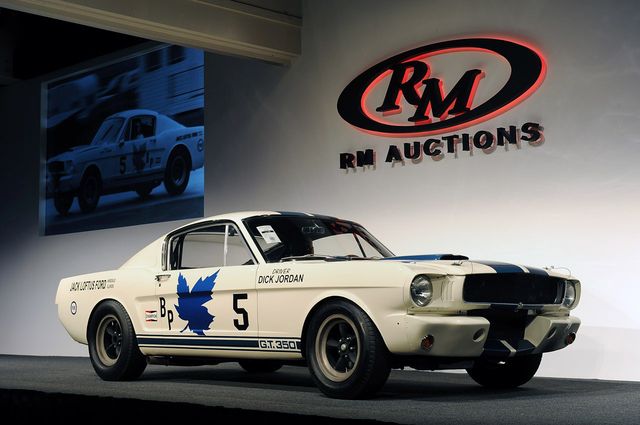 Using a big, powerful V8 is a distinction of the GT350. Dating back to the original 1965 Shelby GT350, the classic version of this high performance Mustang got a 4.7L V8. The GT350’s engine is getting an advanced crankshaft which is flat instead of circular to save weight and allow the engine to rev much faster and make those big power numbers.

Designers of the 2015 version didn’t want to give up on that V8 rumble, raw power, and everything that marks a powerful, American made V8 car.

V8s are Losing Their Steam Elsewhere

The age of the V8 is dying, and evidence of that is everywhere. From sports cars to full size pickup trucks, it seems the trend is downsizing now. It’s more common to see a high performance engine that’s made of less cubes and has an added turbocharger than a V8 under the hood.

These smaller engines are gaining popularity with auto makers and drivers for their ability to make just as much (if not more) power as the bigger displacements but at the same time get amazing fuel economy. However, the trade-off of smaller turbocharged engines is a lag in power delivery and loss of that distinct V8 growl.

The only transmission option for the Shelby GT350 is a six-speed manual. Not offering an automatic version makes this even more appealing to hardcore gear heads. It’s also very track focused and many features have to be ordered with the optional Tech Pack — keeping the model pretty basic and close to its roots.

Full specs have not yet been released, but pricing and 0-60 times should be below the previous generation GT500 and above the 2015 Mustang GT. When it goes on sale early this year, it will be in direct competition with the Camaro Z28.