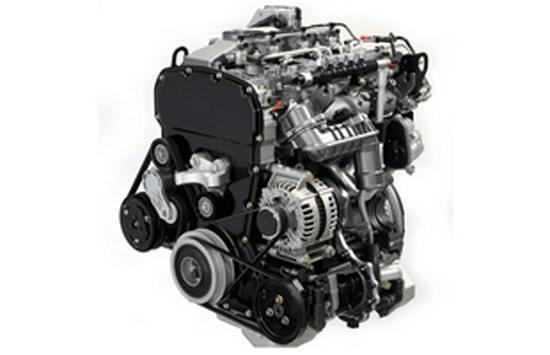 With the introduction of a 3.2-liter turbo-diesel, Ford is set to become the first automaker to offer two different diesel engines.

The 2014 Ford Transit van will have a turbo-diesel option along with an EcoBoost according to a story on Pickuptrucks.com. The engine is a 3.2-liter inline-five engine that is currently being used in the "Global" Ford Ranger that isn't for sale in the U.S. Ford has yet to publish any data on well the engine will perform. Currently, there are some rumors on a Power Stroke forum that suggest it will get 23 mpg in a one-ton version. It could mirror the Ranger which is rated at 197 horsepower and 347 pounds-feet of torque according to press release.

Always the big question when it comes to diesel is how it will pass the EPA requirements. Ford plans to use "selective catalytic reduction and a particulate filter" which is similar to its Super Duty 6.7-liter Power Stroke.

Ford says the technical features will include:

The plan is to use the engine with the Ford 6R80 six-speed transmission. It will be built in Port Elizabeth, South Africa and imported to Ford's Kansas City Assembly Plant in Claycomo, MO.

One of the big questions for Ford fans has to be with the engine here, will the Ford Ranger come back to North America? That is very doubtful, yet if the new Chevy Colorado diesel sells well, you can bet Ford will take notice.