The Ford Mustang special Thunderbird edition is one sweet looking custom ride that just sold for $398,000. Incredibly, it was bought by the same guy who bought the last two fighter inspired Mustangs. True love or crazy collecting? 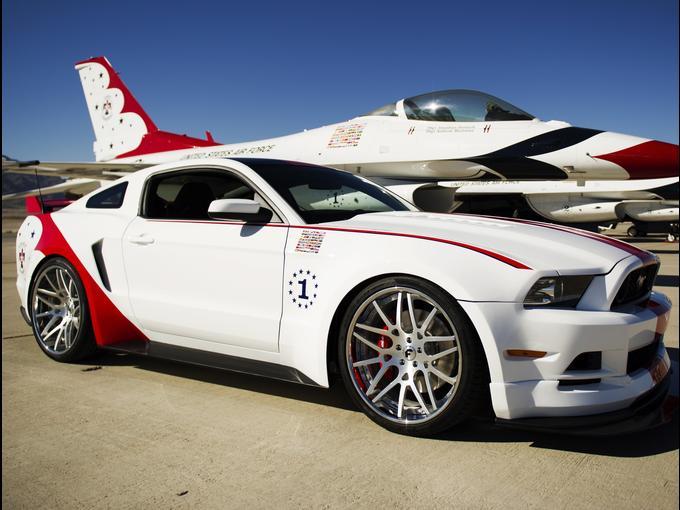 This special edition Ford Mustang sold for $398,000 to a buyer who has bought the last two editions.

San Diego resident James Slattery has a big interest in these fighter plane inspired Mustangs and the charity it benefits. He recently paid the $398,000 for this edition that resembles the Air Force Thunderbirds demonstration team fighters according to USA Today. These cars benefit the Experimental Aircraft Association's Young Eagles Program. This program has provided introductory flights to 1.6 million kids since 1992.

The 2014 "Thunderbird" Mustang has a custom paint job meant to resemble the planes. It also has some horsepower itself with a supercharger, suspension handling pack and Brembo brakes.

Ford is a sponsor of the Young Eagles program at the EAA AirVenture show in Oshkosh, WI.

"The dedication and excellence displayed by the United States Air Force Thunderbirds are qualities we also celebrate at Ford," said Edsel B. Ford II, a member of the Ford board of directors, in a statement. "With this year's beautiful U.S. Air Force Thunderbirds Edition Mustang, we've captured the recognizable symbols of their stature and paired it with the innovation our Ford design and engineering teams build into all of our products."