Hindsight as they say is 20/20. Now that Ford has discontinued the Ranger hoping that these customers would move up to an F-150 instead (they aren't), will Ford ever bring the Ranger back to the U.S.? Ford compact truck fans are really hoping so. 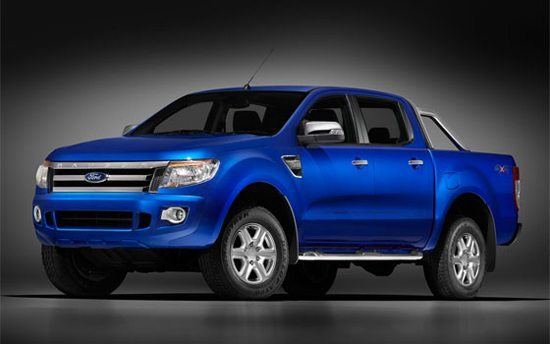 One thing for sure is that the Global Ford Ranger is one sharp compact pickup. Will we ever get a chance to buy one in the U.S.?

When the last Ranger rolled off the line in December, 2011, customers were left wondering what the deal was. Ford publicly said that Ranger sales were not as strong as they used to be. This is because the buying incentive of higher MPG with compact trucks wasn't true anymore. They spoke about how little the differences between the F-150 and Ranger were. Specifically, fuel economy and MSRP were really close between the two. They wondered why customers would buy a Ranger when the F-150 was available. It seemed like good logic. But what is the reality, do customers agree?

Many Ford dealers and car buying sites like Edmnuds.com are saying that the answer is no. Specifically, compact truck buyers simply don't want that large of a pickup. They prefer the smaller size and maneuverability of the compact truck. In fact, Toyota Tacoma sales are up with many former Ranger owners buying them instead of the larger F-150.

Also, hurting the perception that customers would simply move up are small businesses like Orkin. According to a story in the Detroit Free Press, Orkin leases a fleet of 5,000 Ford Rangers and buys 2,000 of them annually. Recently they decided that the F-150 wasn't the right truck for their business. Instead they are now transitioning their fleet from Ford Rangers to Toyota Tacomas. That's quite a bit of business for Ford to lose.

There is, though, still a Ford Ranger on the market. It is called the Global Ford Ranger, yet it is not for sale in the U.S. By some accounts, the Global Ranger is quite the diesel-powered compact pickup. It recently beat several other compact trucks in a shootout by PickupTrucks.com. It is an impressive vehicle that fits a niche. Ford fans wonder how hard would it be to simply through a gasoline engine in it and bring it to the U.S. Sounds easy right?

Not likely to happen anytime soon. We were recently told by a Ford contact that they are working on developing a new marketing plan that will focus on advertising the base level F-150 as an affordable, entry pickup. The source said this was in response to Dodge which it sees a developing a similar campaign. While the source won't confirm it, we wondered if the advertising plan wasn't instead focusing on stemming the loss of Ranger customers.

There is also a thought out there that the new CAFE standards will have Ford considering building smaller, more fuel-efficient pickup. Chevy seems to think so since they are bringing a new Colorado to the market that will have a diesel engine in 2014, according to our Chevy source.

What will the future hold for the Ford Ranger? By all accounts, it had an impressive run lasting almost 30 years. Will the new CAFE standards and changing customer needs mean that Ford Executives admit their error and bring the Ford Ranger back to the U.S.?