The Ford Focus is known as a reliable, durable vehicle with excellent drivability and fuel economy. With such high marks in nearly every category, the Focus seems to be lacking in only one area: the stereo. 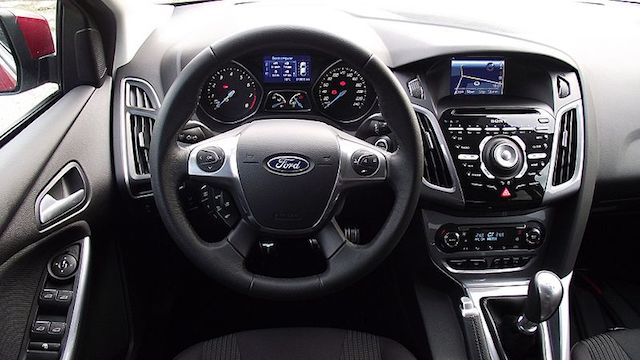 A 2013 Ford Focus stereo, which has reported issues. Via Wikipedia Commons

In the case of the zombie apocalypse, the Focus' mechanical excellence would be more important than the stereo. Plus, we're willing to bet that 100% of all radio stations would be down. But we're no closer to the zombie apocalypse than we are putting a man on Pluto, and you deserve to have your tunes rockin' whenever you're behind the wheel.

For the 2012 Focus alone, by far the biggest issue was the radio not working properly. Users from Car Complaints cite loud static, unresponsive buttons, "popping" noises, and total failure as common issues.

Some of these issues can be remedied; however, there's a good chance that you'll have to get a new stereo altogether. If you're one of the many having issues with the Focus' stereo, don't fret - there are easy (and affordable!) ways to replace it.

Walk into any parts or electronics store, and you're bound to be bombarded with a plethora of speakers and stereos promising bigger sound and more options.

As tempting as this might be for your Focus, do yourself a favor and just don't. Aftermarket speakers and stereos tend to over-promise on the platform of bling and buttons, but at the end of the day, they might not be right for your car.

Our advice? Go with an OEM replacement stereo. Here's why:

If you have any questions about purchasing an OEM replacement stereo for Focus or have questions about OEM parts in general, don't hesitate to call - we'd love to help you out!