Like Nolan Ryan's hall-of-fame pitching career, this post will start in the 60s and end in the 90s. We stopped at the fourth generation in Part 1 of our history of the Ford F-Series, so we'll pick up right where we left off. 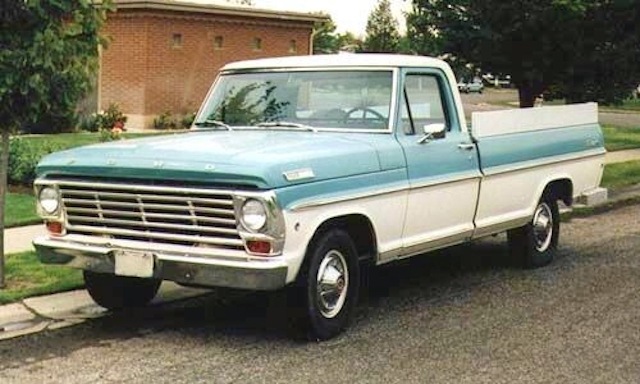 The fifth generation of the F-Series started out with upgraded comfort and luxury, including shoulder-mounted seat belts, padded sun visors, and a padded dash. The 1967 Ford came in three trims: Base, Custom Cab, and Ranger, which was carried over from the previous generation. With a wider cab and sharper styling lines, Ford offered expanded engine options for this generation, including the 240 cubic inch straight six, 300 cubic inch straight six, or the 352 cubic inch V8.

In 1968, federal regulations required all car manufacturers to add side lights or reflectors, so Ford introduced a redesigned hood and also incorporated air conditioning for the first time. Over the next few years, Ford introduced the 302 Windsor V8 engine, new steering wheel design, and AM/FM radios.

In all, the fifth generation of the F-Series pushed for convenience, comfort, and efficiency - something they'd build on in the sixth generation. 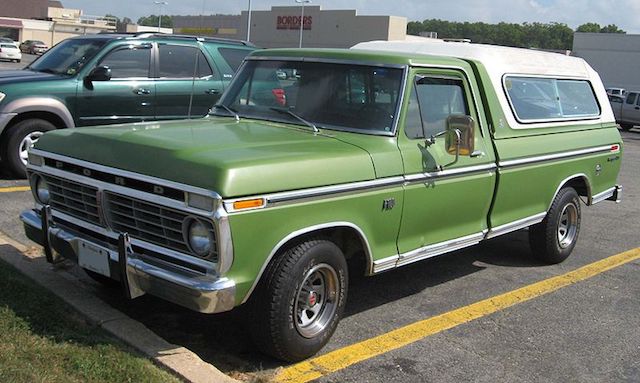 The most telling aspect of sixth-generation Ford trucks was the new grille, which spelled out Ford just below the hood. The most significant change of this generation, however, was the first extended-cab SuperCab available for F-100 through F-350 models. Ford opted to use extensive amounts of galvanized sheet metal to fight corrosion, resulting in a durable exterior.

The first newcomer to this generation was the F-350 SRW (single rear wheel), which was a heavy-duty option created with contractors and camping enthusiasts in mind.

Little changed through the next few years, with one small (at the time) exception: the introduction of the F-150. Originally intended to take over the F-100 as Ford's base pickup, Ford had no clue their F-150 would eventually become the best-selling vehicle in the United States. In 1976, Ford's F-series finally surpassed its contemporaries and became the best selling truck in the country, and it hasn't let up since.

The second newcomer to the generation was the 4-wheel drive Ford F-100 "Shorty Flareside," which was introduced in 1977 and featured a 117-inch wheelbase and 6 1/2 foot cargo bed. It was aimed at younger buyers who wanted to personalize their ride.

1979 brought the familiar "Build Ford Tough" slogan, and the round headlights were thrown out in favor of rectangular ones. 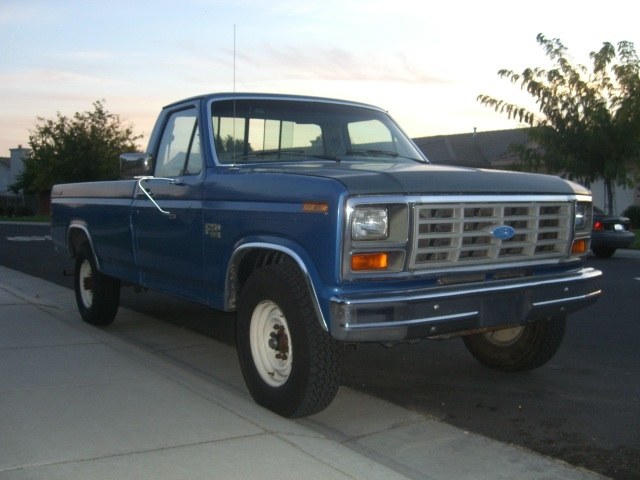 While previous generations focused on comfort and convenience, the seventh generation's goal was economy and efficiency. Ford kicked this off by making the 1980 F-series more aerodynamic for improved fuel economy. The F-series also became lighter, with Ford implementing plastics, aluminum, and lighter-gauge steel where they could.

Prior to the seventh generation, Ford usually re-designed some part of the F-series to keep up with competitors. But with their trucks on a roll as the best-selling vehicles in America, there were few year-by-year design changes. As they say, if it ain't broke, don't fix it.

For the first few years, Ford offered 4 trim packages: Custom, Ranger, Ranger XLT, and the Ranger Lariat. In 1982, however, the Ranger trim was dropped and instead applied to Ford's new compact pickup. Ford offered five other trim packages until the generation ended in 1986: Base, XL, XLS, XLT Lariat, and Explorer. 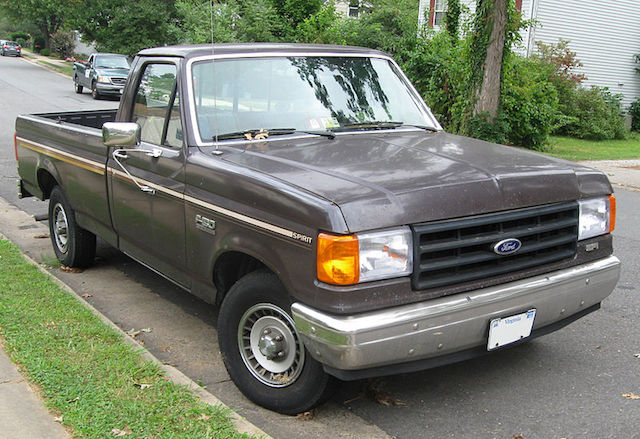 Perhaps the most convenient change to this generation's F-Series was the introduction of flush headlights, which required you to change only the bulb instead of the whole assembly.

Other than that, the new-look Fords featured new front fenders, bumpers, and hoods for an overall streamlined look. Ford also made things simpler, adding an easy-access fuse box and a simplified belt replacement for the alternator, power steering pump, and A/C compressor. They also added anti-lock rear brakes, which was the first time they were ever included as a standard feature.

In 1988, Ford introduced a new line of Super Duty F-350s, which featured a 7.5-liter V8 or a 7.3-liter diesel option. Other than that, few changes occurred through the remainder of the generation. In 1990, a heavy-duty service package was offered, designed for snowplow operators and included a heavy-duty battery, high-capacity radiator, and skid plates.

The last year of the generation brought standard hub locks for the F-250 and F-350, as well as a "Touch-Drive" electronic transfer case control that allowed drivers to switch to 4-wheel drive at the push of a button.

Ready for more F-Series history? Check back soon for Part 3!