Most Expensive Stock Ford Raptor in the World

As the personal wealth of individuals is booming in China it seems the interest in American automobiles is also growing. In fact, the Ford Raptor has been sold there for as high as $160,000. Now that is one expensive Raptor! 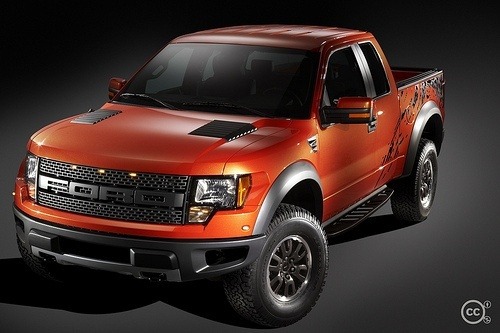 A story in the Detroit News, says that the Chinese are paying a premium to get their hands on the off-road machine. The big reason is that buyers must by from a gray market. This is due to several factors including Ford not offering the truck in China and the national government placing large import taxes on it (as much as 50 percent). The government places the tax instead of a complete ban. The feeling is that China doesn't want to alienate the public like it did when it banned the Hummer a decade ago rather it just puts a high tax on it.

A gray market works with Chinese auto dealers ordering the trucks and then paying for them to shipped overseas. It is quickly apparent that shipping a vehicle overseas, slapping a 50 percent import tax on it and then have a limited demand translates into skyrocketing costs.

There are several websites in China offering the Raptor for sale. For example, "Autohome.com.cn has an SVT Raptor SuperCrew for sale for the Chinese equivalent of about $145,000," according to the Detroit News.

"Unlike in the U.S., the pickup is hardly associated with a symbol of lifestyle in China. Instead, it is mostly used for utility purposes (transporting goods)," said Lin Huaibin, IHS Automotive China light-vehicle forecast manager told the Detroit News. "The sales volume of pickups such as the Ford Raptor … is very small not only because of its high price, but also because of the taste of local consumers who do not see the pickup as a 'car,' per se."

Like most things of this nature, the high prices won't last forever. Already, supply is starting to surpass demand and prices are expected to deflate.