If you live near St. Louis and are looking for an adventure, hop into your car and head over to MotoeXotica to check out their many amazing vintage finds. If you live in a land far, far away from the Gateway City, don’t worry. You have the internet to thank for the opportunity to feast your eyes on one of the most unique Mustangs to have ever entered MotoeXotica’s garage: 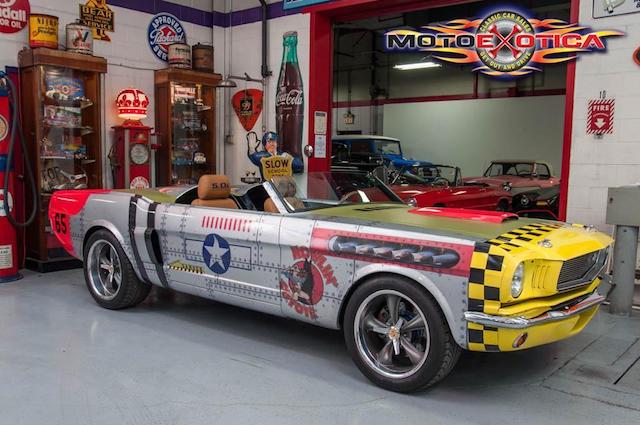 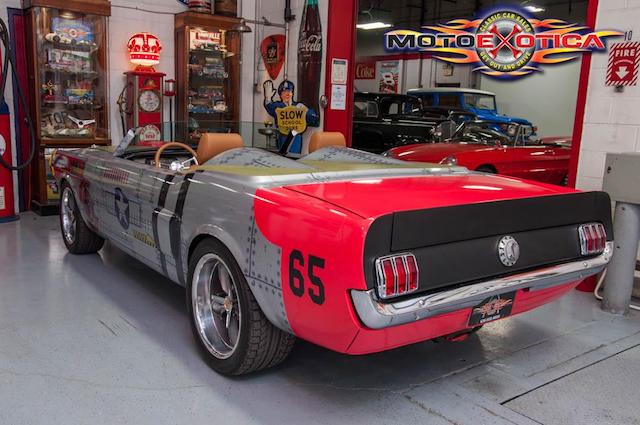 This 1965 Mustang restomod sporting a 2013 Ford Racing Coyote V8 engine and a five-speed Tremec manual transmission can produce over 400 horsepower. It has enough power to knock any 1960s-era Mustang enthusiast off of their feet because Mustangs pushed only 100-300 horsepower back then. If you’re longing to own a fast classic Mustang, we have good news for you: this beauty is listed on eBay for $55K. 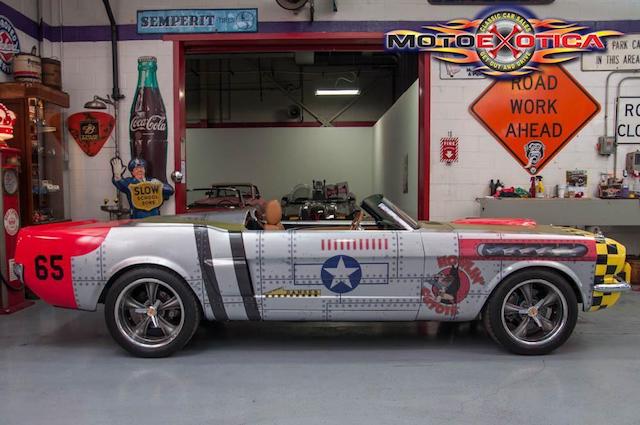 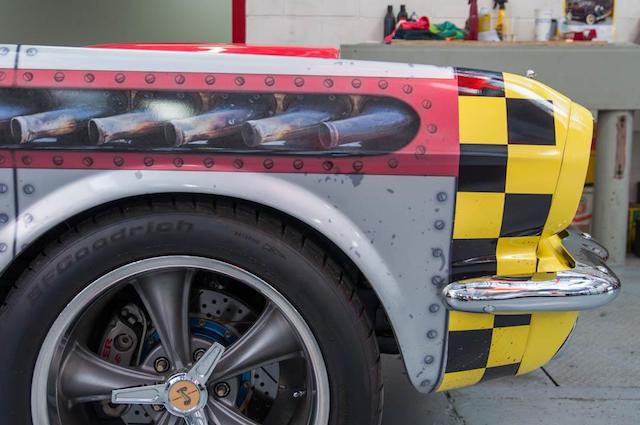 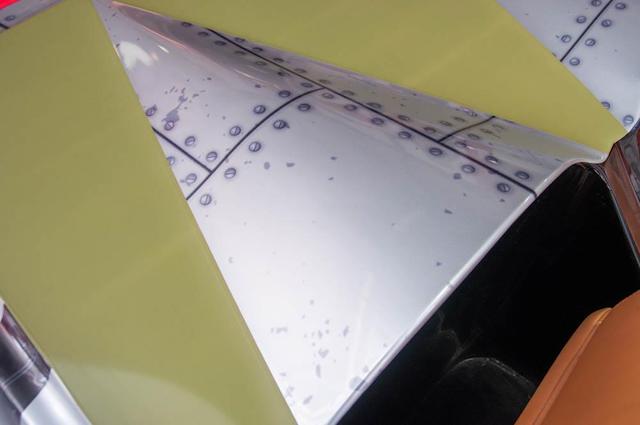 We love how the one-of-a-kind WWII USAF-themed vinyl wrap adds a splash of the ‘40s to the car. It also – in a true 1940s fashion – highlights the great features this Howlin’ Coyote packs, such as the massive air intakes on the sides and the racing engine powering it. 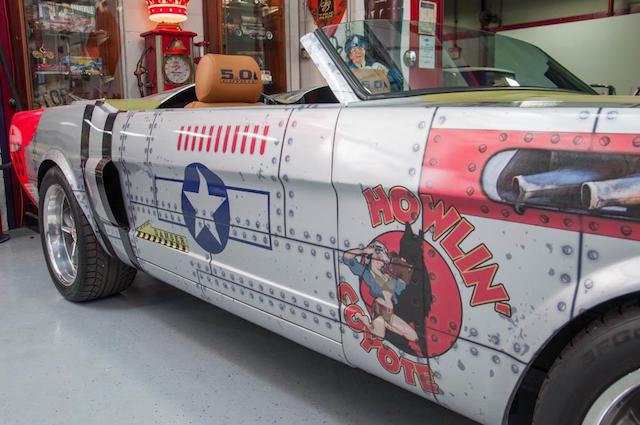 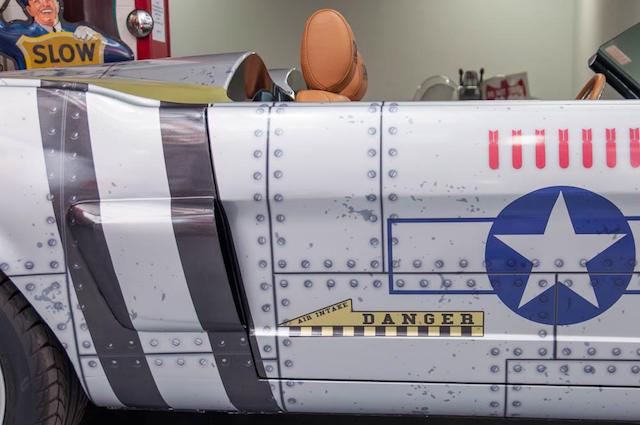 If you’re a Mustang history buff with a keen eye for detail, you may have noticed that the body isn’t quite like the original. It’s actually a custom speedster body with shaved handles. There’s also the custom chopped windshield that gives off the WWII fighter plane vibe. 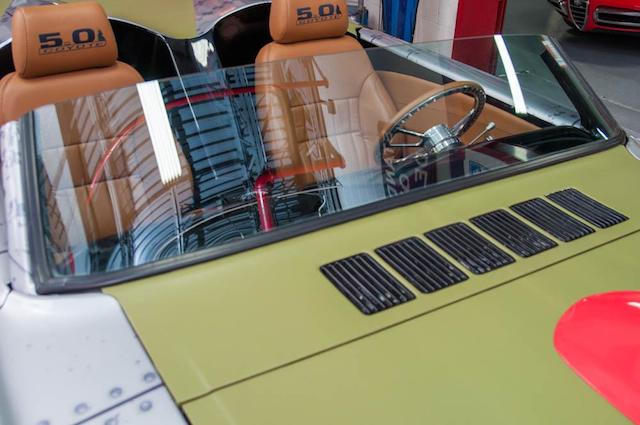 The nose doesn’t strike much of a resemblance to the original, either. The Ford Mustang logo emblem was removed and the grille appears to have been replaced. 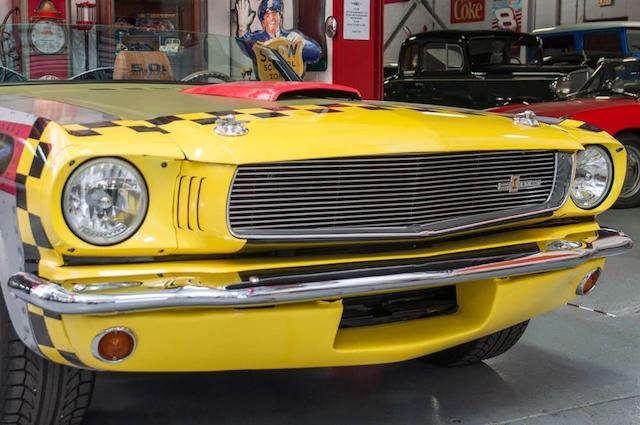 Now, let’s pop the hood and see what’s inside. 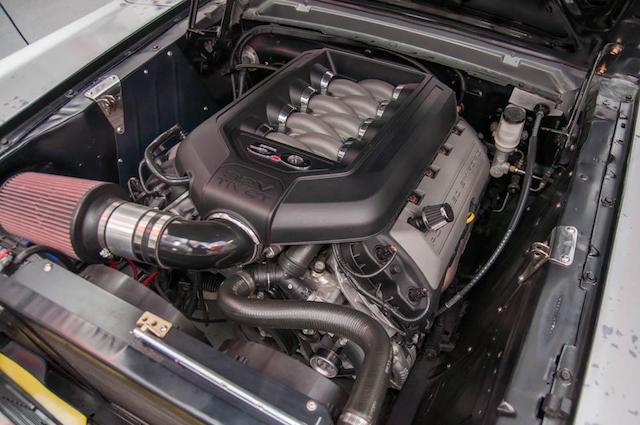 And there’s the Coyote engine that puts this classic beauty ahead of all the others! The picture doesn’t show it, but the engine comes with Twin Independent Variable Cam Timing (Ti-VCT) and is backed by a nine-inch Currie rear-end housing assemblies.

The Mustang also comes with some great upgrades: 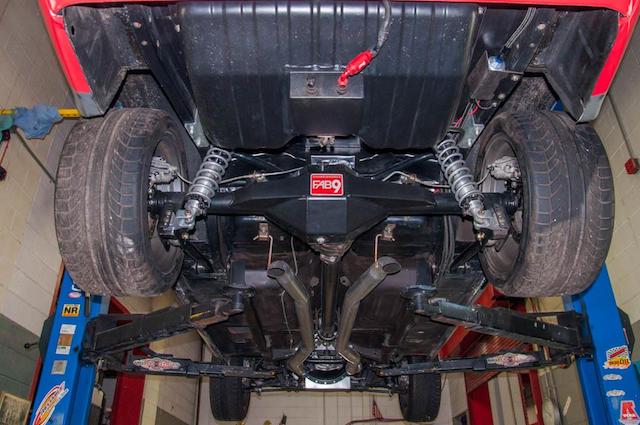 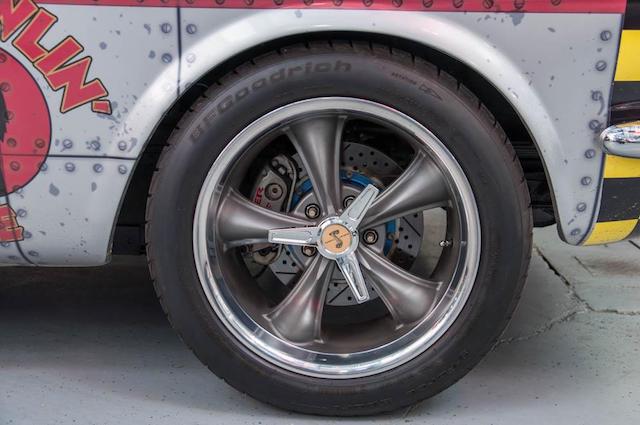 The interior received as much attention as everything else on this Mustang. We especially appreciate how the aftermarket steering wheel and the custom door panel perfectly match the tan leather bucket seats. We also spy a Race Pac gauge set and a mini mural on the center console. 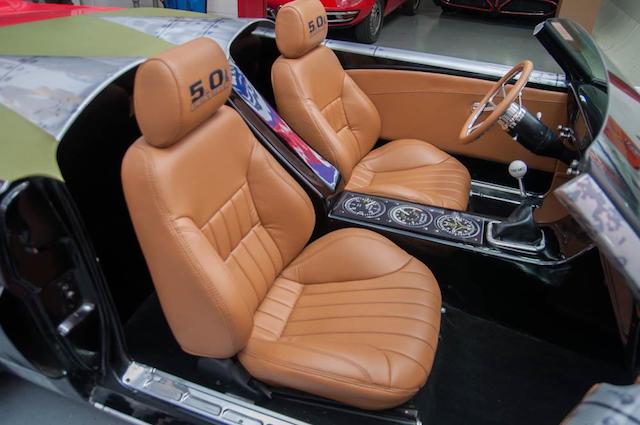 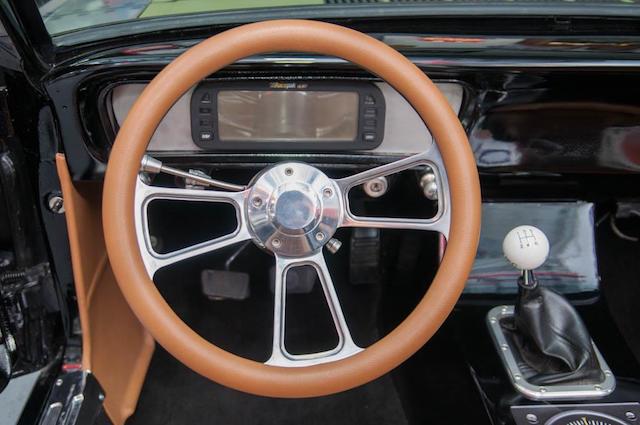 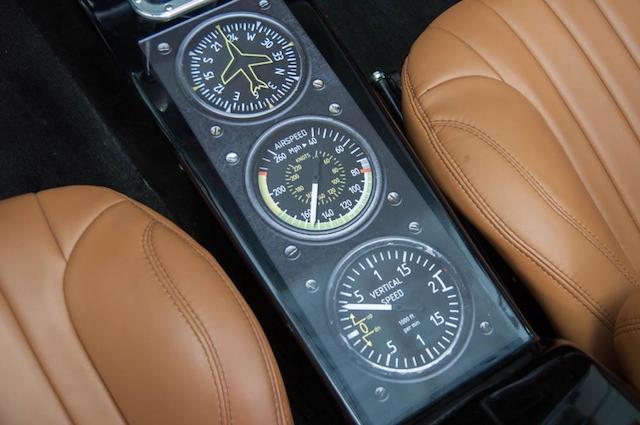 To say we love this Howlin’ Coyote would be an understatement. Everything about it impresses us, and we’ll really envy the lucky auction winner who gets to bring it home. Does it awe you as much as it does us? Tell us on Facebook!