Ford confirms the "All-American" Ford Mustang will be sold in Europe. This new "Global Ford Mustang" is part of Ford's "One Ford" strategy to build cars that can be sold throughout the world. What will this new Ford Mustang be like? Here are the latest rumors. 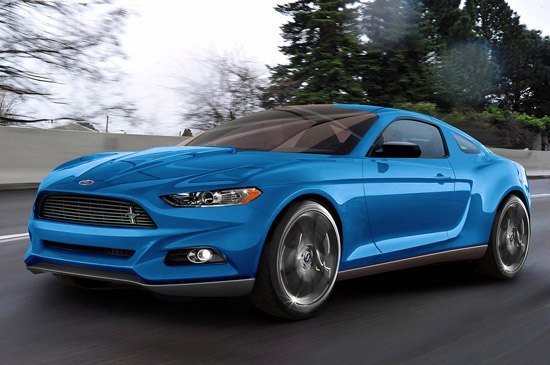 Is this what the Global Ford Mustang will look like? Probably. These pictures from Insideline.com are what a Ford Executive called "Close to it."

A component supplier said on the 2015 Mustang Forum that the new car will be more contemporary, modern with an edgy, curvy look to it. He suggests it will look more like a "modern day 99-04 with a little Aston Martin DBS and Nissan 370Z."
This would concur with photos that Insideline.com is publishing showing the exterior. It definitely looks sleeker while still having the Mustang look to it. 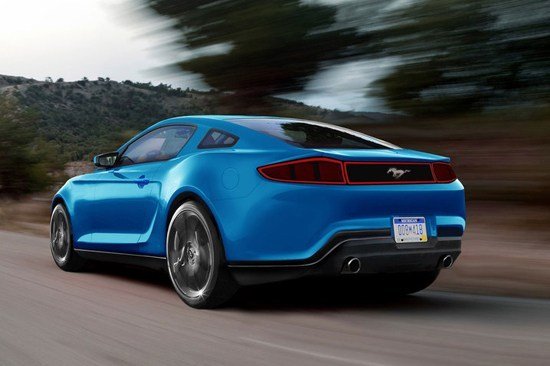 The rear end of the Insideline.com photos sure has that wow factor. Will it have an Independent Rear Suspension? More than likely.

It is also rumored that the rear end will have an edgy tail light look with flared fenders. This combined with a lower roof line gives it more of a "I am a Mustang!" feel to it.

It also seems that it will have a more polished, up scale look since it will have to compete with the BMWs and Audis prevalent in Europe. Competeting with these iconic European cars is very high on Ford's list since it has taken massive losses in Europe and that China is emerging as an important vehicle market. 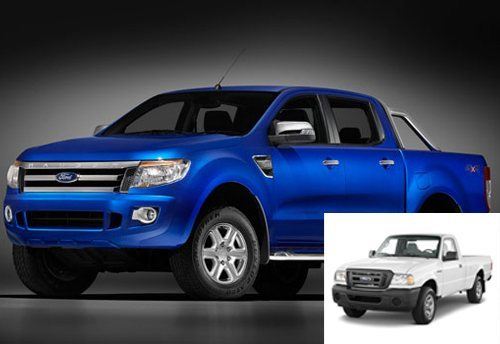 The new Global Ranger sure has more of a stylish, robust look when compared to the last U.S. version (inset). Will the 2015 Global Ford Mustang follow suit.

As Ford did with the Global Ranger, the Mustang might also resemble a sleeker, stylish exterior.

With the higher gas prices in Europe there is some speculation that the V-8 engine will be dropped. This would make a lot of sense. While American's complain about gas prices reaching $4/gallon, European prices can be double that at times.
A more fuel-efficient V-6 makes a lot of sense here. Maybe even an EcoBoost type engine that gets better MPG with great power.

However, it could also make a lot of sense for a diesel-powered Mustang to make an appearance since diesel-powered vehicles are also preventable in Europe (easier air quality requirements). Autoblog.com says that it is certainly possible ... in Europe. The odds of it coming to the U.S. with our EPA requirements, not likely at all.

Most speculation agrees that the new Mustang will have an independent rear suspension. This axle will replace the live rear axle and is likely to help create a smoother ride more like a contemporary car. An independent rear suspension makes a lot of sense if you, again, consider the competitive market it will face overseas. While U.S. buyers love the raw feel that can swing out the rear when desired, Foreign markets seem to prefer more luxury and refinement in their vehicle choices.

An easy speculation to foresee is that the Global Mustang will be right-hand drive. This will mean a flip of many of the transmission and steering components, but that shouldn't be too difficult to manage.
What do you think? Will the Global Ford Mustang sell well in Europe or is Ford making "One Global" mistake?