The internet is buzzing with the rumor that Ford is planning to introduce the 2015 Ford F-150 at the 2013 Detroit Auto Show. Lighter and more fuel efficient, the pickup leader is leading the way again. 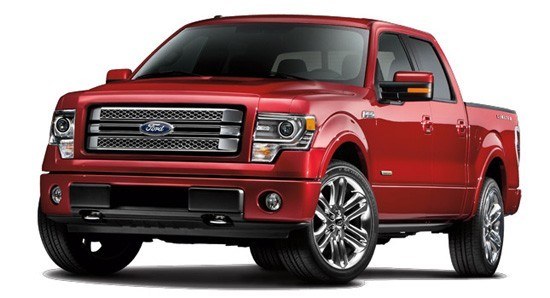 A Ford source has told Reuters, worldwide news agency, that Ford is planning on bringing the 2015 Ford F-150 to the auto show in hopes of stealing GM's spotlight from its new trucks.

Ford plans to introduce a lighter and up to 3 mpg more fuel efficient truck to show consumers it is leading the way in better fuel economy. The feeling is that this is quite different from GM which is touting the power/torque, quieter cab and additional safety features of its new Silverado and Sierra.

In meeting this goal, Ford is working on reducing the overall weight of the F-series trucks by 700-800 pounds. Most people think this is will probably be accomplished by using more aluminum. Sources also say that Ford is working extensively to redo the brakes and axles to lose more weight.

Additionally, Ford is developing a new engine code named "Nano," according to the same source. The source says this new engine will be a 2.9-liter v-6. It will most likely have EcoBoost and be launched in 2016 or later. It is pretty clear that a lighter weight, more fuel efficient engine with EcoBoost is a big competitive advantage for Ford.

The new 2015 F-150 will most likely be a engine/transmission update to the award-winning truck with large scale design changes left out. Already the industry leading truck, this new fuel economy will make it evermore the only choice for serious truck buyers.

What do you think? What do you want to see in the next generation Ford F-series truck?