Only 10GB of Music Storage On 2013 Fords with MyFordTouch

Car technology has come a long way yet it still lags behind most of the computer world. Why? Car development time takes way, way too long. Could this and other factors spell the end to in-car infotainment systems? 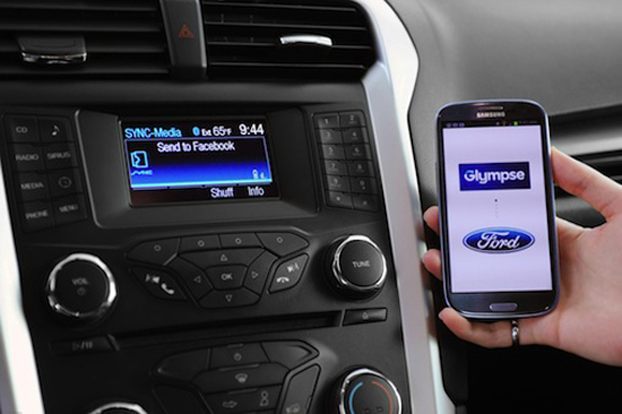 Are infotainment systems on the way out to be replaced by a sync system like AppLink that allows you to control the car with your smartphone.

A good example of understanding how car companies are behind in technology is in the case of the MyFordTouch sync entertainment system that boasts a 10 GB hard drive. While 10 GB was impressive at one time, that time was 3-4 years ago. Nowadays, you can buy a 1 TB hard drive for $100. For comparison, 1 terabyte is equal to 1,024 GB.

In a story on ComputerWorld.com, GM Spokesman Scott Fosgard says it is a matter of the automobile industry not keeping up with the speed of the computer world.

"The iPhone was introduced in 2007. The cars being sold in 2012 and 2013 were just being planned then," said Scott Fosgard, a spokesman for infotainment systems at General Motors told ComputerWorld.

Fosgard points out that in 2007, infotainment systems were ranked 25th on the wish list for GM customers. Now, it is fourth on the list.

The reality is that for automakers, they have a lengthy design and development time period that focuses on reliability and testing. By the time, the car is released, the technology is already dated. This is becoming more troublesome as owners want the car technology to work with their current technology.

"Inside your vehicle, technology has to be able to live from 70 degrees centigrade to minus 40. Your phone and computers don't have to meet those requirements," said Jim Buczkowski, a Henry Ford Technical Fellow and director of Electrical and Electronics Systems at Ford Research and Innovation told ComputerWorld.

Another issue is upgrading navigation systems and infotainment systems. Most of the car infotainment systems like the MyFordTouch required you to go to the dealer to have it upgraded. Now, Ford has upgraded their system with an SD card that consumers could upgrade it themselves. That's a huge step for them.

Yet, there is a long-term is problem threatening in-car infotainment systems. The issue is product life which is very different between consumer electronics and automobiles For example, you might get a new cell phone every 3-5 years (some sooner, some later) while a vehicle could last 5, 10, 15, 20 years. With the rapid changes in technology and the car infotainment systems being tied into other pieces of technology like backup cameras. You can't simply change out one piece of the in-car computer without looking at upgrading other pieces.

The future maybe that the in-car infotainment systems will fade and the growth will be in syncing your smartphone with your car. This would allow the car's computer to serve as a mobile docking station and would be less likely to be quickly outdated.

An approach like this makes a lot of sense from a consumer standpoint too. In essence  if you want music, navigation and other apps, you get them on your phone. If you simply want a radio, the car would still come with one. This would also benefit automakers by saving them development and testing time.

What do you think? Is the in-car infotainment system doomed?